After August’s rebound across the housing market – as mortgage rates tumbled – September was expected to see some slowdown but existing home sales fell significantly (dropping 2.2% MoM against expectations of a 0.7% drop).

Lawrence Yun, NAR’s chief economist, said that despite historically low mortgage rates, sales have not commensurately increased, in part due to a low level of new housing options.

“We must continue to beat the drum for more inventory,” said Yun, who has called for additional home construction for over a year.

“Home prices are rising too rapidly because of the housing shortage, and this lack of inventory is preventing home sales growth potential.” 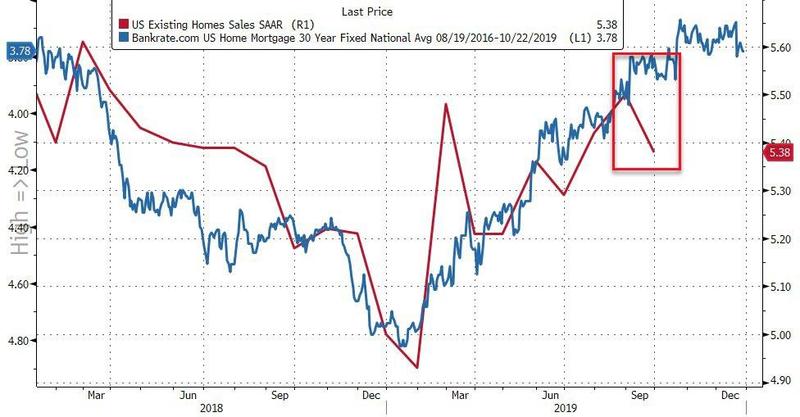 As price once again becomes an issue.

Total housing inventory at the end of September sat at 1.83 million, approximately equal to the amount of existing-homes available for sale in August, but a 2.7% decrease from 1.88 million one year ago. Unsold inventory is at a 4.1-month supply at the current sales pace, up from 4.0 months in August and down from the 4.4-month figure recorded in September 2018.