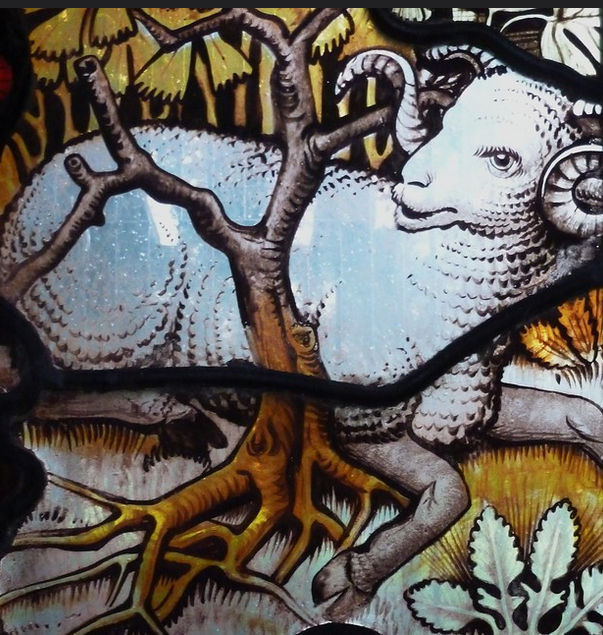 (Sarah A. Hoyt) I read somewhere between amusement and horror that the Biden administration wants THE WORLD to create a worldwide corporate tax, to “alleviate poverty” and so that “everyone pays their fair share.”

Of course the reasons they give are nonsense. There might be some idiots who believe them, but by and large they’re nonsense.

And then I realized why they wanted this, and I started to cackle.

Seriously, guys, they have their horns caught in the thicket.

Rams get their horns caught in thickets because Rams response to anything is to well…. ram it. But thickets catch and don’t let go.

Like Rams, the left — the entire Marxist continuum from social democrat to communist — has a one size fits all solution.

Mostly their strategy is “divide and conquer.” Pit races, classes, etc against the other and then pose as the one thing that keeps these people from killing each other. (“Uniters” you know?)

In the US, and partly because of tech corporations and the stupid way they’re acting, corporations are “the bad guy” though the left culture has painted them as such a long time.

So the dems want to bleed them dry and pay for boondoggles which enrich their cronies but which they sell as “for the people.” Perfect setup, right.

Well, sure, perfect setup when the “corporations” aka, bit employers depended on HUGE infrastructure like vast machinery, etc. As I’ve said before, the left’s ideal world, the place they want us to go back to is the 1930s.

Nowadays most corporations and even manufacturing are mobile. Really mobile.

So their grand strategy can’t work — which I’ve told you for a long time — and they should have known. “Raise corporate taxes” means the corporations flee. “Tax the rich” ditto. And their “let’s stop all gig work” is only going to bite them in the ass as most of it goes underground.

You can’t import a structure from the 1930s and impose it now. If you try, it just runs your head into a thicket. And then you’re stuck.

They’re stuck. They’re re-starting to build the border wall, because they have SOMEHOW tweaked this is not an early industrial society. Illiterate peasants can’t find “good union jobs” and become a voting block. For one coming over the Southern border is not like crossing the ocean on a ship. They aren’t here forever. They’re here for a buck.

And they want the world to tax corporations, because that means the corporations won’t run from the US…. they think. Let’s suppose they manage to impose their will on the world (I doubt it. I think mostly it will be YEARS of discussions in the UN, amounting to nothing.) Other countries will NOT ENFORCE that tax. and the corporations will know it.

The Junta only tells itself it will work.

And then it hit me: it’s the same as the $15 dollar an hour minimum wage. Nothing to do with “living wage.” It’s their attempt to prevent jobs and employers from fleeing blue cities that bleed them dry. If payment is the same everywhere, they’re sure they can keep them because of the “advantages” of cities.

But since the advantages now involve feral homeless camping everywhere, crazy edits on what can be open and closed, releasing criminals to roam the streets, etc. even if they get that national minimum wage…. it ain’t gonna work.

It’s as I told you guys: They can’t win. We can lose (though our loss is another route.) But they can’t win. The economics just don’t work. The country that has financed every other country through Marxist insanity can’t go into it without the world starving. And Marxism falling.

There is no one to SUPPORT us while we go crazy. None of this works.

They have their horns caught in the thicket of reality.

And you can never break free from reality.

Be not afraid. This is going to be horrific, but brief.

To your stations, go. Prepare to survive and rebuild.

Source: According To Hoyt

1 thought on “Their Horns Are Caught In The Thicket”