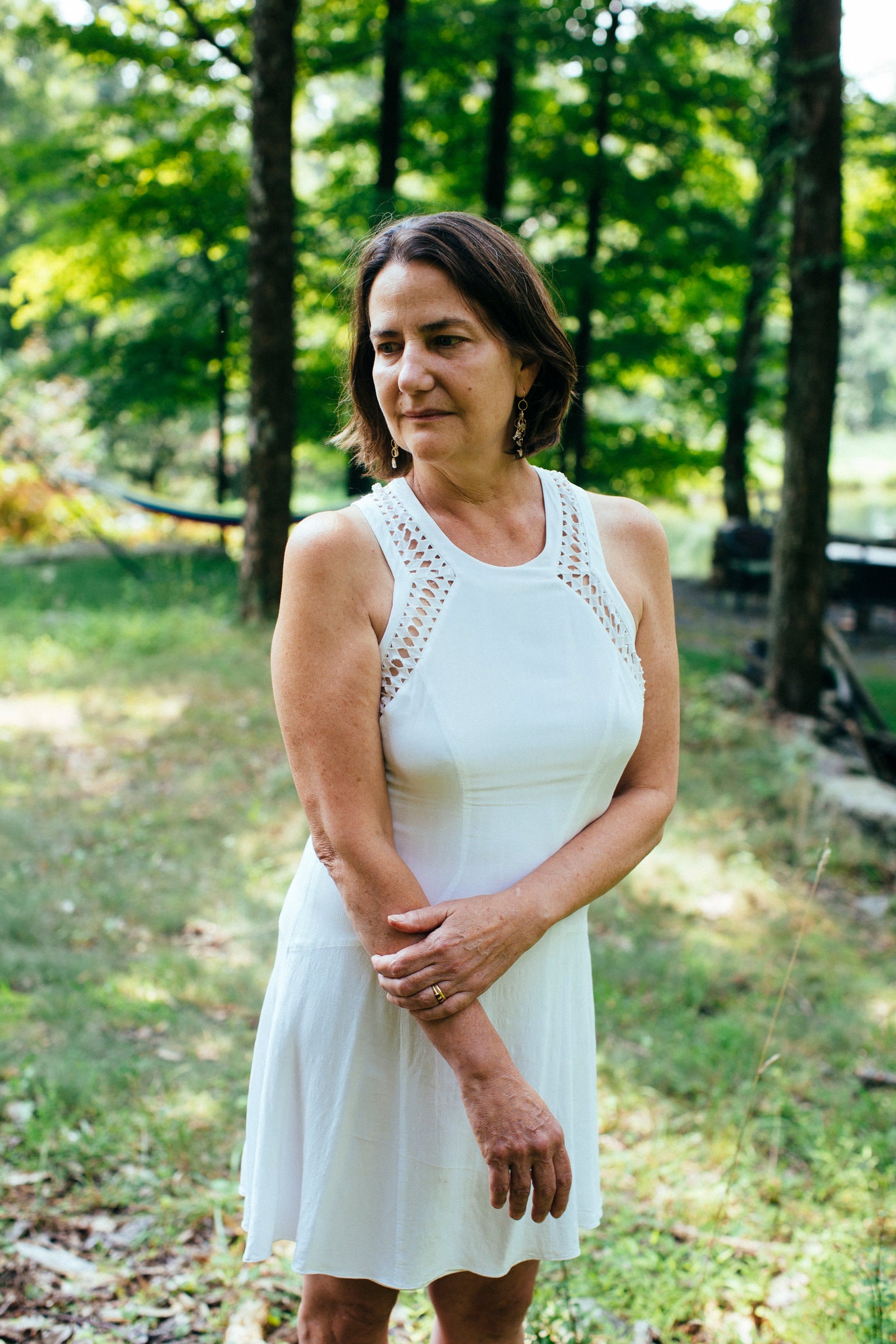 Tracey Dewart helped oversee her father’s brokerage account. A close look at one monthly statement led her to uncover a pattern of unauthorized trades and excessive commissions.CreditCreditSara Naomi Lewkowicz for The New York Times

Tracey Dewart faced a daunting task last summer: moving her 84-year-old mother, Aerielle, from her Manhattan apartment to an assisted living facility in Brooklyn. Her mother, who has Alzheimer’s, didn’t want to go, but there was little choice after she was found wandering near her home on the Upper East Side several times.

It was “physically and emotionally a horrible and overwhelming time,” said Ms. Dewart, 58. “It felt like there had been a death in the family as we had to sort through all of my parents’ belongings.”

And she was about to confront another ordeal — one that could serve as a cautionary tale for anyone who helps manage their parents’ money and, more broadly, anyone who does business with an investment broker.

To help pay for her mother’s care, Ms. Dewart relied on an investment account at J.P. Morgan Securities that her 89-year-old father, Gordon, opened at least eight years ago. The account was already paying expenses for Ms. Dewart’s father — who, after two strokes, was living in the residence that his wife was moving to — and for Ms. Dewart’s younger sister, who lives in a community for adults with developmental disabilities.

Around the time of her mother’s move, Ms. Dewart noticed what looked like unusual activity in the account, which she and her older sister had overseen for about four years. A closer look revealed that it was down $100,000 in a month.

“My own accounts were rallying, so I thought this was strange,” she said.

She notified the firm that something seemed awry. As someone who does research and policy analysis for a living, she also put her own skills to work.

She pored over piles of statements and trade confirmations, built spreadsheets and traded phone calls and emails with the broker who handled the account, Trevor Rahn, his manager and the manager’s manager. She hired a lawyer and worked with a forensic consultant.

After about six months, she learned that the account, worth roughly $1.3 million at the start of 2017, had been charged $128,000 in commissions that year — nearly 10 percent of its value, and about 10 times what many financial planners would charge to manage accounts that size.

In August 2017 alone, Mr. Rahn had sold two-thirds of the portfolio, or about $822,000, and then reinvested most of the proceeds, yielding about $47,600 in commissions, according to monthly financial statements and an analysis by Genesis Forensic Consulting, the firm Ms. Dewart’s lawyer hired.

A statement listed all 344 trades that month as “unsolicited” — meaning, in Wall Street terms, that they were the customer’s idea, not the broker’s. But Ms. Dewart said she had not authorized the transactions and had only discussed a few specific ideas with Mr. Rahn, including possibly selling some Exxon shares if cash was needed. 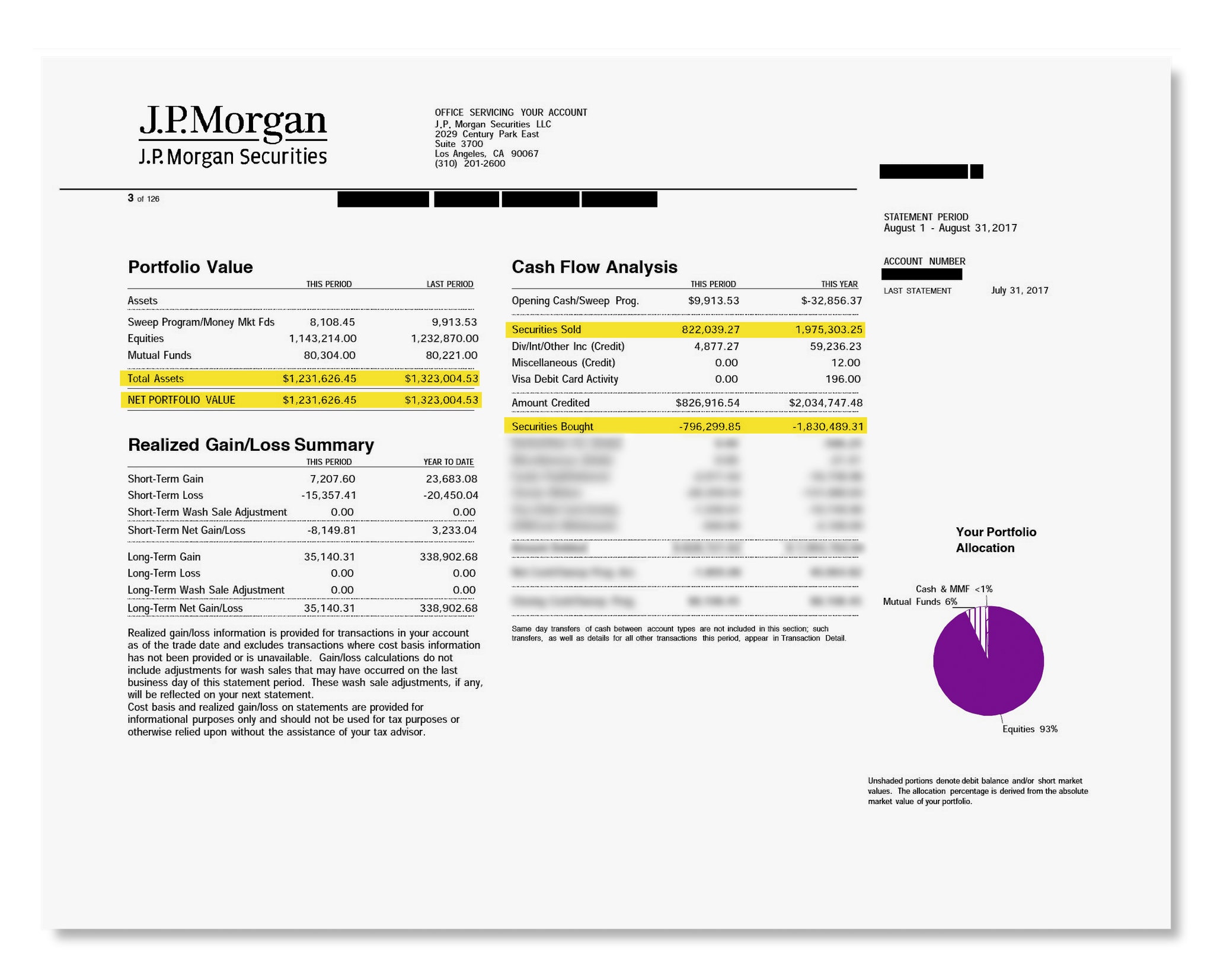 An August 2017 statement showed that the Dewarts’ portfolio was down about $100,000 in a month and that roughly two-thirds of the stocks in it had been sold in that time.

Something else was unusual. Mr. Rahn was selling stocks in small batches multiple times a day. In April 2017, he sold between 75 and 125 shares of Exxon eight times in one day, rather than all at once, generating commissions on each sale.

“These are not just bad choices,” said Laura Levasseur, the president of Genesis Forensic. “This is frantic trading.”

Ms. Dewart also discovered that the Exxon stock and other investments were being held in a margin account, which lets customers use borrowed shares to make bigger bets, potentially amplifying gains and losses. She said she never approved opening such an account.

“I had implicitly trusted Trevor because my father did,” she said. Her father had first put his investments in Mr. Rahn’s care when the broker was at Deutsche Bank, and had followed him to J.P. Morgan in 2010.

About five months after Ms. Dewart questioned Mr. Rahn’s handling of the account, J.P. Morgan had canceled 681 of the 1,499 transactions for 2017, crediting about $84,000 in commissions, according to Genesis. That left 818 trades and commissions totaling about $44,000 for the year — about 3.8 percent of the account’s value, still triple what many financial planners would charge.