(CNSNews.com) – Americans on average spent more on taxes than on food and clothing combined in 2017, according to the Bureau of Labor Statistic’s new data on consumer expenditures, which was released this month.

“Consumer units” (which include families, financially independent individuals, and people living in a single household who share expenses) spent an average of $9,562 on food and clothing in 2017, according to BLS. 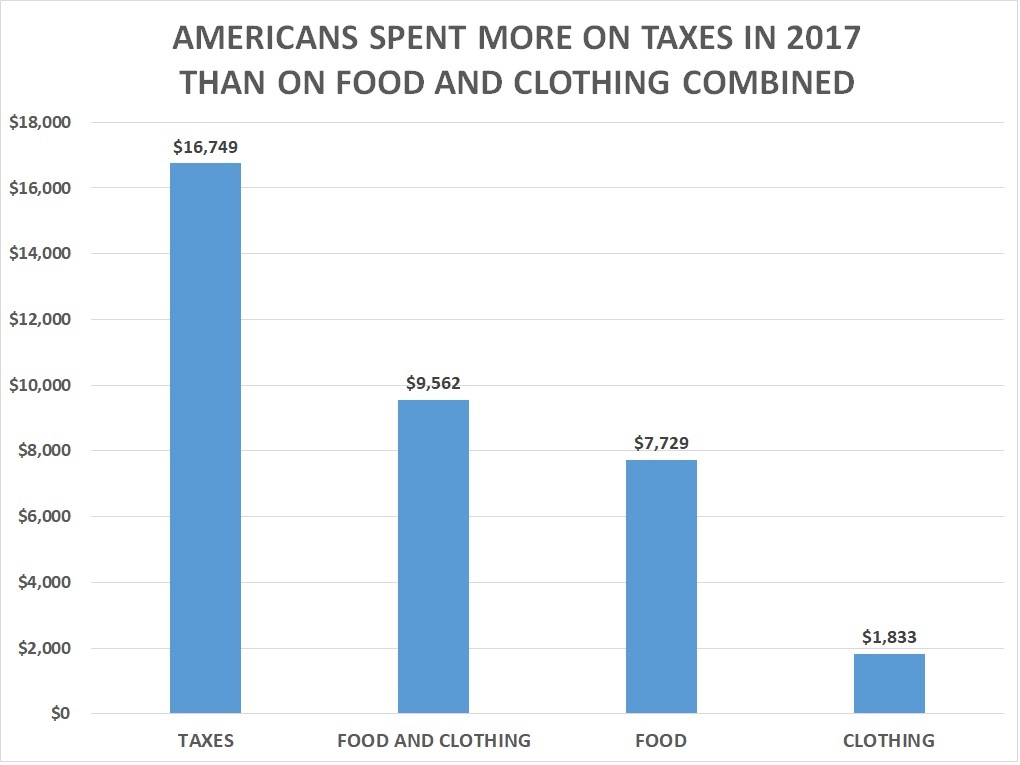 At the same time, according to the BLS data, the average consumer unit spent $7,729 on food in 2017 and $1,833 on apparel and services—bringing the total average spending for food and clothing for the year to $9,562.

“A consumer unit,” BLS says, “is defined as either (1) all members of a particular household who are related by blood, marriage, adoption, or other legal arrangements; (2) a person living alone or sharing a household with others or living as a roomer in a private home or lodging house or in permanent living quarters in a hotel or motel, but who is financially independent; or (3) two or more persons living together who pool their income to make joint expenditure decisions.”

These consumer units had an average before-tax income of $73,573 and their largest average expenditure was $19,884 for housing–a sum that included the average property tax bill of $2,065.

2 thoughts on “BLS: Americans Spent More on Taxes Than on Food, Clothing Combined in 2017”