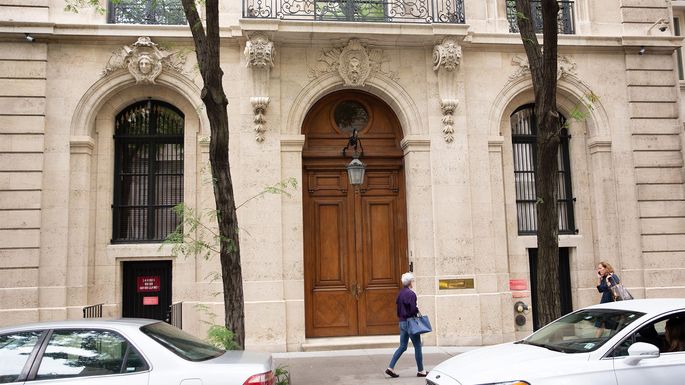 (Jeanette Settembre) Jeffrey Epstein lived in what’s reportedly one of the largest private homes in Manhattan, where he allegedly sexually abused under aged girls, an allegation so horrific, real-estate experts say people will go out of their way to avoid walking down the block.

Epstein has pleaded not guilty to the charges.

Epstein’s seven-story, 21,000-square-foot Upper East Side home near Central Park is reportedly valued at $56 million, and if the home ever hits the market again, the stigma from the financier’s alleged sex-trafficking scandal will likely diminish its worth.

“After an event like this occurs, and the public becomes aware of it, all of a sudden the value drops significantly,” real-estate appraiser Orell Anderson, who valued the homes where Nicole Brown Simpson and JonBenet Ramsey were murdered, told MarketWatch.

“When tragedy or crime occurs at a home, it could take years before it ever sells, even if it’s a high profile residence”

One might find what’s inside the mansion disturbing even without knowing the harrowing acts that occurred inside.The home is reportedly adorned with unsettling decor choices, like a female doll hanging from the chandelier, and a self-portrait Epstein reportedly commissioned of himself portrayed in a prison scene behind barbed wire in the middle of a corrections officer and a guard station, according to The New York Times. All of those adornments, of course, would be removed in lieu of any sale.

When tragedy or crime occurs at a home, it could take years before it ever sells, even if it’s a high profile residence. And when it does, the buyer usually gets a discount on it, and the market value could take years to bounce back, if it ever does, Anderson says.

Homes where something as extreme as a murder occurs can often decrease a property’s value by 25% because of physical damages to the house like blood stains, or the lingering smell of dead bodies, Anderson explains. Then there’s the stigma of living in a house where someone was killed, or a tragedy happened.

After O.J. Simpson’s former wife Nicole Brown Simpson and her 26-year-old friend Ron Goldman were found dead outside of her Brentwood home in 1994, Brown Simpson’s family tried to sell it, but no one wanted to buy a home where a double homicide occurred.

“The property in the short-term would take a significant hit to what its potential would be.”

“Whenever there is a tragedy, generally speaking, at least in New York, the property in the short-term would take a significant hit to what its potential would be,” Miller explained.

He said Epstein’s Upper East Side mansion is especially unique because there’s only a handful like them on the block near Central Park. “I find that within a few years that generally fades away and even accelerates when you have a unique property or housing shortage.”

How to salvage and attempt to sell a cursed property

Once the dust settles after a tragedy, there are physical changes that can be made to present the property in a new light.

“It’s best to make the house look different from the pictures of it in the media so that people don’t immediately recognize it.” Anderson says, of changing the facade. “Put in more lights or change the color of the walls so there’s a perception that things have changed.”

That could mean investing in landscapers to add more plants to the front entrance to make it look more inviting, or changing the color of the home to make it appear brand new so perspective buyers don’t associate the property with it’s dark history.

However, real-estate agents are typically obliged to reveal the history of a house, especially if there were serious crimes committed there such as a murder, to a prospective buyer.

To boost the value of Simpson Brown’s home, it underwent a massive renovation and an address change so prospective buyers wouldn’t associate the condo with its past. It took more than a decade to bounce back selling for $1.72 million in 2006, according to realtor.com.

In the DeFeo murder home, granite counter tops, a heated sun room, fireplace and home sprinkler system were added likely to help boost the value in 2016 before it sold a year later.

Homes where tragedies occur can be redeveloped, turned into memorials or destroyed

Anderson says another way to restore a property that’s been plagued by crime or violence is to demolish it and rebuild something completely new, like turning a single-family mansion into an apartment building or office space depending on what zoning and land laws permit.

“If you had the kind of money, you could tear down the home and make it into something different,” Anderson said. In other cases, like an act of terrorism or a mass shooting, sometimes homes or the place where a tragedy occurred are destroyed all together, Anderson noted.

When the DeFeo murder home first sold in 1975 after he was convicted, the buyers reportedly moved out nearly a month after they moved in because they allegedly heard voices telling them to “get out.” It could be worth getting an energy healer or spiritual leader to come in and cleanse the house, Anderson says, to put potential home owners at ease.

“If your market demands it, you could get your local priest or energy healer to come exercise the bad spirits. It might sound ridiculous, but that seems to be calming for people who believe in ghosts, or have superstitions,” Anderson says. 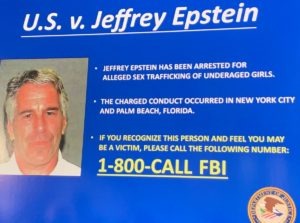 It seems like the whole Epstein thing was an elaborate professional blackmail operation intended to ensnare the rich and powerful. But who was really behind it, who was really bankrolling Epstein?

We really need to get to the bottom of this for all the right dominos fall.