(Volfefe begins today) One day before the ECB is expected to cut rates further into negative territory and restart sovereign debt QE, moments ago president Trump resumed his feud with the Fed piling more pressure on Powell to cut rates “to ZERO or less” because the US apparently has “no inflation”, while also crashing the conversation over whether the US should issue ultra-long maturity debt (50, 100 years), saying the US “should then start to refinance our debt. INTEREST COST COULD BE BROUGHT WAY DOWN, while at the same time substantially lengthening the term.” 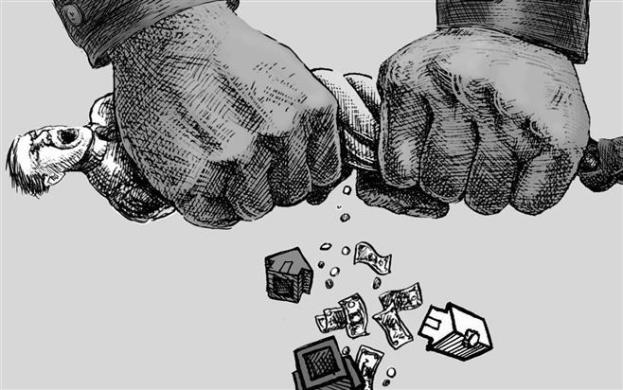 At least we now know who is urging Mnuchin to launch 50 and 100 year Treasuries. What we don’t know is just what school of monetary thought Trump belongs to – aside from Erdoganism of course – because while on one hand Trump claims that “we have the great currency, power, and balance sheet” on the other the US president also claims that “the USA should always be paying the lowest rate.” In a normal world, the strongest economy tends to pay the highest interest rate, but in this upside down world, who knows anymore, so maybe the Fed has just itself to blame.

Trump’s conclusion: “It is only the naïveté of Jay Powell and the Federal Reserve that doesn’t allow us to do what other countries are already doing. A once in a lifetime opportunity that we are missing because of “Boneheads.”

….The USA should always be paying the the lowest rate. No Inflation! It is only the naïveté of Jay Powell and the Federal Reserve that doesn’t allow us to do what other countries are already doing. A once in a lifetime opportunity that we are missing because of “Boneheads.”

Expect even more badgering of the Fed once the ECB cuts rates tomorrow.

One parting thought: if Bolton was fired for disagreeing with Trump over the Taliban, we wonder just how stable Powell’s job will be once the market actually does drop.