As a result of the coronavirus outbreak, and the ensuing lock down, the commercial property market has essentially frozen.

Buildings that were used for all types of purposes: offices, diners, restaurants, hotels – they’ve all been shut down. And industries like the travel industry are forgoing $1.4 billion per week in revenue, according to Bloomberg. 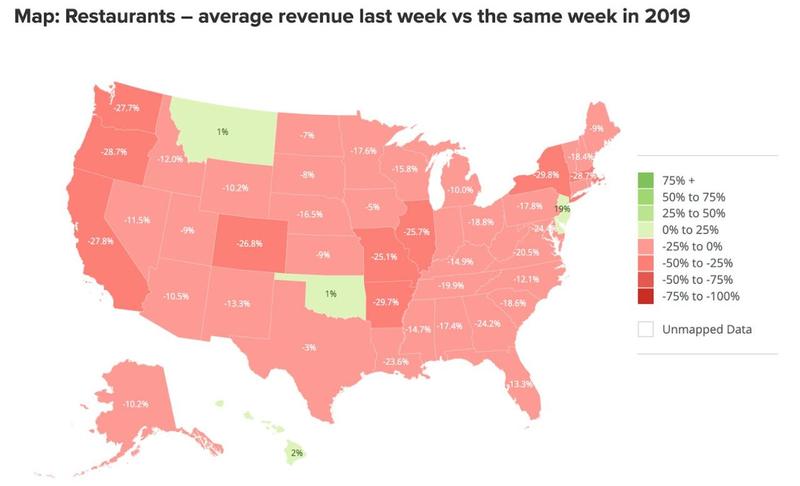 The shutdown is also having an effect on apartment buildings and industrial properties. Nothing is off limits, and it’s sending the commercial property market into chaos.

Alexi Panagiotakopoulos, partner at Fundamental Income, a real estate strategy firm, said: “On the investor side, there’s widespread panic. There’s downward pressure on every aspect of every asset class.”

And there’s no way to value a market when you don’t have a bid and an offer – and you’re not sure when the market will “re-open”. Further, there’s no way to try and model the future value of such properties when everyone is unsure of what the real estate landscape will look like when everything is said and done.

It’s estimated that investment activity in the space could fall by 45% this year, which would be further than post-9/11 or the 2008 financial crisis.

The drumbeat of large deals has already gone silent. For example, Bloomberg reports that the Canada Pension Plan Investment Board’s planned sale of a 50% stake in the 900 million pound Nova development in London’s Victoria district collapsed on Friday. Similarly, Singapore-based ARA Asset Management Ltd., which was lined up to purchase the pension fund’s half of Nova, has balked on the deal.

More than $13 billion in funds in the UK has been frozen in property funds while appraisers warn that the virus makes it impossible to assess their value. China’s office market has been devastated with plunging rents and spiking vacancy rates, which could climb as high as 28% next year in Shanghai, according to estimates.

REITs in the U.S. have been destroyed. Names like Brookfield Property Partners, which made a $15 billion bet on malls in 2018, expects “severe consequences” in coming weeks. The company’s CEO says it has $6 billion in undrawn credit lines and cash.

Matthew Saperia, an analyst at Peel Hunt, commented on the potential threat to landlords: “The implications could be far-reaching, but quantifying these is highly speculative at present.”

As the uncertainty grows, the level of credit available begins to shrink. Financing has dried up for hotel, mall and senior living projects and it’s estimated that up to 15% of loans on commercial property could default over the next couple of years if the recession continues.  The value of commercial mortgage-backed securities is collapsing…

Mark Fogel, CEO of Acres Capital, commented: “Nobody knows where deals will be priced and nobody knows just how long this issue is going to affect the world and how much it’ll affect the underlying collateral.”‘

And Minerd believes there won’t be a “back to normal” once this is all over: “I think there’s going to be a permanent change. People are more comfortable at home. Why do they need to commute?”