While the mainstream media understandably focuses on the here and now of the pandemic, some commentators are looking at the long-term consequences. Here is a small sampling:

Coronavirus Will Require Us to Completely Reshape the Economy

Florence Hit by the Coronavirus: The Curse of Hyperspecialization

We’re not going back to normal: Social distancing is here to stay for much more than a few weeks. It will upend our way of life, in some ways forever (MIT Technology Review)

While each of these essays offers a different perspective, let’s focus on the last two: Ugo Bardi’s essay on Hyperspecialization and the technological responses described in the MIT Technology Review essay.

We can think of these as direct (first order) and indirect (second order) effects.

The MIT Technology Review article focuses on direct effects, i.e. how to deploy technology to identify people with the virus, track their recent movements and who they might have exposed to the disease, tech-driven regulations that would limit the movements of infected (such as we see in China now), etc.

Bardi’s first-hand account from Northern Italy touches on an indirect effect:the profoundly negative impact of a hyperspecialized economy that is suddenly disrupted. In this case, the specialization is tourism, but there are other examples, many driven by hyper-globalization.

The net result is increasing reliance on one globally competitive industry for jobs, tax revenues, etc.–in essence, the modern-day equivalent of a monoculture plantation or single-industry factory town.

When the plantation or factory closes, there’s no economically diverse ecosystem to pick up the slack.

If tourism doesn’t rebound very quickly, all the local economies that became hyperspecialized to serve global tourism (enabled by low-cost airfares and credit cards) will be gutted.

The second order effect of the pandemic will be the wrenching transformation of these local economies into a much broader economic ecosystem that will have to be moated from globalized competition. For example, grapes flown in from locales 3,000 miles away will be banned or heavily taxed so local grapes can compete.

A great many inefficiencies have been sustained by hidebound, self-serving institutions and cartels which have moated their industries from competition.These include higher education, healthcare, the defense sector and the recent crop of Big Tech monopolies (Facebook, Google, et al.).

A number of people have already noted that remote online classes have become the norm out of necessity, and this has revealed the incredible inefficiency of maintaining enormously costly campuses and bureaucracies for coursework that can be completed anywhere.

I wrote an entire book outlining how a superior education could be delivered for 10% of the current cost (roughly $120,000 for a four-year state college diploma). (The Nearly Free University and the Emerging Economy)

While the large research universities need students to physically be present to operate the machinery of experiments and research, the vast majority of undergraduate coursework does not require physical presence. In many lab settings, whatever physical presence is required could be drastically compressed in time or shifted to remote control of lab tools.

The same transition will occur in Corporate America as managers accept that there are few absolutely essential reasons to demand workers squander huge amounts of time and money transporting themselves to centralized workplaces.

The trend to remote work is not new, but it is now being accelerated past the point that hidebound managers will be able to demand a return to the inefficiencies of the former status quo.

This shift to decentralized, networked remote work will have a devastating impact on the commercial office sector. A very large percentage of the already-excessive supply of office space will be surplus, and it won’t be cheap or easy to transform offices into residential living spaces.

(An entire floor of office space might have one set of bathrooms and a single utility kitchen; every living unit will of course require its own bathroom and kitchen.)

The financial fragilities and vulnerabilities that are now becoming apparent are not limited to hyperspecialization and globalized monoculture economies. The cost structure of most small enterprises was burdensome even in the best of times: rent, utilities, fees, taxes, regulatory compliance, insurance, labor overhead and so on are now crushingly costly, and once revenues decline by even modest amounts, the small businesses are no longer viable.

Costs such as rent, healthcare insurance, local fees and taxes are notoriously “sticky,” meaning the default setting is to ratchet ever higher. These costs don’t drop unless there is a full-blown crisis such as mass bankruptcies of commercial landlords and cities.

Thus we can anticipate a culling of all the marginal, struggling small businesses in the pandemic recession, and a weak or non-existent emergence of new businesses in the future to replace those lost, as revenues will remain weak while costs will only increase.

Few observers are pondering the psychological changes that the pandemic have unleashed. To take an obvious example, consumers will no longer be able to maintain confidence in their incomes or the market value of their labor and assets. This uncertainty will naturally encourage savings rather than frivolous spending and debt, and this change will depress consumption.

Status quo policies such as lowering interest rates will not change this psychological shift in the tides.

Lowering interest rates to zero won’t mean credit cards, auto loans and mortgages will be interest free, and lower rates won’t change the reality that incomes and asset prices may decline or remain uncertain for years to come.

The world has changed, and the only things we know with certainty are 1) a return to the pre-pandemic status quo is not possible and 2) this is a positive development.

Put another way: eras end. No matter how glorious or inglorious they may have been, eras end and a new era begins. Welcome to 2020. 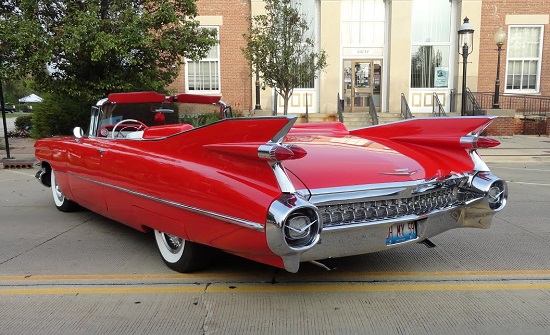