Has anyone given credit to the coronavirus for exposing the general folly of our time? We’ve yet to find mention of it. Not even on the web. Here we shall do our part to give proper credit where credit is due…

Numerous stimulus proposals are currently being cooked up in Congress.  In an election year, with unemployment going vertical, now’s the time to cash in on populist sentiments. The three leading bills, for example, are the Automatic Boost to Communities (ABC) Act, the Emergency Money for the People Act, and the Monthly Economic Crisis Support Act.

With names like that, what’s not to like?  The main ingredient for each proposal is a $2,000 monthly stimulus check. The variance between the three is in duration and eligibility.

The ABC Act, which was introduced by Congresswomen Rashida Tlaib and Pramila Jayapal, is the most ambitious. This act is centered on $2,000 monthly payments to all taxpayers – and their dependents – for a payment period that extends one year after the termination of the declared coronavirus emergency… whenever that may be.

So, if we follow, a family of four stands to receive $8,000 per month for well over a year.  Incredible!  But that’s not all…

There are no eligibility criteria… save the requirement that nonresident aliens have been in the U.S. since December 19, 2019. Plus, an additional $1,000 monthly payment would continue for 12 months after the end of the initial payment period.

The price tag: Upwards of $10 trillion.

By our estimation, these downward steps have been underway since Neil Armstrong first stepped foot on the moon. However, the assassination of Archduke Franz Ferdinand at the hands of Gavrilo Princip may be a more accurate turning point.

By now it’s obvious to any honest observer that western civilization is circling the toilet bowl.  The ABC Act of Tlaib and Jayapal, as an answer to state sponsored destruction of the economy, offers a case in point. The solution, you see, is more of the problem.

By and large, the challenges facing the economy have everything to do with central government. Over the last 40 years, as the Fed and the Treasury colluded to rig the financial system in totality, wealth has become ever more concentrated in fewer and fewer insider hands.  The effect over the last decade has been a disparity that’s so magnified few can ignore it.

Discontent throughout the broad population will take a financial crash and an economic collapse, and transform it into a complete societal breakdown. The effect will be helter-skelter. And the central planners have already failed a test of their making.

When the coronavirus panic attacked financial markets in March the central planners at the Fed made a grave error. Rather than employing small government and sound money solutions – that is, rather than letting over indebted corporate dinosaurs go extinct – the Fed flooded financial markets with liquidity.

These bailouts saved the dinosaurs. But they also transmuted them into zombies.  Now, with an economy full of zombies, the 18 month depression will extend for a decade.

Yet what the Fed wasn’t banking on was that the plebs were on to their mischief. The 2008-09 bailout of Wall Street via AIG had opened their eyes and minds to what’s possible. So as the Fed went into full big business bailout mode, the plebs started asking…where’s the people’s bailout?

What’s more, the people had a moral case to make. Through no fault of their own, state sponsored destruction, in response to the coronavirus, had eradicated their jobs.  Hence, it’s only fair that the people get a bailout too, right?

The CARES Act, which included a $1,200 stimulus check and an additional $600 weekly payment for the unemployed, offered many people their first taste of the forbidden fruit of free money.  They took a bite and – wow! – they liked it. And now they want more…

When money’s free, the supply’s infinite…ain’t it? 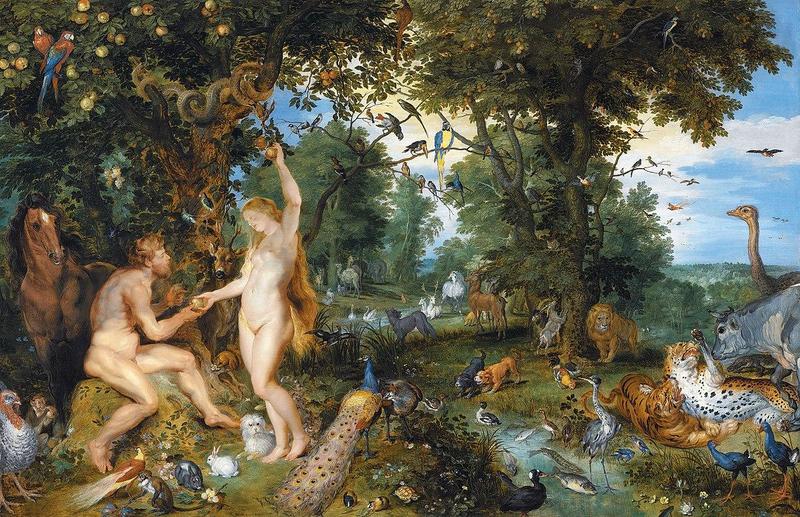 There’s something irresistibly magical and intoxicating about the promise of free money.  For it promises life without labor… and life without limits. Moreover, once a nation has taken a bite there’s no going back. Free money, you see, is so delicious that too much is never enough.

Who knows if the ABC Act will pass. But some stimulus bill with monthly checks will.  And after that another will follow. And another.

“There is a great deal of ruin in a nation,” once remarked Adam Smith.

The coronavirus, to its credit, has clarified the source of the ruin.

Excellent perspective. Maybe we don’t have it that bad? It’s a mess out there now. Hard to discern between what’s a real threat and what is just simple panic and hysteria. For a small amount of perspective at this moment, imagine you were born in 1900.

On your 29th birthday, the Great Depression begins. Unemployment hits 25%, the World GDP drops 27%. That runs until you are 33. The country nearly collapses along with the world economy.

When you turn 39, World War II starts. You aren’t even over the hill yet. And don’t try to catch your breath. On your 41st birthday, the United States is fully pulled into WWII. Between your 39th and 45th birthday, 75 million people perish in the war.

Smallpox was epidemic until you were in your 40’s, as it killed 300 million people during your lifetime.

At 50, the Korean War starts. 5 million perish. From your birth, until you are 55 you dealt with the fear of Polio epidemics each summer. You experience friends and family contracting polio and being paralyzed and/or die.

At 55 the Vietnam War begins and doesn’t end for 20 years. 4 million people perish in that conflict. During the Cold War, you lived each day with the fear of nuclear annihilation. On your 62nd birthday you have the Cuban Missile Crisis, a tipping point in the Cold War. Life on our planet, as we know it, almost ended. When you turn 75, the Vietnam War finally ends.

Think of everyone on the planet born in 1900. How did they endure all of that? When you were a kid in 1985 and didn’t think your 85-year-old grandparent understood how hard school was. And how mean that kid in your class was. Yet they survived through everything listed above. Perspective is an amazing art. Refined and enlightening as time goes on. Let’s try and keep things in perspective. Your parents and/or grandparents were called to endure all of the above – you are called to stay home and sit on your couch.