The economic realities that a V-shaped recovery is not possible in the back half of 2020 are being realized in Baltimore’s downtown area. 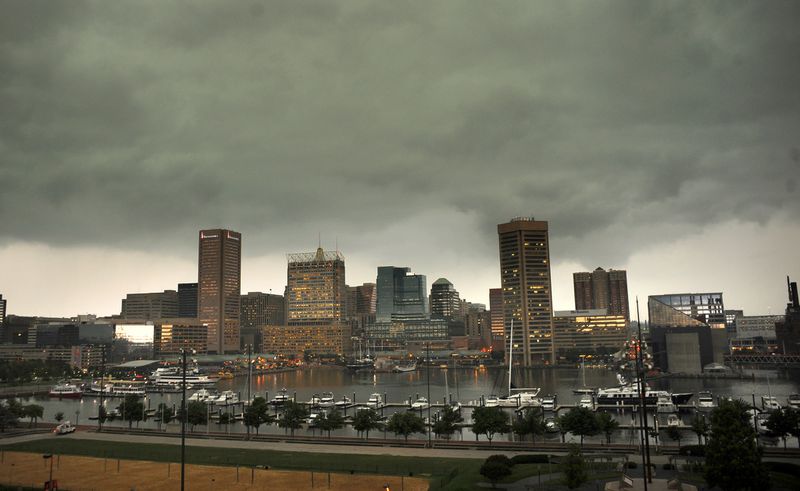 The Downtown Partnership of Baltimore (DPOB) published its annual State of the Downtown report on Tuesday and there are new concerns the COVID-19-induced recession from quarantining healthy people for the first time in history will have long-lasting impacts. 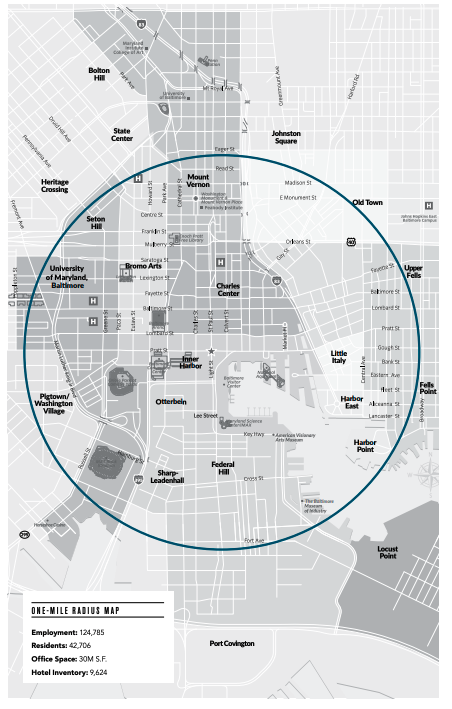 “The areas that were impacted, as you can imagine more significantly tourism, restaurants, some of our cultural institutions… and those are the ones that we really have to rally behind now,” DPOB President Shelonda Stokes told WJZ Baltimore.

DPOB conducted two surveys in mid-March, just around the time, Maryland Gov. Larry Hogan initiated virus-related lock downs. Out of 150 respondents, DPOB said strict public health orders heavily impacted at least 94% of the businesses in the downtown district. About 29% of respondents said it would take upwards of three months to recover.

The survey found hospitality and restaurant/food service industries were the most impacted. It said restaurants, hotels, and retail shopping stand to lose billions of dollars. Nevertheless, DPOB claims COVID-19 has directly and indirectly impacted 46,000 jobs.

“We’re at a place that you could see even from the consumer sentiment survey that we’re still fearful. We’re cautiously re-entering, we’ve been comfortable in our homes, we’ve figured out how to work from home and be effective,” Stokes said.

Baltimore City is facing a double whammy – it’s not just the virus that has deterred people from traveling to the Inner Harbor area – but also crime across the city is out of control. On a per-capita basis, the city is one of the most dangerous in the country. Readers may recall our countless articles on the socio-economic implosion of Baltimore, starting years before the pandemic.

DPOB is confident some businesses may not survive the virus-induced economic downturn and urged residents to support local businesses in this time of crisis.

What’s unfolding in Baltimore is just one example of how a V-shaped recovery in city centers across the country is, by far, a distant dream, and, in fact, complete bullshit.

Days ago, readers may recall we noted a quarter of all personal income in the US now comes from the government – this shows how reliant the population has become on the government, or should we say socialist Trump checks.

Twitter handle Long View pointed out last week that “Retail sales bounced back like a rubber band because of stimulus (Trump checks, PPP, UE bonus). It’s all over in a few weeks & with the new uptick we likely see at least 6 more weeks of contraction with no plug. The real hit starts now.”

Knowing the backdrop of consumers, as to how they’re very reliant on Trump checks for consumption, there can be no V-shaped recovery this year – nevertheless, commercial shopping districts like the one in Baltimore – will remain depressed for the foreseeable future which will result in a period of high unemployment.

All of this comes at the worst possible time for Baltimore as the population crashes to a 100-year low – the tax base is collapsing as folks are quickly exiting the city for the suburbs. Coronavirus has exposed just how fragile the economy, society, and municipalities really are, which suggests the worst of the crisis is ahead.