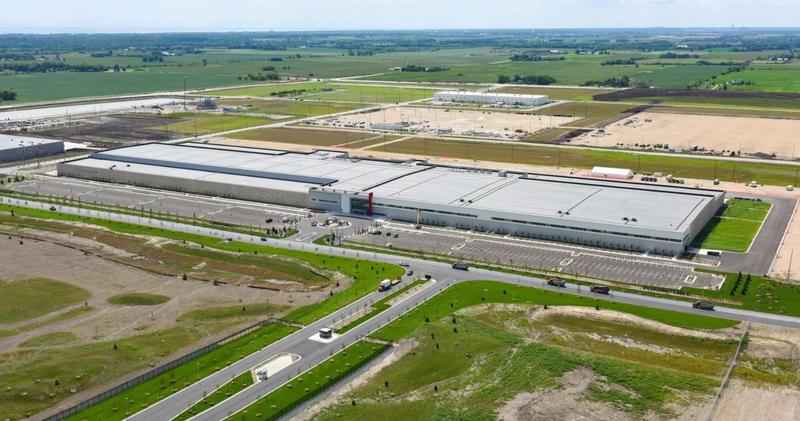 In fact, the factory isn’t even big enough to serve as a smaller Gen 6 LCD “fab”. In a report published this week by the Verge, following an FOIA battle with the state of Wisconsin, shows that the factory isn’t really a factory at all – it’s essentially a warehouse that would be better suited for product demonstrations than commercial use.

The determination essentially confirms the state’s worst fears: Foxconn and its founder, Terry Guo, never intended to actually build a factory in Wisconsin. They were merely in it to try and take advantage of whatever ‘tax credits’ the state – at the time led by Republican Gov Scott Walker – might hand out.

So far, the state has seemingly wasted hundreds of millions of dollars on preparations for the factory site. But thanks to Foxconn’s repeated failures to hold up its end of the bargain as laid out in a contract between Foxconn and Wisconsin’s Division of Executive Budget and Finance, the state entity responsible for overseeing the project, none of the state subsidy money has been disbursed.

And in this latest document, which offers more insight into why the state has decided to withhold the money (read more about the original denial here),

Joel Brennan, Wisconsin Secretary of the Department of Administration and one of the state officials who signed the memo shared by the Verge, told its reporter that “clearly the Gen 6 that’s been discussed and built in Mount Pleasant is not similar to other Gen 6 fabs around the world.” Brennan said the memo was an attempt to share the state’s findings and those of industry experts to try and cut through the confusion and mystery that has permeated the project.

“There was justified criticism of the [former Governor Scott] Walker administration for entering into this contract, and not really getting any outside experts for an industry that was new to Wisconsin,” Brennan said. “This is about making sure that we can use the best expertise that we have inside and outside state government so that we can make the best decisions possible.”

At the end of the day, all that Foxconn gave the state of Wisconsin was empty promises and empty buildings, the state alleged.

As the Verge recently reported, Foxconn has filed a request to use the site for storage. Any ‘assembly’ work that might be done at the factory would likely be late stage final assembly, which wouldn’t have anywhere near the kind of impact on the local economy that Foxconn promised.

As the memo makes clear, it’s likely that Foxconn entered into the deal as an attempt to effectively scam an American state. As the memo explains, Foxconn has engaged in hiring practices that appear specifically designed to fool the state in parting with the subsidy money: the company hires new graduates from the US and abroad in binges right before a state subsidy deadline, only to fire them all during the following weeks and months.

The company has, for more than a year now, maintained an eerie silence, refusing to engage with the state, or answer any questions from the oversight board, while continuing to lodge requests – for subsidies, or for change-of-use, or whatever else the company might need – related to what is by all accounts a “fake” factory. Only 281 people are employed by the project, according to the state, a tiny fraction of the 13,000 workers it was supposed to hire.

For its part, Foxconn is playing hard ball. It has accused the state of reneging on its promises, and has claimed that many of its Chinese workers have experienced a ‘culture clash’ like that depicted in the Netflix doc “American Factory”. Now, it appears Terry Gou has found a new way to keep the scam running a little longer: he’s promising to ramp up work on the factory if President Trump wins.

“Foxconn will work as a partner with those who treat the company as a partner,” Gou wrote. “Foxconn will remain committed to the completion and continued expansion of our project and investment in Wisconsin as long as policymakers at the federal, state, and local levels remain committed to Foxconn and the very important technology development goals driving the company’s investments, as President Trump has done.”

Regardless of what happens on Nov. 3, this appears to be just another confidence game being run by a ‘Taiwanese’ company that nevertheless has close ties with Beijing. Read more about the ‘fake American factory’ in the memo here.