Normally the spring is a low point for US imports, but this year imports are unseasonably high because of strong demand and bottlenecks that emerged in 2020. When we seasonally adjust the inbound containers data, we find a sharp spike because the US is importing when it normally does not. 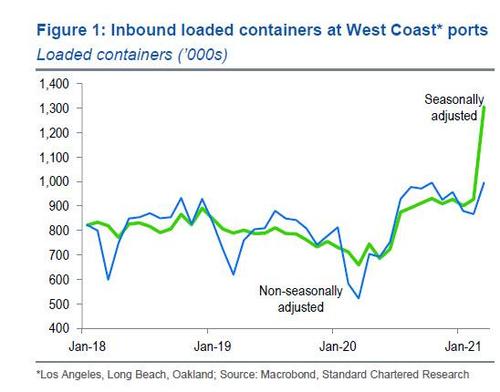 Non-seasonally adjusted data are close to recent peaks, which suggests that ports are operating close to capacity. In GDP terms, this points to an ongoing high level of imports, possibly capacity limited, and some drawdown in inventories. We expect a USD current account deficit of 3.5% of GDP in 2021.

The imbalance between inbound and outbound loaded containers translates into a c.USD 10-20bn increase in the trade deficit in March. 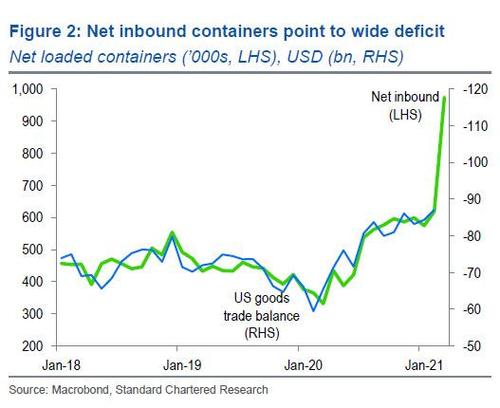 The correspondence is not 1-1. Seasonal factors differ, and sometimes such container spikes are spread over two months of trade data, but we expect the trade deficit increase to be impressive, even if not quite as large as past relationships suggest.

Asset prices do not normally respond to trade releases, but if the deficit is as wide as containers indicate, the USD downside risk may become clearer, especially with Fed commentary weighing on yields.