Brace for more pessimistic news about the global semiconductor shortage… 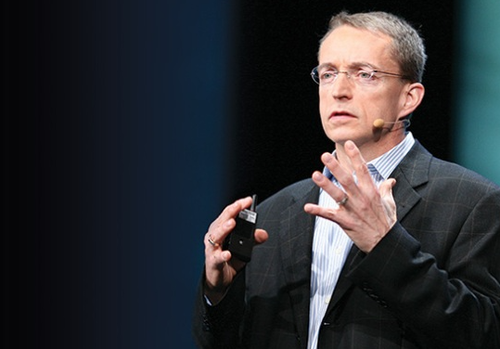 (ZeroHedge) Intel is now going on the record and doubling down on statements that its CEO made on 60 Minutes earlier this year, stating that it could take “several years” for the current supply shortage of semiconductors to be resolved.

CEO Pat Gelsinger said that the pandemic-inspired “work from home” trend caused a “cycle of explosive growth in semiconductors”, according to Reuters.

Semiconductors are the new oil

“But while the industry has taken steps to address near term constraints it could still take a couple of years for the ecosystem to address shortages of foundry capacity, substrates and components,” Gelsinger commented.

Gelsinger also reiterated Intel’s plans to expand: “We plan to expand to other locations in the U.S. and Europe, ensuring a sustainable and secure semiconductor supply chain for the world.”

Intel is trying to keep pace with Samsung and Taiwan Semiconductor – both of which also have plans to expand, including into the U.S. – to increase semi production.

We noted in mid-May that TSMC had plans of “doubling down” and vastly increasing its investment for production in Arizona. The chipmaking giant said at the time it was “weighing plans to pump tens of billions of dollars more into cutting-edge chip factories in the U.S. state of Arizona than it had previously disclosed”.

The company had already said it was going to invest $10 billion to $12 billion in Arizona. It now appears to be mulling a more advanced 3 nanometer plant that could cost between $23 billion and $25 billion. The changes would come over the next 10 to 15 years, as the company builds out its Phoenix campus.

The move would put TSMC in direct competition with Intel and Samsung for subsidies from the U.S. government. President Joe Biden has proposed $50 billion in funding for domestic chip manufacturing.

Commerce Secretary Gina Raimondo, in early May, called for a “major increase” in U.S. production capacity of semiconductors. She commented: “Right now we make 0% of leading-edge chips in the United States. That’s a problem. We ought to be making 30%, because that matches our demand. So, we will promise to work hard every day, and in the short term also see if we can have more chips available so the automakers can reopen their factories.”

“In the process of building another half a dozen fabs in America, that’s thousands of Americans that get put to work,” Raimondo commented.

In May we noted how automakers were being forced to leave some high tech features out of new vehicles as a result of the semi shortage. Days before that, we pointed out “thousands” of Ford trucks sitting along the highway in Kentucky, awaiting semi chips for completion of assembly.

We also noted recently that Stellantis said there would be “no end in sight” to the shortage and that the company was making changes to its lineup, including changing the dashboard of the Peugeot 308, to try and adapt to the crisis. Ford was another auto manufacturer to slash its expectations for full year production as a result of the shortage this year.

The chip crisis has hit the auto industry so hard that it has forced rental car companies – already under immense pressure from ride sharing companies – to buy up used cars at auction to fulfill their inventory needs, Bloomberg also noted last month.

Intel’s CEO, speaking on 60 Minutes last month, had already suggested it could be a while before things are back to normal. He said then: “We have a couple of years until we catch up to this surging demand across every aspect of the business.” Days prior to Gelsinger’s initial statements, we wrote that Morgan Stanley had also suggested the shortage could continue “well into 2022”.

Semiconductors are the new oil

The Complex Global Supply Chain Of Semiconductors Explained In One Chart