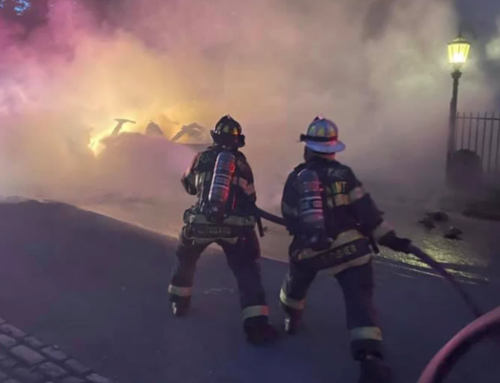 (ZeroHedge) As the cold hard reality of Elon Musk’s promises of years past start to catch up to the Tesla CEO – who last week testified in a trial where he is alleged to have made a unilateral decision to poorly allocate shareholder capital by bailing out his cousin’s failing Solar City business that was on the verge of insolvency – Musk now appears to be embarking on a journey to try and talk his way out of past promises and manage expectations.

And while the mainstream financial press and regulators seem to be just fine with allowing Musk to get away with this, we’d be remiss if we didn’t point out each time the Earth’s boy genius attempts to re-write history right in front of our faces, with a smile, as though no one would notice and/or remember a half-decade of missed deadlines and false promises along the path of selling equity to investors and pushing poorly made vehicles, many hand-assembled in a makeshift tent (hereinafter referred to as “the Alien dreadnaught”) to marks willing to buy.

Musk Walks Back Full Self Driving

The walk back of history began with a mega-huge whopper about 2 weeks ago when, at the beginning of July, Musk admitted that Full-Self Driving – a non-existent feature customers have been paying for for a half-decade – was a “hard problem”, casually dropping into conversation the idea that the company may not be anywhere close to meeting Musk’s promises about FSD.

As a reminder, Musk said in 2019 he was “very confident” in predicting autonomous robotaxis “next year”, which would have been 2020, which has now turned into “last year” and is six months away from being “two years ago”. Earlier this year Tesla offered up another reality check when it admitted to regulators that it was still “firmly in level 2” autonomy.

“Generalized self-driving is a hard problem, as it requires solving a large part of real-world AI. I didn’t expect it to be so hard, but the difficulty is obvious in retrospect. Nothing has more degrees of freedom than reality,” Musk wrote on Twitter in early July.

It’s a far cry from what Musk was saying years ago. “Tesla will have over 1 million robotaxis on the road next year,” Musk proclaimed in April of 2019, now more than 2 years ago. 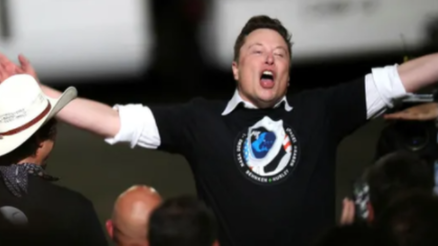 Great, so you’ll just issue refunds to everyone who has paid for the feature over the last 5 years, right?

Regardless, even the latest much heralded update to Full Self Driving, which arrived about a month late and had been touted as a solution to the last beta, which was such a disaster it was pulled off the market quickly, appears to be more of the same: jerky movements, uncertain vehicle operation and constant necessary interruptions from the driver.

After Full Self Driving 9.0’s release, even the company’s biggest fans like Galileo Russell said he saw little difference between the last beta and this one – and he still thinks the company is “still a long way away” to truly autonomous driving “where you never have to intervene”.

In another walk-back and reset of expectations last week, Elon Musk also Tweeted that there was “always some chance” that the Cybertruck – a product introduced almost two years ago in November 2019 to ridiculous fanfare – could “flop”.

This stands at obvious odds with statements Musk made in September at the company’s shareholder meeting, where he said  “The orders are gigantic” about the truck. Musk claimed there were ”… well over half a million orders.” He continued: “It’s a lot, basically. We stopped counting.”

Recall, at the introduction of the Cybertruck, Musk had an assistant come on stage and try to break the truck’s armored glass.

“Normal glass shatters immediately,” Musk said as his assistants, dressed like characters from The Matrix, dropped a metal ball on conventional glass, causing it to shatter. 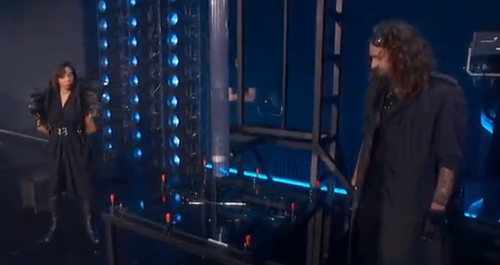 At which point another of Musk’s assistants gently threw a similar metal ball at the Cybertruck parked on stage. The driver’s side window promptly broke.

“Oh my fucking God,” Musk nervously said, live on the stream, after the front window shattered into a million pieces. 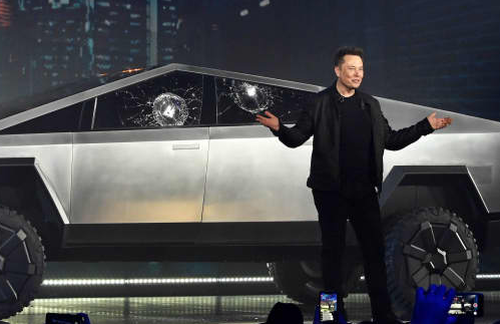 And if this demo wasn’t enough to “manage expectations”, Musk is now admitting the truck could “flop”.

But don’t worry shareholders, Musk has your back. He Tweeted: “To be frank, there is always some chance that Cybertruck will flop, because it is so unlike anything else. I don’t care. I love it so much even if others don’t. Other trucks look like copies of the same thing, but Cybertruck looks like it was made by aliens from the future.”

Actually, it appears Musk doesn’t have your back – it appears he’s going to do whatever the hell he wants regardless of whether or not it’s good for the company.

“In end, we kept production design almost exactly same as show car. Just some small tweaks here & there to make it slightly better. No door handles. Car recognizes you & opens door. Having all four wheels steer is amazing for nimble handling & tight turns!” Musk gushed about the truck, which is still not in production.

Some critics not only believe the truck is already a “flop”, but also that its claimed specs are outright fraudulent.

“This fraud is no different from those of Theranos or Nikola,” Stanphyl Capital’s Mark Spiegel wrote on Twitter last week.

I hadn’t realized until a friend pointed it out today that Tesla claims this completely fraudulent price & range (100 miles more & $15,000 less than the new Model S) for the Tri-Motor Cybertruck. This fraud is no different from those of Theranos or Nikola.

Time will tell the tale.

Musk Walks Back Years Of Bluster About “Smart Summon”

And now, the most recent walk-back. Shortly after Musk’s Cybertruck comments came Musk’s “realigning” of expectations about Tesla’s Summon feature, which Musk has been boasting about whilst collecting order money, for years.

This series of Tweets is a great starter thread on Musk’s previous statements about summon – including ones claiming it can go across the country and others using Summon as a reason to bump up the price of the non-existent Full Self Driving – (additional sources here), which include:

And then, finally, just this past week: “Current Summon is sometimes useful, but mostly just a fun trick,” Musk nonchalantly wrote on Twitter this weekend.

Current Summon is sometimes useful, but mostly just a fun trick. Once we move summon (plus highway driving) to a single FSD stack, it will be sublime.

More than five years after Musk claimed Summon would work cross-country, it appears he is now giving up on the feature as it stands today. It’s yet one more walk back and re-writing of history that both customers and regulators will likely be just fine with.

Everyone Can See It Except Regulators And Tesla Cultists

Keep in mind these walk-backs don’t even include the company’s Solar Roof rollout. Even the mainstream media is catching up to that disaster: Bloomberg’s Dana Hull published a piece last month aptly titled “Tesla’s Solar Roof Rollout Is a Bust — And a Fixation for Elon Musk”.

“It needs to be beautiful, affordable and seamlessly integrated,” Musk said about the company’s solar roof shingle back in 2016. “You’ll want to call your neighbors over and say, ‘check out this sweet roof.’”

Except now it’s a half decade later and the company has barely rolled out any solar roofs, struggling to hit 200 installations per week. This is despite the fact that Musk set a goal to install more than 1,000 of them a week back in 2019. It raised prices in April of this year, leading to a slew of cancellations, Hull notes.

We don’t seem to be the only ones exasperated about the lack of regulatory oversight on Musk’s actions, either. For example, many on social media and podcasts have honed in on the fact that Full Self Driving is a complete and total bait and switch – except the “switched” item doesn’t seem to exist, either!

There are people who’ve paid up to $10,000 up to and beyond 3 years ago for FSD who still don’t have it and Tesla is now slanging a $199/month version (that they also can’t deliver lol). Cold https://t.co/4up0KmGBYV

Some call it “the greatest consumer fraud in history”:

Five years in and it’s finally clear to the world:

Tesla will never achieve advanced autonomy and FSD is the greatest consumer fraud in history.

Even owners and cultists are starting to notice…

🚨🚨🚨 #TESLA OWNERS ARE FURIOUS OVER “FULL SELF DRIVING”:
“Why the fuck do y’all LIKE being misled and practically scammed?”
“Practically scammed? Straight up scammed! … [Updates] have been making things worse.”
“I feel shafted.”#FullSelfDriving #FSD #Vaporware $TSLA $TSLAQ pic.twitter.com/ONNYmywJxc

Any other “features” you sold to customers you’d like to admit don’t work? https://t.co/9te0NDnSEe

Calling a software package Full Self-Driving™ when it isn’t full self-driving, then saying that customers can add Full Self-Driving™ capability to their cars sort of feels like legally adding “PhD” to the end of your last name rather than going to grad school. pic.twitter.com/kwHz0CAyHc

Once again – the only people Musk’s constant pathological lying hasn’t become clear to are the ones keeping him afloat: the cult-members that continue to happily shovel Musk their hard earned (or government issued) cash, and the regulators tasked with making sure that executives – and specifically car companies – don’t do…well…exactly what Musk is doing.