(Shane Trejo) The Conservative Party in United Kingdom is in free fall, having recently lost two Prime Ministers Boris Johnson and Liz Truss who were both forced to resign in disgrace. 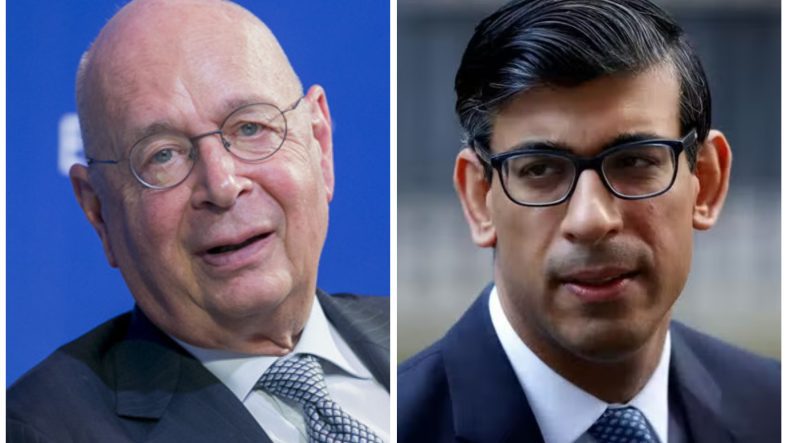 Now, a new leader has emerged in Rishi Sunak, the next Prime Minister for the Tories. Sunak has Indian heritage, and his appointment is being triumphed as a victory for diversity. And while that may be the case, Sunak is as controlled of a puppet for the globalist elite as any head of state throughout the world.

It appears the new PM of Britain is a member of the World Economic Forum. Klaus Schwab was not kidding about penetrating the cabinets with ‘our young global leaders’ #WEF #WEFpuppet #RishiSunak #Davos #UK pic.twitter.com/XmR4sU45UZ

We have a new Prime Minister in the UK, unelected by the British people or even the Tories. He didn’t give a single debate, interview or statement about what his “program” is. All we know is he’s stinking rich & worked for Goldman Sachs. But hey, he’s the first non-white PM! Lol pic.twitter.com/XUNAVAKrfK

An article published by the National Pulse back in July delved into Sunak’s troubling globalist ties.

Sunak’s family is behind Infosys, an Indian-based tech firm that partners with the World Economic Forum (WEF) and provides services to powerful corporate firms. Infosys has been called by the WEF a “global leader in next-generation digital services and consulting.”

Infosys President Mohit Joshi has written articles on the official WEF website calling for digital banking, urging central banks to develop digital currencies that can be used to control populations. Digital currencies would allow governments to terminate the monetary power of dissidents at a moment’s notice and realize mark-of-the-beast prophecies found in the Book of Revelation.

“What is clear is that the crisis of COVID-19 presents many challenges – but also a unique opportunity to rethink how money is managed and used in our society,” Joshi stated.

“There also credible concerns that paper money can transmit the virus,” he stated, before adding: “Who then can blame the People’s Bank of China (PBOC) when it announced in February that it would be destroying cash collected in high-risk environments, such as public transport, markets or in hospitals?”

It should come as no surprise that Sunak has explicitly endorsed central bank digital currencies and will now be overseeing their implementation in the British economy as Prime Minister.

“Central Bank Digital Currencies could be a digital version of money, a bit like a digital banknote, that could be used alongside physical notes and coins. Unlike most of the digital money people use daily today, it would be issued directly by a central bank…and governments and central banks across the world are working together looking into what having a digital currency what mean in practice,” Sunak said in a propaganda video pushing digital currency.

“It’s all part of the wider story of digital innovation that has delivered benefits to millions around the world and in the U.K.,” he added.

That video can also be seen here:

Sunak is dangerous, and Britons should be hoping he fails as spectacularly as his two predecessors.

The Economy and Markets

FED-Up: Inflation from Too Much Money & Too Few Goods

Self-Reliance, Health and Prepping for Survival

The Art of Collapse