Good news within a strenuously spun Reuters article. Don’t get lost looking at the granules; apparently all of the prior Canadian strategy against President Trump has failed.

For well over a year Justin from Canada and Foreign Minister Chrystia Freeland were confident they could leverage the U.S. Chamber of Commerce, purchased DC politicians and ideological allies against President Trump in NAFTA negotiations. The result? Fail, fail and more fail.

Running out of options, Canada now attempts to save their NAFTA construct by turning to the executives within the auto industry:

The Liberal government is relying on industry partners to press Canada’s cause in the White House and elsewhere, using their influence to protect Canadian interests, sources with direct knowledge of the discussions told Reuters.

The auto industry, Canada’s biggest exporter, represents about 500,000 direct and indirect jobs and contributes C$80 billion ($60.1 billion) a year to the economy.

“Instead of us galloping all over the United States talking to everybody, it’s really focused right now on the automobile manufacturers, the automobile suppliers,” said one source, who requested anonymity given the sensitivity of the situation.

Each sequential step in the Trump trade strategy is designed to head-off any counter position by positioning individual best-interests ahead of any defensive group formation.

The Canadian and Mexican economy (due to NAFTA) cannot survive without importing cheap durable goods from China to use in their assembly-based economies, and then trans-ship into the U.S market. However, the U.S. economy can survive, it can actually expand BIGLY and thrive, without accepting trans-shipped assembled goods from Mexico and Canada.

Put simply, without NAFTA, the assembly processes just moves INTO the U.S because the market *is* the United States. We are the $20 trillion customer. We hold the leverage.

NOTE: “Donnelly said in his opening remarks that there was already a rise in product being diverted to Canada in recent years and signs of even more since the U.S. tariffs began this year.”..

This is evidence of multinationals exploiting the NAFTA loophole to avoid U.S. tariffs. This fatal flaw is at the very heart of the issue within the U.S. trade policy inside NAFTA. As long as Mexico and Canada remain gateways for foreign good assembly and shipment into the U.S. there will never be a way for the U.S. to demand fair and reciprocal trade.

Canada knows their decades-long designed economic position as shipment/assembly trade-brokers is the central issue at the heart of the confrontation with USTR Lighthizer, Commerce Secretary Ross and President Trump. As multinational corporations seek to avoid Trump tariffs they only exacerbate the issue.

If Canada and Mexico do nothing to stop this influx; Trump will levy more than just steel and aluminum tariffs; he’ll likely tax their auto-sector.

As a consequence Canada moves do back down the Red Dragon:

Canada is preparing new measures to prevent a flood of steel imports from China and other producers seeking to avoid U.S. tariffs, sources say https://t.co/jPoiq1Iw7X pic.twitter.com/h7QXgnJEss

The Canadian government is preparing new measures to prevent a potential flood of steel imports from global producers seeking to avoid U.S. tariffs, according to people familiar with the plans. The Canadian dollar weakened and shares in Stelco Holdings Inc. soared.

The measures are said to be a combination of quotas and tariffs aimed at certain countries including China, said the people, asking not to be identified because the matter isn’t public. The moves follow similar “safeguard” measures being considered by the European Union aimed at warding off steel that might otherwise have been sent to the U.S. It comes alongside Canadian counter-tariffs on U.S. steel, aluminum and other products set to kick in on July 1. (read more)

The bottom line is U.S. market access is what all production countries need for their goods and the sustainability of their economies.

The depths of depravity to which both the Clinton and Obama Administrations dove to in their perversely industrious efforts to self-enrich while simultaneously demeaning, undermining, and selling-out all of America to foreign interests is incredibly stunning. And, they even had the entire DOJ rigged to get away with it all scot-free. It is practically surreal. 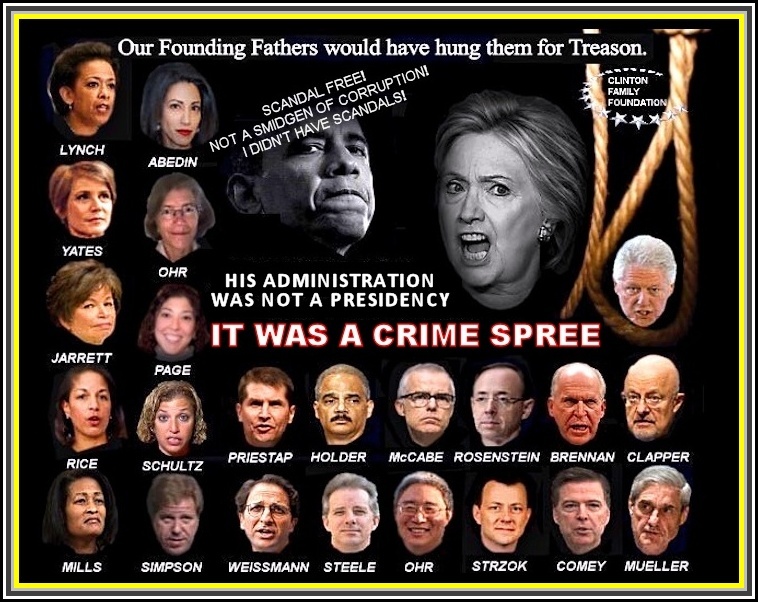 Stefan Selig, a Bank of America investment banker nominated to become the Under Secretary for International Trade at the Department of Commerce, received more than $9 million in bonus pay as he was nominated to join the administration in November. The bonus pay came in addition to the $5.1 million in incentive pay awarded to Selig last year.

Michael Froman, the current U.S. Trade Representative, received over $4 million as part of multiple exit payments when he left CitiGroup to join the Obama administration. Froman told Senate Finance Committee members last summer that he donated approximately 75 percent of the $2.25 million bonus he received for his work in 2008 to charity. CitiGroup also gave Froman a $2 million payment in connection to his holdings in two investment funds, which was awarded “in recognition of [Froman’s] service to Citi in various capacities since 1999.”

Many large corporations with a strong incentive to influence public policy award bonuses and other incentive pay to executives if they take jobs within the government. CitiGroup, for instance, provides an executive contract that awards additional retirement pay upon leaving to take a “full time high level position with the U.S. government or regulatory body.” Goldman Sachs, Morgan Stanley, JPMorgan Chase, the Blackstone Group, Fannie Mae, Northern Trust, and Northrop Grumman are among the other firms that offer financial rewards upon retirement for government service.

Froman joined the administration in 2009. Selig is currently awaiting Senate confirmation before he can take his post, which collaborates with the trade officials to support the TPP.

The controversial TPP trade deal has rankled activists for containing provisions that would newly empower corporations to sue governments in ad hoc arbitration tribunals to demand compensation from governments for laws and regulations they claim undermine their business interests. Leaked TPP negotiation documents show the Obama administration is seeking to prevent foreign governments from issuing a broad variety of financial rules designed to stem another bank crisis.

A leaked text of the TPP’s investment chapter shows that the pact would include the controversial investor-state dispute resolution system. A fact-sheet provided by Public Citizen explains how multi-national corporations may use the TPP deal to skirt domestic courts and local laws. The arrangement would allows corporations to go after governments before foreign tribunals to demand compensations for tobacco, prescription drug and environment protections that they claim would undermine their expected future profits. Last year, Senator Elizabeth Warren warned that trade agreements such as the TPP provide “a chance for these banks to get something done quietly out of sight that they could not accomplish in a public place with the cameras rolling and the lights on.”

Others have raised similar alarm.

“Not only do US treaties mandate that all forms of finance move across borders freely and without delay, but deals such as the TPP would allow private investors to directly file claims against governments that regulate them, as opposed to a WTO-like system where nation states (ie the regulators) decide whether claims are brought,” notes Boston University associate professor Kevin Gallagher.