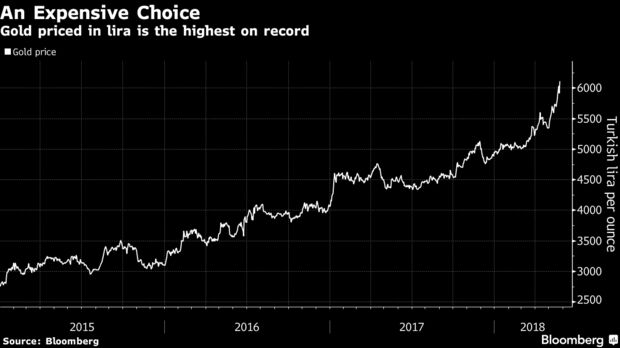 With just a month until elections, shopkeepers at Turkey’s biggest bazaar say they’re seeing a jump in demand for gold coins.

“Turkish people have an interesting behavior — they buy gold when the prices are rising, they think it’s gonna rise more,” said Gokhan Karakan, 32, who runs a gold exchange office in the heart of Istanbul’s Grand Bazaar. “People think there is a trend here and choose to buy gold until uncertainty is out of the way.”

On Friday afternoon, at the Grand Bazaar — one of the world’s oldest covered markets — shopkeepers said more customers were buying gold, instead of selling it, in hopes that the metal will keep its worth as the value of the lira plunges.

Gold priced in lira is more “expensive” than ever, but that’s not deterring buyers, who are looking for a safe haven.

“Turkish people love gold,” said Tekin Firat, 30, who owns and runs a gold store the bazaar. “People think that it will never lose in the long run.”

Citizens are buying up gold as the lira plunges in latest currency crisis. Recep Tayyip Erdogan, who’s about to launch a re-election campaign that may provide the toughest electoral test of his 15 years in power, is an outspoken advocate of cheap money. He’s up against investors demanding higher returns to fund an economy beset by inflation and a swollen current account deficit.

Gold has a special importance in Turkey. The country is to home the ancient kingdom of Lydia, where the earliest known gold coinage originated in the 7th century B.C.

Turkey imported 118 metric tons of bullion, worth $5 billion at today’s prices, in first four months of this year, the most over that period, according to data going back to 1995 from the Istanbul Gold Exchange. Last year, imports reached a record.

It’s not just consumers that are snapping up gold. Official reserves have also increased over the past year. The central bank doesn’t comment on its gold strategy, but previously said the changes in its holdings are part of an effort to diversify its reserves.

The reported figure may be misleadingly high because the central bank allows commercial banks to deposit gold as part of their reserves. The government last year launched a campaign to get more “under-the-pillow gold” into the formal banking system. About half of the 216 ton inflow since the start of 2017 can be attributed to this alternative source, according to Matthew Turner, a strategist at Macquarie Group Ltd. in London. 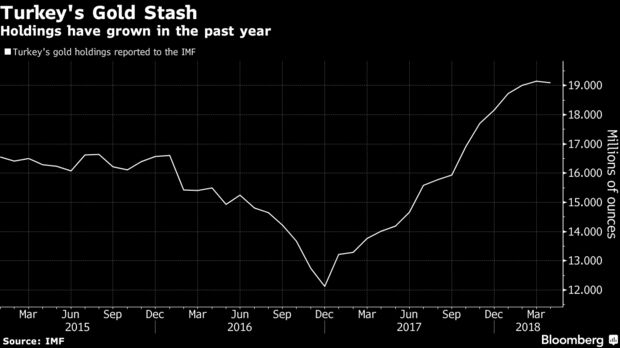 Even so, the purchases have happened a year after Erdogan urged Turks to convert their foreign currency savings into liras and gold, and tensions with the U.S. reached a new low.

“The central bank certainly has been more active in the gold market,” said Turner. “It seems the government would like a larger share of its reserves in assets that’s not related to the U.S. dollar.”

In 2017, the central bank withdrew of its 28.7 tons of gold, worth about $1.2 billion, from Federal Reserve vaults. It didn’t say where the gold went, but holdings increased at Borsa Instanbul, the Bank of England and Bank of International Settlements, according to a report released in April.

The decision for any country to withdraw gold from U.S. vaults is rare — happening only a handful of times in the past decade. Since 2011, Germany, the Netherlands, Hungary and Venezuela have repatriated their gold holdings from the U.S. 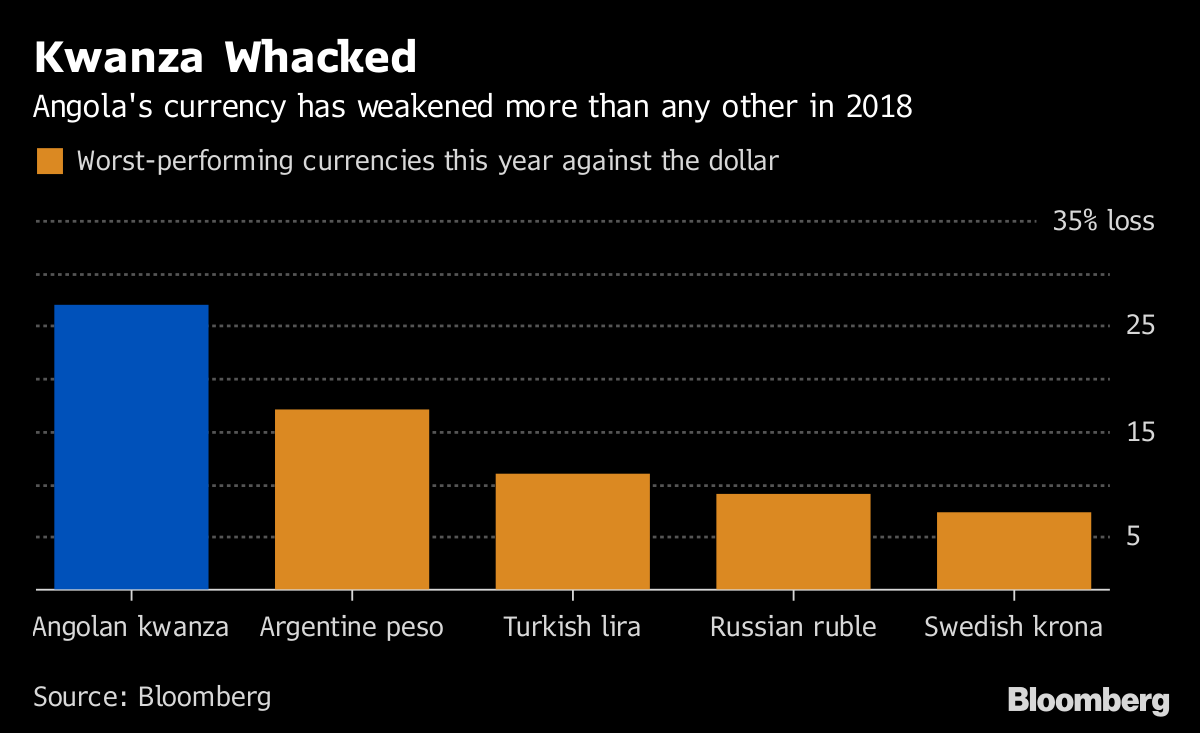 Turkey’s decision to withdraw gold may have been a reaction to U.S. court cases against Turkish banks for alleged deals struck with Iran, said Cagdas Kucukemiroglu, a Middle Eastern gold analyst at research firm Metals Focus.

“Having the gold physically at home allows countries to feel like they are in control of their reserves,” said Brian Lucey, a professor of finance at Trinity Business School in Dublin.