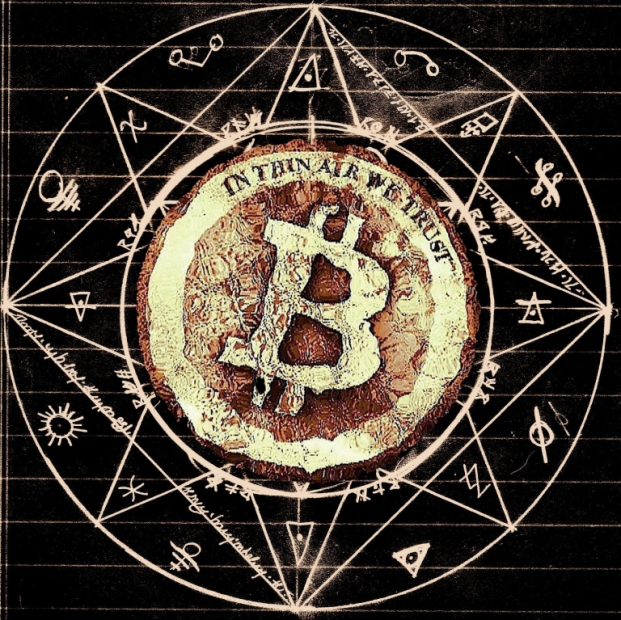 In a cryptocurrency portfolio, it’s all about managing risk.

This idea was first discussed with members of my private investing community, Crypto Blue Chips. To get an exclusive ‘first look’ at my best ideas, start your free trial today >>

Aside from the obvious (that cryptocurrencies are not companies, they’re just software and the network of people involved), MPT asks the portfolio manager to make some basic assumptions.

Both of these are a big problem for cryptocurrencies, because the probable return is somewhere between zero and 100x, and nearly every cryptocurrency in the top 20 is highly correlated with bitcoin (at least for now).

What about building a cryptocurrency portfolio based on sector?

I’d like to tell you that it’s possible to just look at the different categories of cryptocurrency projects out there, and just build a sector weighted portfolio like you might do with traditional equities. If that were possible, you might want to use a chart like this to narrow down your choices. 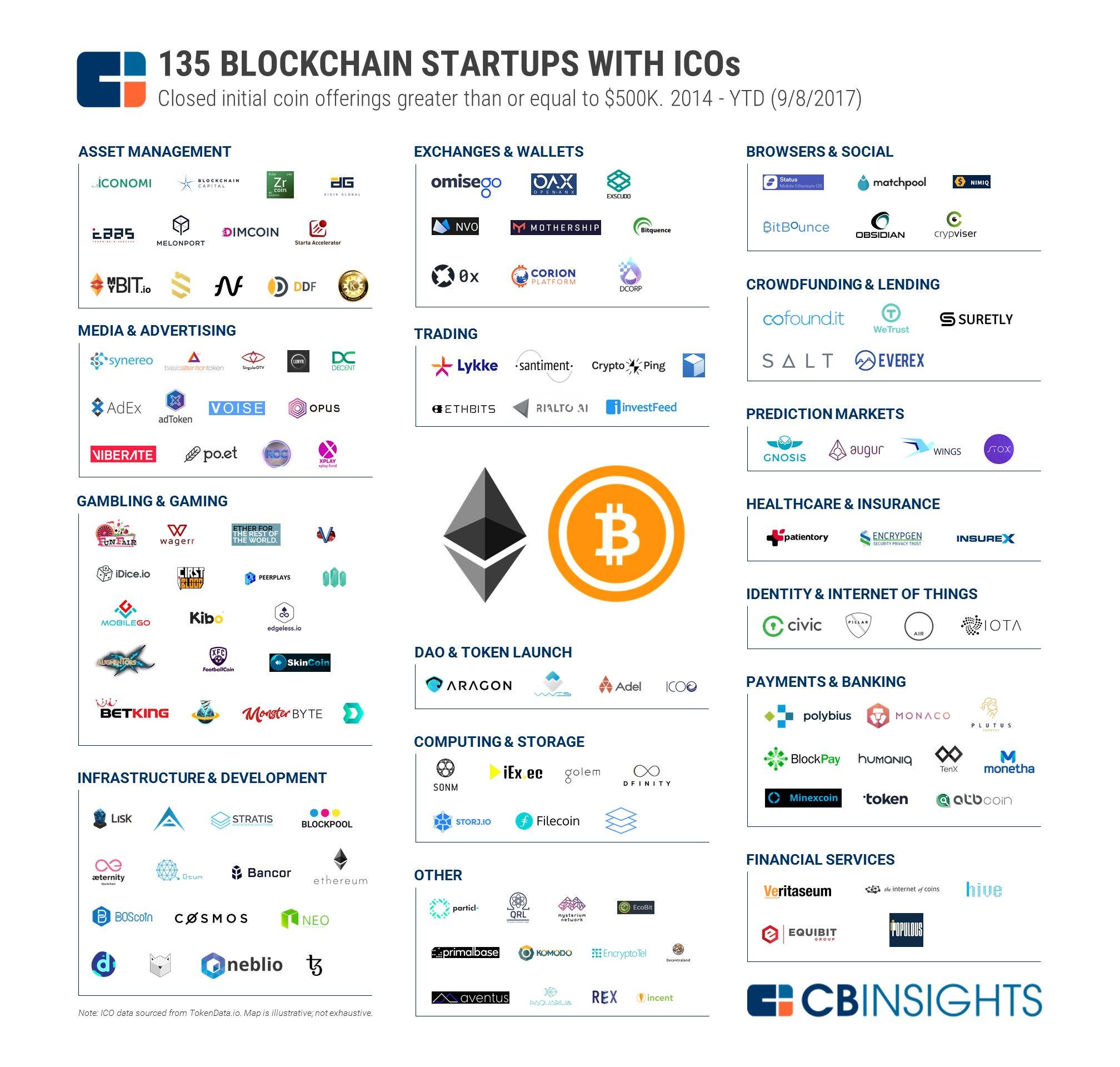 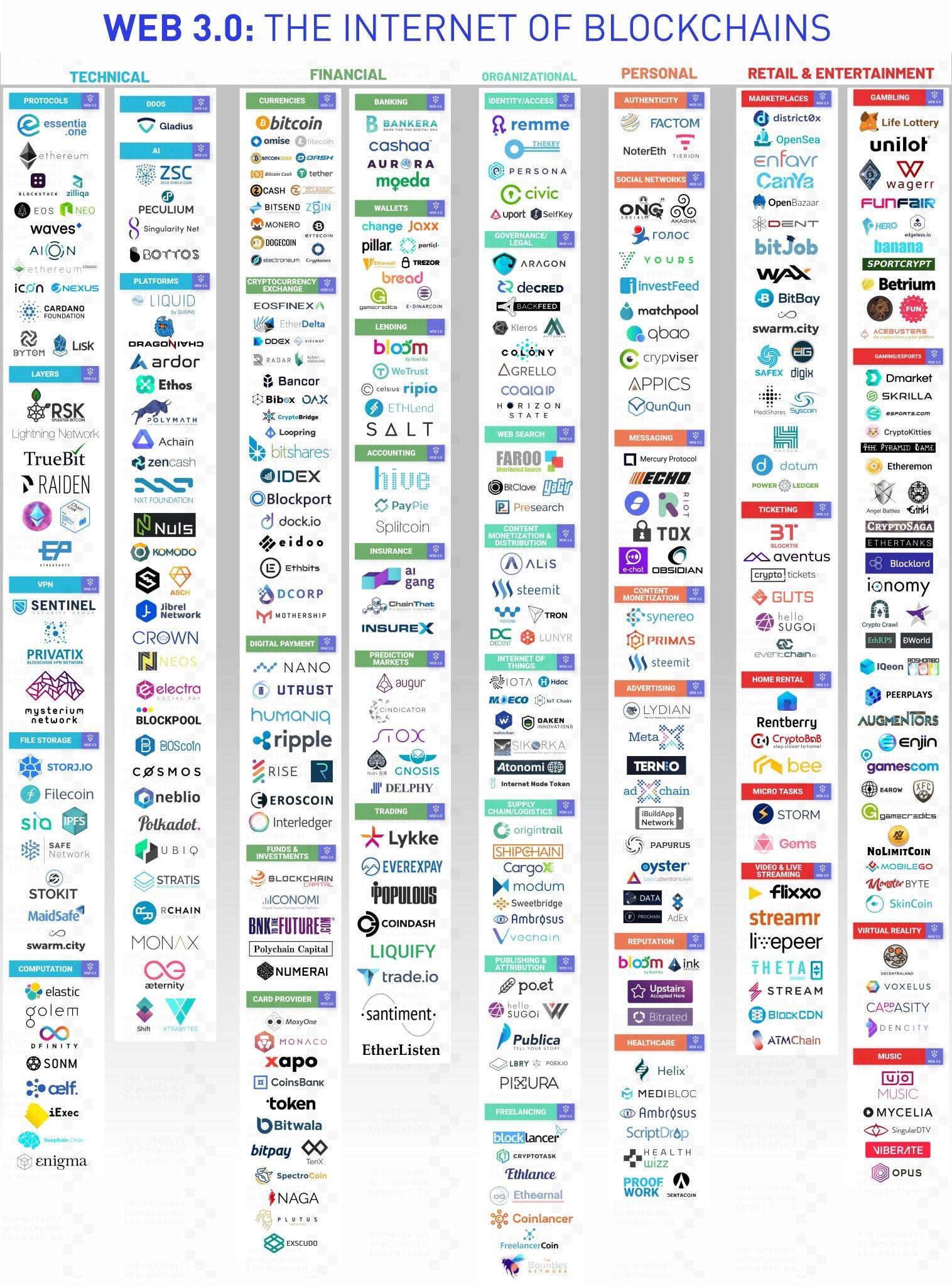 But unfortunately, we can’t have nice things. Recall that 80% of ICOs in the last year are dead already or were simply scams in the first place (the real figure is probably over 90% now).

So, what can we do? We could just skip cryptocurrency all together, or we could take a different approach.

Building a cryptocurrency portfolio is about disciplined, rational reduction

When investing in cryptocurrencies, I suggest that you start off assuming everything is a scam and working backwards from there. Out of the 1900 or so cryptocurrencies listed on CMC, we might be able to argue for a handful as being legit projects that:

In order to build your own cryptocurrency portfolio, I’m going to give you a list of questions to ask. This list is not exhaustive, but it’s a good place to start.

Can I replace the word “blockchain” with database?

This one comes from Andreas Antonopoulos. If the problem the project is trying to solve would work just as well without a blockchain, then we have a problem. Blockchains are slow, expensive data structures that when used properly can operate in a hostile environment with nobody at the helm.

If performance and control are important, a blockchain is probably not the correct tool for the job.

Is the code open source?

One of the main reasons that bitcoin has been successful is that the code is open source. This allows the community to share ideas and work together to solve problems that they find interesting and even exciting. Projects that hide their code away should be viewed with suspicion as many bugs could be lingering behind the walled gardens. Remember, closed systems maximize control while open systems maximize innovation at the edge.

Can I rent enough hash power to 51% this network right now?

Many cryptocurrencies are secured by proof of work. However, not all coins are created equal. Mining secures a PoW coin, but it can also be its downfall. For example, Ethereum (ETH-USD) shares a mining algorithm with Ethereum Classic (ETC-USD). However, Ethereum has attracted 20x more hash power than Ethereum Classic, which means that if you go to Nicehash, you can rent enough hash power to just take over Ethereum Classic for about $16,330 per hour. The reason for this is that the Ethash algorithm can be run on just about any GPU, so by using a marketplace for renting hash power, anyone that wants to can literally take over a the cryptocurrency of their choice if they pay the price.

However, not all coins can be hijacked in this way. Some coins like Bitcoin (BTC-USD) are so huge that only 1% of the necessary hardware could be rented for such an attack. Any coin that shares the SHA-256 algorithm is orders of magnitude easier to attack than bitcoin because bitcoin is the most profitable to mine, so that’s the network that the miners point their hardware at.

Bitcoin Cash (BCH-USD), for example, can be attacked with 1/14th the hardware that you would need to attack bitcoin, making it much less secure from a 51% attack standpoint. 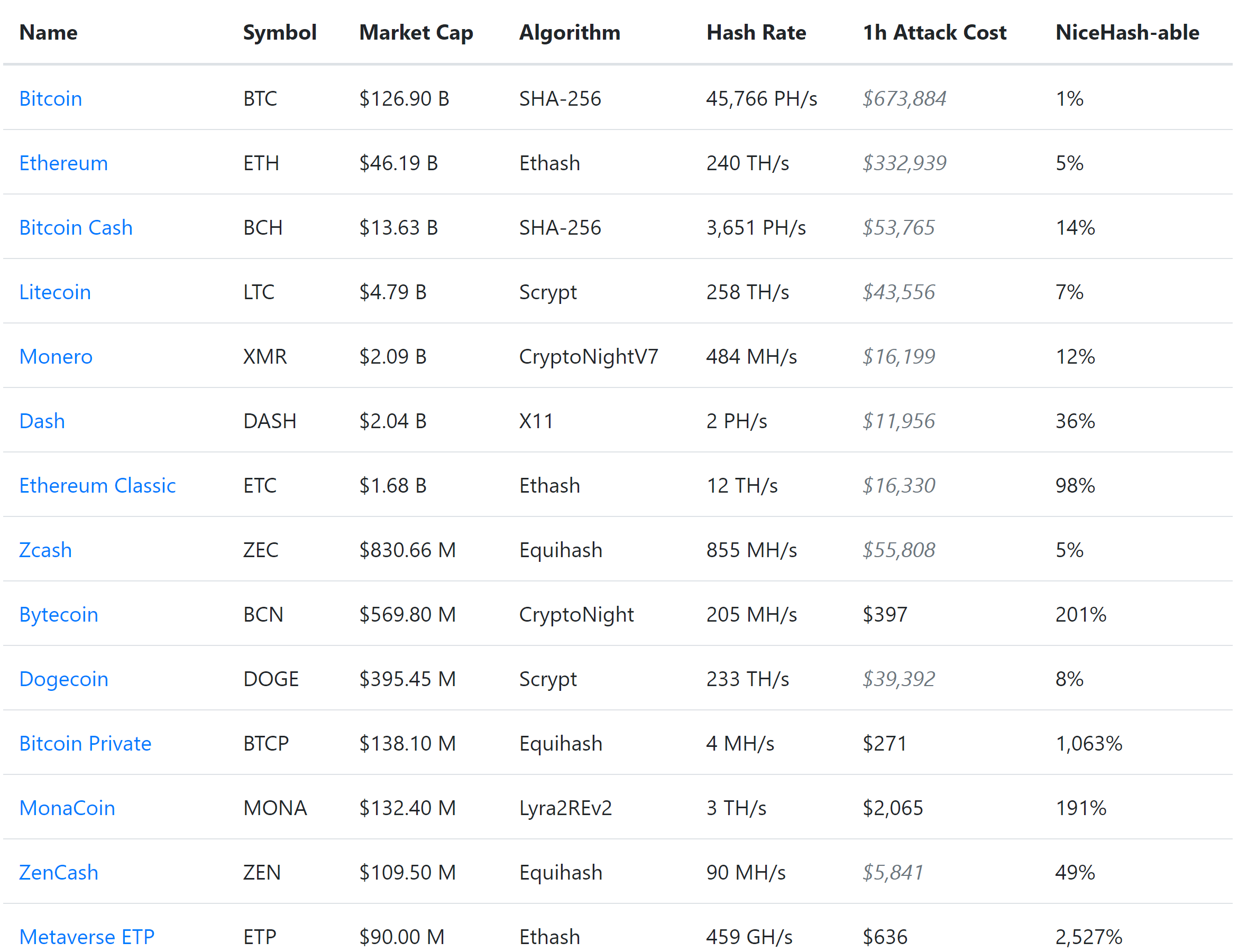 Does the coin have a fancy new security model or data structure?

If it does, it might just be the next big thing. But, more likely the security model has major flaws that have yet to be discovered. Bitcoin’s blockchain and proof of work has been operating in the wild since 2009, and it has been attacked constantly. 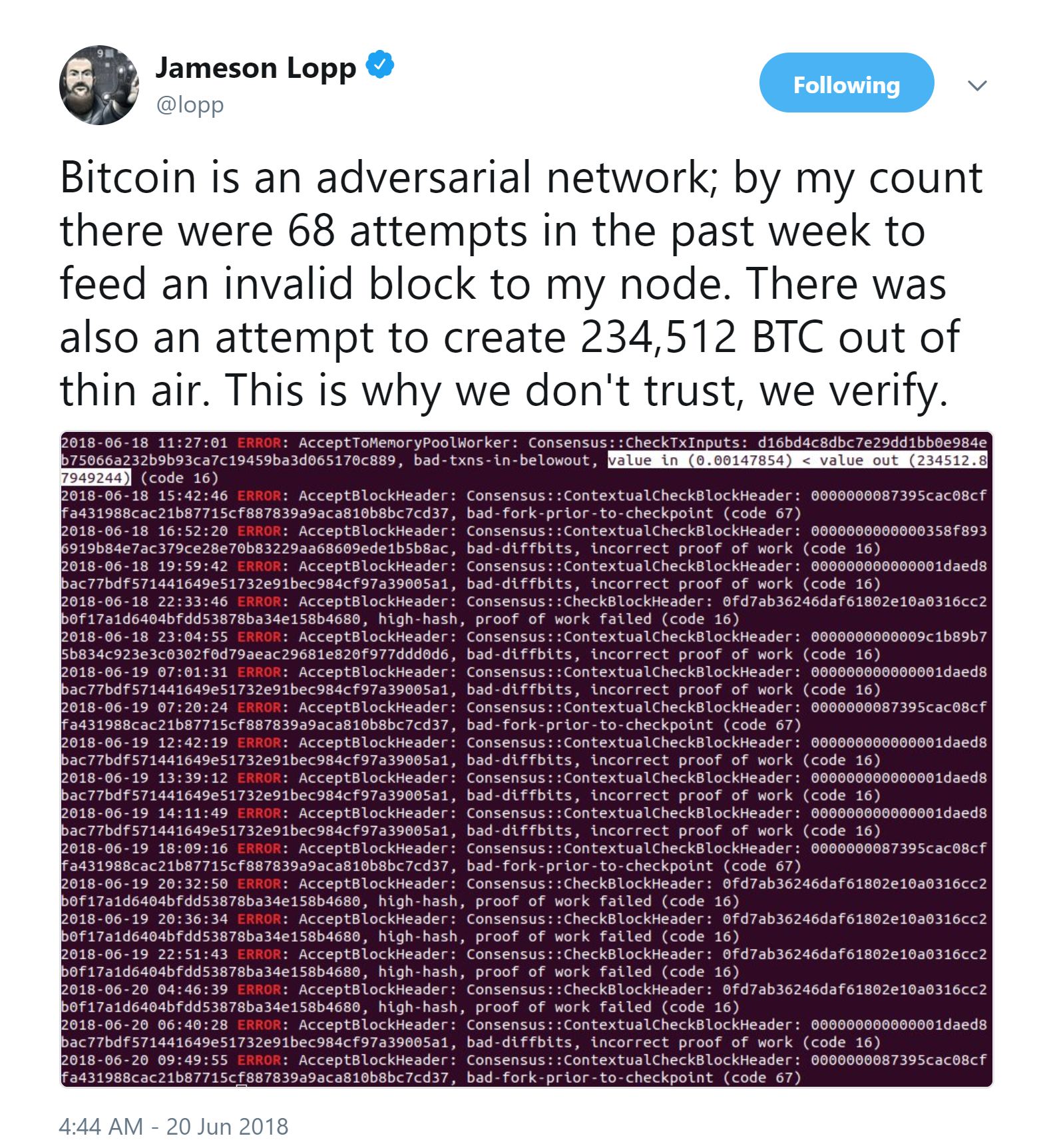 Smaller cryptocurrencies have the disadvantage of not being in the spotlight, so their networks’ bandwidth and security are tested at only a fraction of the pressure placed on larger networks like Bitcoin and Ethereum.

This doesn’t mean that we should stop trying to innovate, we just need to understand that the risk/reward ratio for these new concepts should be seen as orders of magnitude higher than that of Bitcoin and Ethereum because of the fact that they just haven’t been around long enough, they haven’t grown large enough to really be put to the test.

Some examples of this are the tangle, block lattice, and delegated proof of stake. They might be great ideas, they might even be the future, but betting on them now is a different animal than investing in Bitcoin.

Can this cryptocurrency be properly secured (preferably in a hardware wallet) in cold storage?

As I wrote about in my blog, part of the joy of investing in cryptocurrencies is understanding how to take custody of the assets. While there are many ways to secure cryptocurrency, my preference is to use a hardware wallet and store the coins offline (cold storage).

There are some really cool projects I’d like to invest in, but I just don’t want to deal with the mess of having to run full nodes of each project on my local machine, or worrying about if my paper wallet is safe.

Is anyone using this cryptocurrency, and are there any software engineers working on the project still?

These seem like basic questions that you wouldn’t have to worry about if you were investing in a traditional company. I mean, nobody asks “I wonder if any software engineers at Amazon are writing code this month?” before buying Amazon (AMZN). But, with cryptocurrency things are a bit different.

Some projects I would like to invest in fail at this step. Either the number of transactions does not seem to be growing, or the development team seems to have wandered off.

Two projects I would be investing in if they were actively maintained are Dogecoin (DOGE-USD) and Litecoin (LTC-USD). See the development activity below.

With no active development team, these projects simply can’t survive.

Does the team behind this project inspire confidence, and can they be identified?

In order to reduce the odds that the cryptocurrency project that you’re thinking about investing in is a scam, it’s worthwhile to take a look at the founders. If you can’t find a way to identify them, and their past work, then what kind of recourse do you have if they just take the funds and vanish?

Is there a whitepaper, and does it make sense?

You can learn a lot about a cryptocurrency project from the whitepaper. In fact, I think it’s a great place to start. Also, you might want to check that the entire thing wasn’t copied and pasted, because that’s a thing that happens all the time.

What is the token’s issuance model?

Bitcoin has a fixed issuance model that will result in 21 million tokens being created by the year 2140, but many other coins have no set maximum supply. Also, some of these ICOs have large portions of the tokens set aside for their foundation and early stage investors (and they probably bought it at a discounted rate before the rest of us even heard about the project).

Tokens that restrict the supply tend to be worth more as long as they can attract actual usage. It’s important to understand how new tokens are issued if you are trying to predict what they might be worth in the future if the project achieves the goals it set out for itself.

I think that as the cryptocurrency market matures we will start being able to apply the more traditional valuation models. I think that when traditional assets start being tokenized, then it won’t be uncommon to have crypto assets in a traditional portfolio much in the same way that we have derivatives, ETFs, mutual funds and equities all in the same E-Trade (ETFC) account now.

Imagine having a basket of foreign currencies with some bitcoin thrown in, or a basket of utility companies that includes blockchain-based power tokens representing claims of future energy production.

I think that crypto assets will just become a tool, a technological means to an end in the future. Tokenizing existing assets and the discovery of new assets to tokenize may well define the digital revolution as we move into a world where the Internet of Things becomes a vivid reality.

It would be nice to apply modern portfolio theory to a cryptocurrency portfolio. However, the cryptocurrency market simply isn’t mature enough yet for this to be a reality. Today, the best we can do is look for signs of extraordinary risk and steer clear. This means taking a more skeptical approach and investing only in cryptocurrencies that might qualify as “Crypto Blue Chips.”

If you like this article, you will love Crypto Blue Chips, where this idea was discussed first. Besides posting articles early, there’s research in Crypto Blue Chips you can’t get anywhere else, like the BVIPE, the Bitcoin Value Indicator Professional Edition, posted with updates every week. Also, you can follow along as I build a portfolio of cryptocurrencies that we’ll be holding for the next 1-3 years. Get in on the ground floor with Crypto Blue Chips.