WASHINGTON (Reuters) – The Trump administration said on Thursday it was formally cancelling $929 million in previously awarded funding for California’s high-speed rail program after rejecting an appeal by the state. 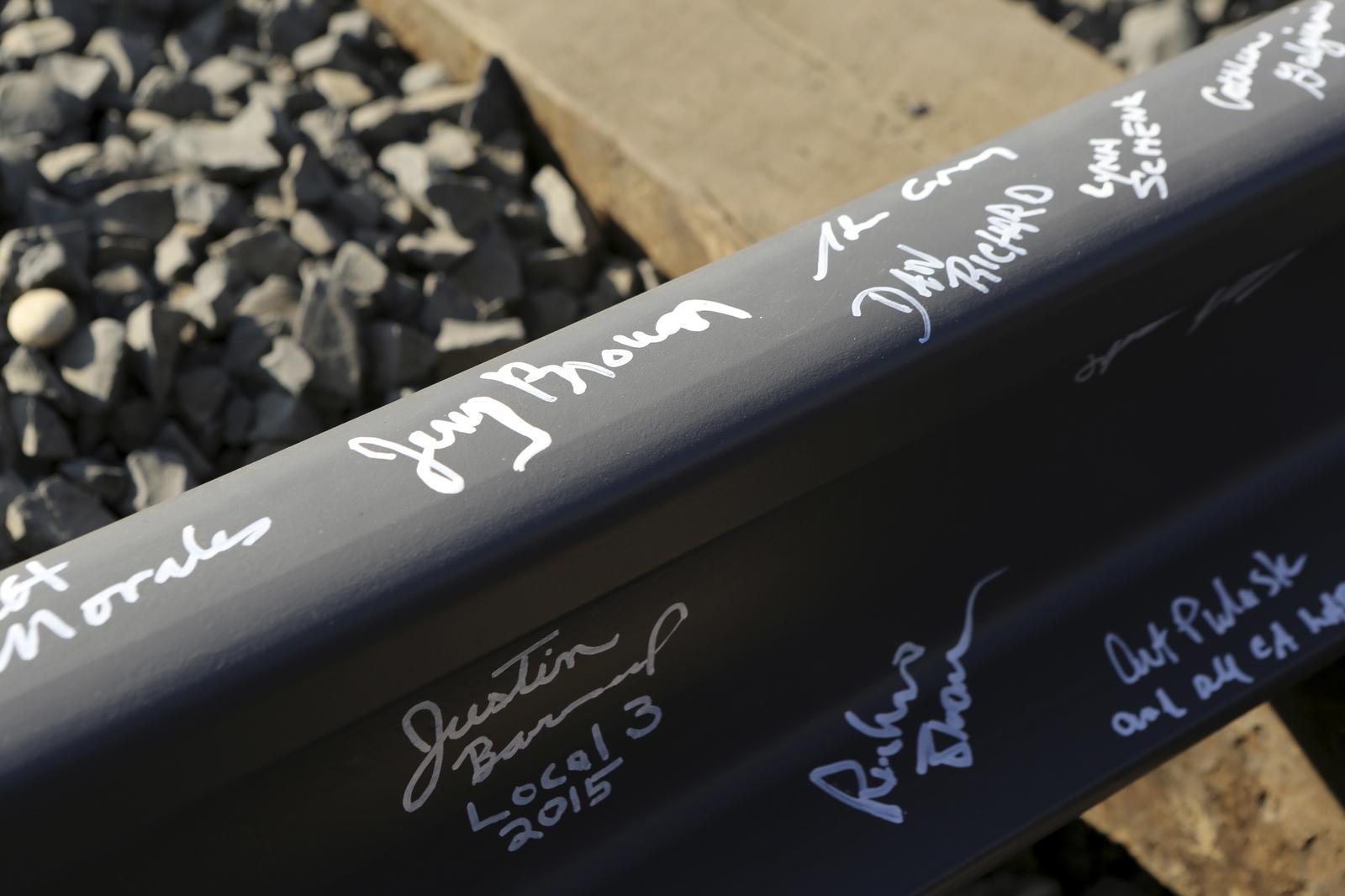 FILE PHOTO – California Governor Jerry Brown’s name and others are pictured on a railroad rail after a ceremony for the California High Speed Rail in Fresno, California January 6, 2015. REUTERS/Robert Galbraith

The U.S. railway regulator, the Federal Railroad Administration (FRA), said on Thursday it had canceled the funding awarded in a 2010 agreement after it said the state had “repeatedly failed to comply” and “failed to make reasonable progress on the project.”

In a statement, the FRA said it was still considering “all options” on seeking the return of $2.5 billion in federal funds the state has already received.

The decision is the latest salvo in an ongoing battle between the administration of U.S. President Donald Trump and California over a series of issues including immigration, vehicle emissions standards and internet policy.

The largest U.S. state has repeatedly sued the Trump administration and officials expect the state will sue over the rescinding of rail funding.

The Trump administration moved to end funding after California Governor Gavin Newsom said in February the state would scale back the planned $77.3 billion high-speed rail project after cost hikes, delays and management concerns, but would finish a smaller section.

In a statement on Thursday, Newsom called the action “illegal and a direct assault on California, our green infrastructure, and the thousands of Central Valley workers who are building this project.”

He added “the Trump Administration is trying to exact political retribution on our state,” and vowed to go to court to protect “California’s money, appropriated by Congress.”

The traffic-choked state had planned to build a 520-mile (837-km) system in the first phase that would allow trains to travel at up to 220 miles per hour (354 kph) from Los Angeles to San Francisco and begin full operations by 2033.

Newsom said in February the state would instead complete a 119-mile high-speed link between Merced and Bakersfield in the state’s Central Valley.

U.S. Transportation Secretary Elaine Chao, who overseas FRA, in February said California’s drastically scaled back rail project “is a classic example of bait and switch… We have a right to ask for that $2.5 billion back as well.”

The state said in March that ending funding “would cause massive disruption, dislocation, and waste, damaging the region and endangering the future of high-speed rail in California.”

In March 2018, the state forecast project costs had jumped $13 billion to $77 billion and warned costs could be as much as $98.1 billion.