(SchiffGold) Have you heard? The Democrats are going to fix the student loan mess! They’ve brought up the issue in almost every  Democratic Party presidential debate. All we need is a good government program and we can easily solve this $1.64 trillion problem. 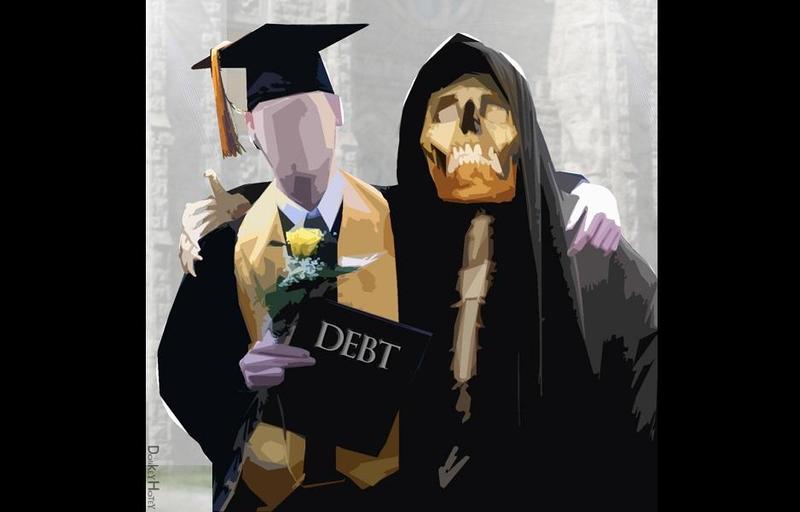 Never mind that government programs caused the problem in the first place.

In a nutshell, we have fewer students borrowing more money to finance their educations.

Before the government got involved, college wasn’t all that expensive. It was government policy that made it unaffordable. And not only did it manage to dramatically drive up the cost of a college education, but it also succeeded in destroying the value of that degree. Peter Schiff summed it up perfectly:

Before the government tried to solve this ‘problem,’ it really didn’t exist.”

Peter isn’t just spouting rhetoric. Actual studies have shown the influx of government-backed student loan money into the university system is directly linked to the surging cost of a college education.

Millions of Americans carrying this massive debt burden is a big enough problem in-and-of-itself. But it becomes an even more significant issue when you realize the American taxpayer is on the hook for most of this debt. Education Secretary Betsy Devos admitted that the spiraling level of student debt has “very real implications for our economy and our future.”

The student loan program is not only burying students in debt, it is also burying taxpayers and it’s stealing from future generations.”

This is yet another bubble created by government. Despite the campaign rhetoric coming out of the Democratic Party presidential primary debates, it seems highly unlikely Congress will do what is necessary to address the growing student loan bubble. And the Democrats’ solution seems to be to simply erase the debt – as if you can just make more than $1 trillion vanish without serious implications.

The bottom line is that the student debt bubble will ultimately impact US markets and average Americans.