The numbers: Orders for durable goods sank 2% in November, the U.S. government said Monday. This is the biggest decline since May. 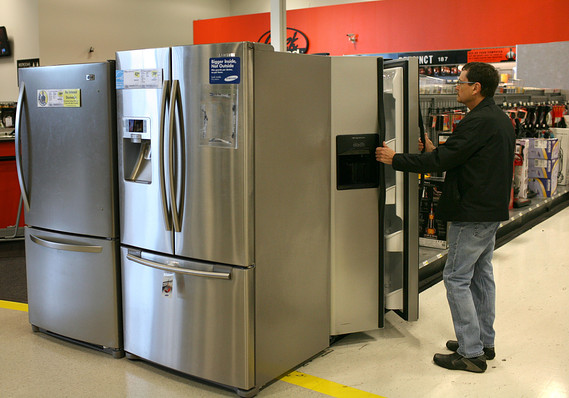 Refrigerators on display at a Best Buy store.

Economists had expected a strong 1% rebound in durable-goods orders in November as a result of the end of the General Motors GM, -0.33% strike. But orders were dragged down by a major decline in defense aircraft combined with a small drop stemming from Boeing’s BA, -0.76% woes with the 737 MAX airplane design.

Orders in October were lowered to a 0.2% gain from the prior estimate of an 0.5% increase. 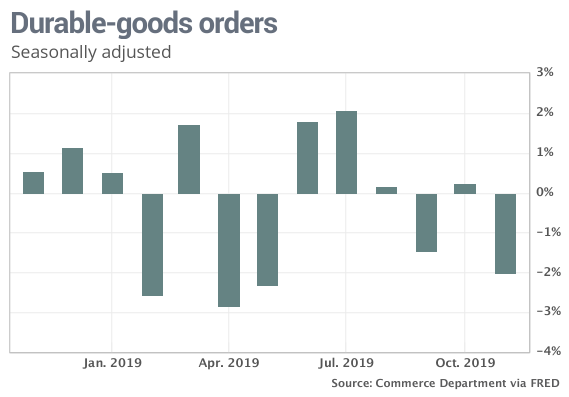 What happened: Orders for defense aircraft and parts plummeted 72.7% in November. Stripping out defense goods, orders were up 0.8%.

Orders for total transportation equipment fell 5.9% in November. Orders for cars and parts rose 1.9%. That is weak compared with the roughly 3% gain economists expected from the end of the GM strike. Excluding transportation, orders were flat.

Orders for core capital goods were a bright spot, posting a second straight monthly gain, although that move was a small 0.1% increase.

So what happens if we are still seeing numbers like this DGO release come March? Should the Fed cut again?

Big picture: The outlook for manufacturing remains grim, as business sentiment is sluggish, the outlook for profits is soft, and global trade flows shrink given ongoing uncertainty.

What are they saying? “It’s not a disaster, but business equipment investment was still close to stagnant [in November],” said Paul Ashworth, chief U.S. economist at Capital Economics.