Six deals topped $100 million in 2019, despite a general slowdown across the U.S. luxury real-estate market. Here is a look at the top-10 home sales 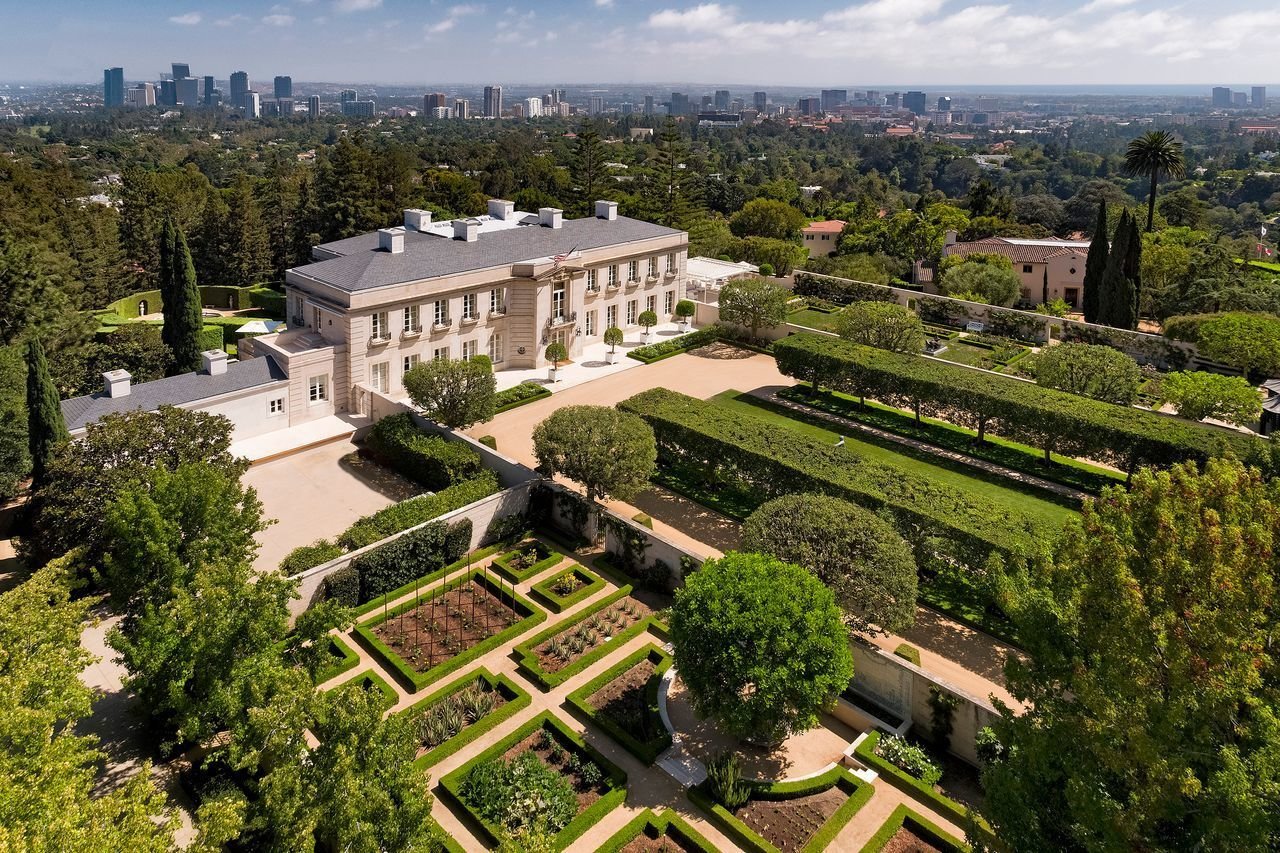 In 2019, a small group of enormous real estate deals, while bearing little relationship to the overall market, had an outsize impact on the national conversation about wealth inequality and the rapidly expanding billionaire class.

A boom in ultrahigh priced deals in Palm Beach this year, including the $111 million sale of an oceanfront estate, raised questions about the number of wealthy New Yorkers fleeing to Florida in response to a 2017 change in federal tax law. A string of $100 million-plus deals completed in Los Angeles put the spotlight on high-end real estate on the West Coast.

Hedge-fund manager Ken Griffin’s roughly $238 million purchase of a New York penthouse, which set a price record for the nation, bolstered the arguments of legislators who support additional property taxes for the super rich.

These megadeals don’t necessarily speak to a broad surge in real estate values. In general, the U.S. luxury real-estate market faced a slowdown in 2019, thanks to oversupply in certain markets, tax changes and a general decline in foreign purchasers.

Read on for a closer look at the top 10 deals of the year, a record six of which topped $100 million, according to research by The Wall Street Journal and appraiser Jonathan Miller. Mr. Miller said he believes the previous record was three $100 million-plus deals, achieved in both 2014 and 2016. 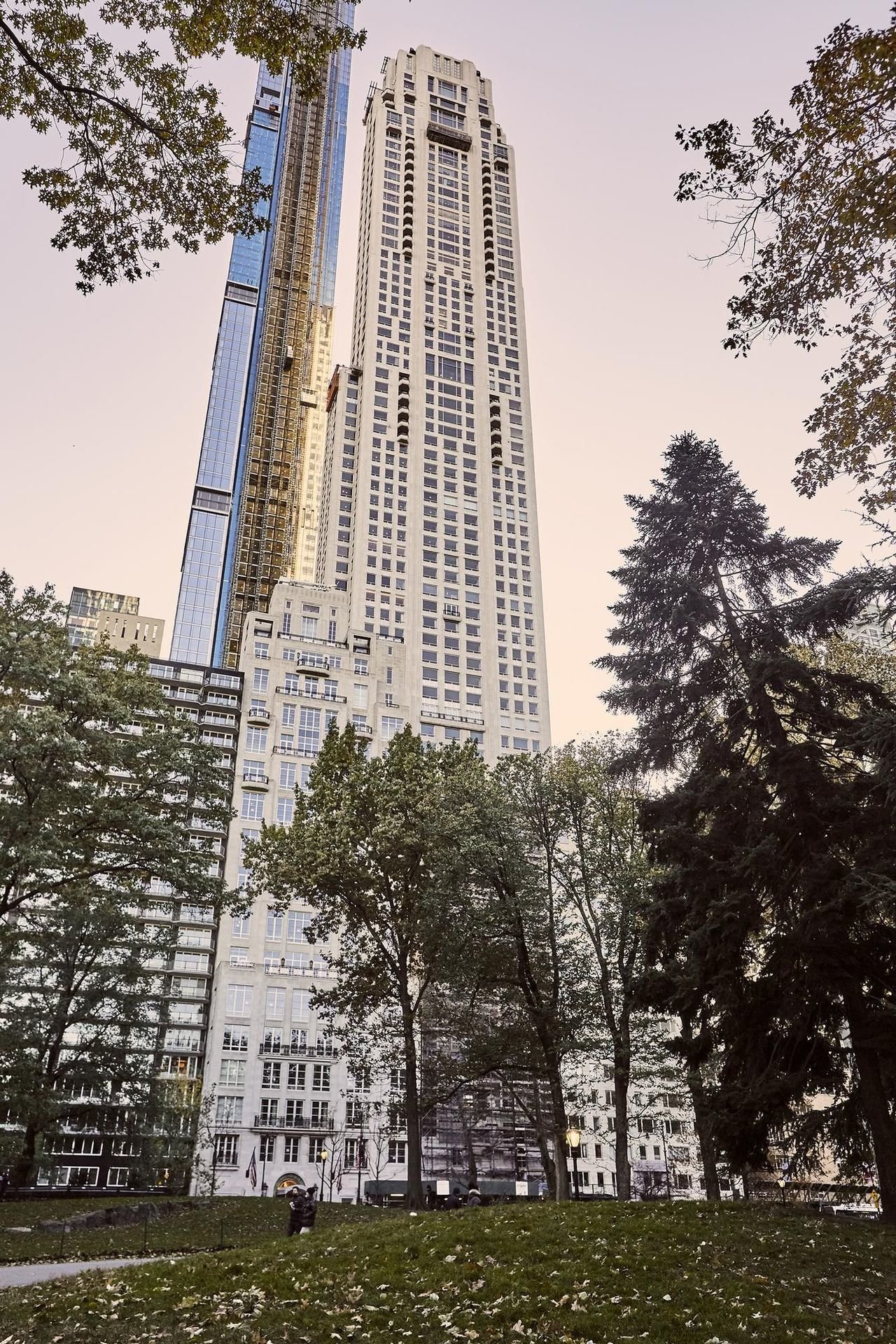 Mr. Griffin’s purchase of the roughly 24,000-square-foot Billionaires’ Row apartment “came to personify the issue of income inequality for many people,” said luxury agent Jason Haber of Warburg Realty of the deal. “Ken Griffin closed right when the legislature began their session. It was like throwing meat to the wolves.”

Soon after, the New York legislature expanded the so-called “mansion tax,” designed to target buyers of properties priced at $2 million or more, and increased property transfer taxes. The deal also helped reignite discussions around a pied-à-terre tax, which would tax multimillion-dollar second homes as a funding source for the city’s beleaguered subway system.

“It served as Exhibit A for why we should look at the possibility,” said Sen. Brad Hoylman, who sponsored the pied-à-terre tax bill.

The purchase was one of a string of record-breaking acquisitions by the billionaire in recent years In 2017, the Citadel founder bought several floors of a Chicago condominium for a record $58.75 million. He also bought a London home for about $122 million, and a piece of land in Florida for $99.1 million (see below).

To some extent, Mr. Griffin’s spending spree has made him a central figure in the debate about wealth inequality in New York. “Anyone who can afford to pay for a $238 million apartment can afford to pay a little more off the top to make the city a better place for everyone,” Sen. Hoylman said. Mr. Griffin has rarely spoken publicly on the issue. At an event this year hosted by Bloomberg News, Mr. Griffin criticized presidential hopeful Sen. Elizabeth Warren, saying he wished she spent more energy on education, rather than attacking “those of us who have been successful.” 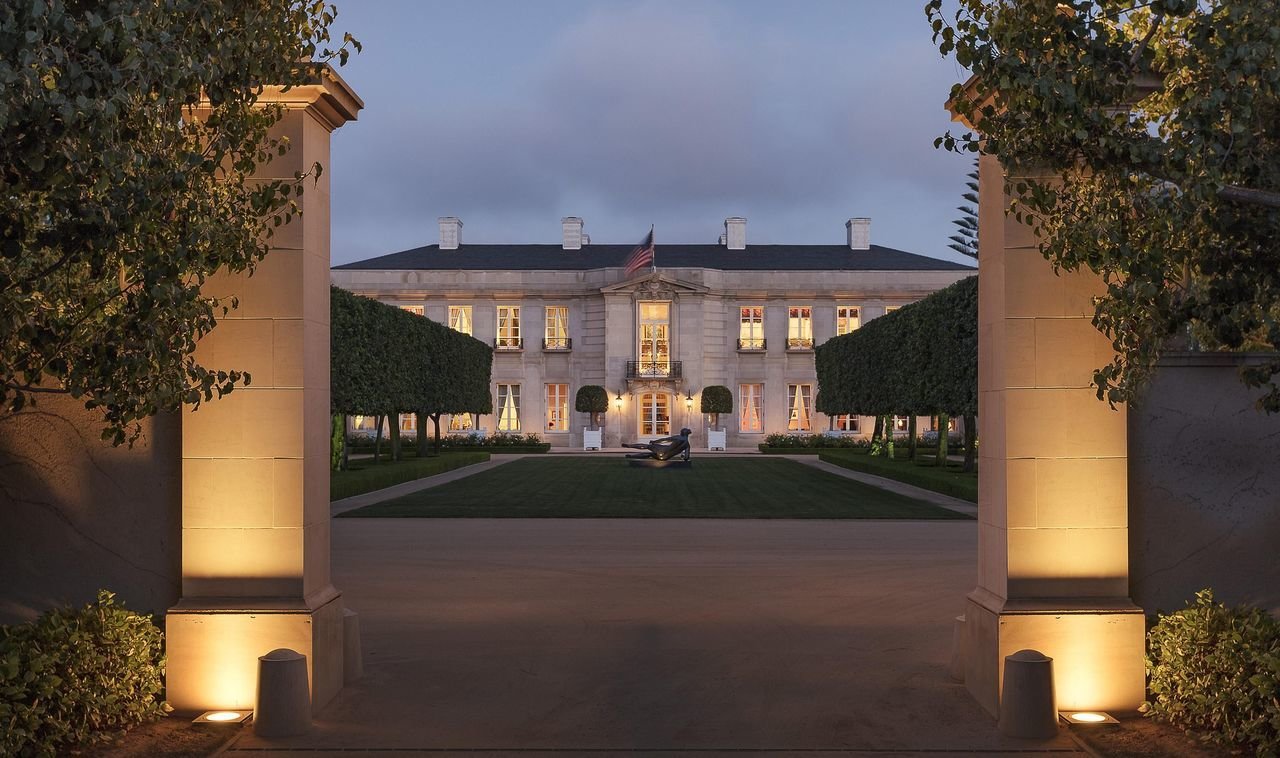 A view of Chartwell, which was purchased by Lachlan Murdoch. Jim Bartsch

Lachlan Murdoch, co-chairman of News Corp., which owns Dow Jones & Co., publisher of The Wall Street Journal, paid about $150 million for this Bel-Air estate in December, setting a record for the Los Angeles area, according to people familiar with the deal. Observers said it was the second-priciest sale ever recorded in the country for a single-family home.

While the price-tag was huge, the property was the latest in a line of homes to sell for a major discount to their original asking prices, marking the culmination of years of aggressive or arguably aspirational pricing for luxury homes across the country. The roughly 25,000-square-foot mansion came on the market in 2017 for $350 million, making it the most expensive listing in the nation at the time.

Designed by Sumner Spaulding around 1930, the property was owned by onetime Univision Chairman A. Jerrold Perenchio. It came with a Wallace Neff-designed five-bedroom guesthouse, a 75-foot pool, a tennis court and a car showroom with space for 40 vehicles. Mr. Murdoch didn’t respond to requests for comment. 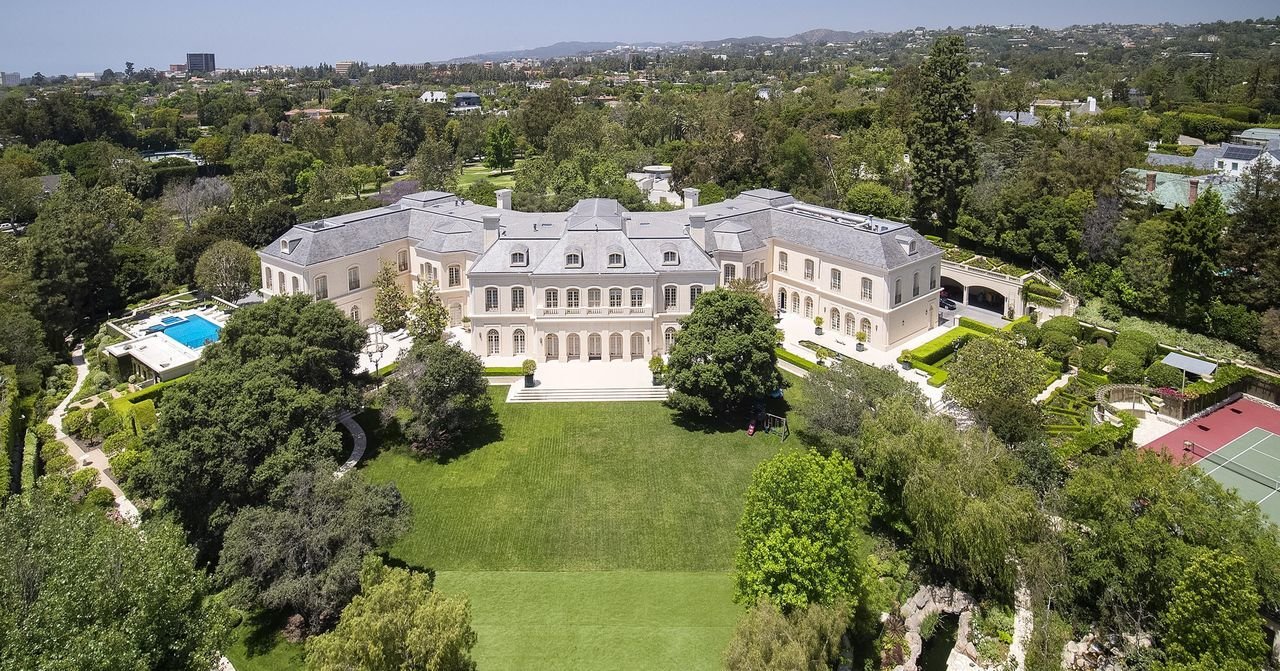 British Formula One heiress Petra Ecclestone sold Spelling Manor, a sprawling estate built for the late television producer Aaron Spelling, this past summer for $119.75 million, records show. The buyer hailed from Saudi Arabia, according to people familiar with the deal. 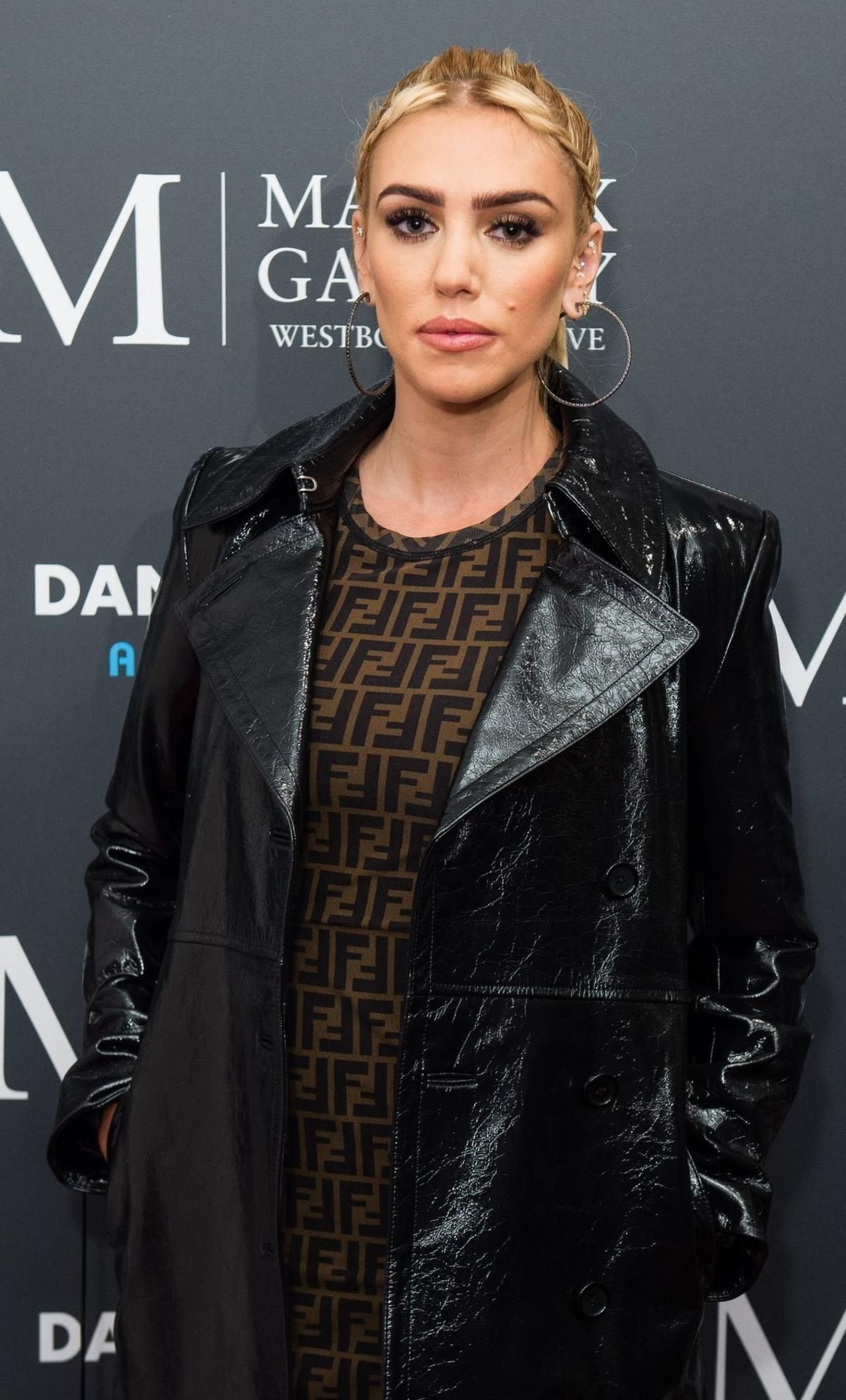 The Holmby Hills property, designed in the style of a French château, is about 56,000 square feet, making it one of the largest private homes in the country. After Ms. Ecclestone bought it from Mr. Spelling’s widow, Candy Spelling, in 2011, she brought in more than 500 workers to do a three-month, multimillion-dollar renovation. The property has a two-lane bowling alley, a wine cellar, a beauty salon, a gym, tanning rooms and a tennis court.

The property is one of several significant Los Angeles area homes to have traded to buyers from the Middle East this year. In May, a Saudi buyer snapped up two neighboring Bel-Air properties for $52 million, The Wall Street Journal reported.