The pain for active investors who have under performed the broader market for over a decade, has claimed its first notable casualty for 2020: according to the WSJ, the flagship real-estate fund of Swiss banking giant UBS has been hit with about $7 billion in redemption requests following a lengthy period of under performance. As a result, UBS has stepped up efforts to stem the bleeding at its $20 billion Trumbull Property Fund flagship real-estate fund amid concerns over its retail holdings, “as some investors move away from more conservative, lower-return funds.”

The UBS woes follow two months after M&G, a London-listed asset manager, said it has been unable to sell properties fast enough, particularly given its concentration on the retail sector, to meet the demands of investors who wanted to cash out. The investor “run” led the fund to suspend any redemption requests in its £2.5 billion ($3.2 billion) Property Portfolio in early December 2019.

While UBS hasn’t followed in M&G’s footsteps yet and gated investors, the Swiss bank has offered to reduce fees for investors who stay in the fund and to charge no management fee for new investments, according to an analyst presentation to the City of Cambridge. Mass., Retirement System. The bank also recently replaced some in the fund’s top leadership, including Matthew Lynch, the head of U.S. real estate, the WSJ reports. 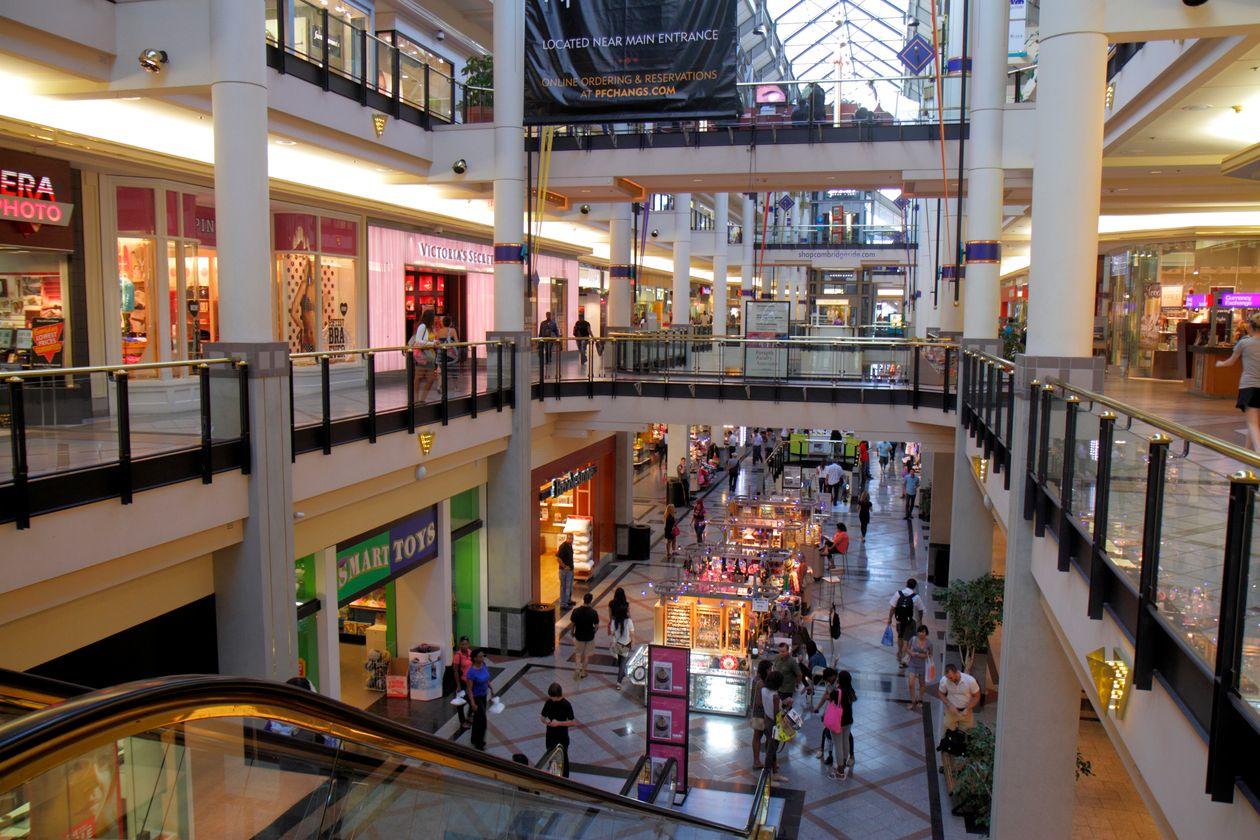 A mall owned by the Trumbull Property Trust

Alas, once a fund faces a rise in redemption requests – and this becomes mainstream knowledge – the redemptions cascade and capital outflows can be hard to stop. If a fund manager doesn’t have enough cash to meet the requests, it has to sell properties. That often takes time, causing a backlog and increasing pressure on the fund to sell; what usually happens next is a “gate” barring investors from withdrawing funds.

“When there is a redemption queue investors often feel they have to get in line so they aren’t the last ones left to turn off the lights,” said Nori Lietz, a senior lecturer of business administration and faculty member at Harvard Business School.

And as in the case of numerous funds discussed previously, analysts believe that is the case with Trumbull, where the withdrawal backlog in June was little more than a third of where it is today, according to a report by consulting firm RVK for the Ohio Bureau of Workers’ Compensation.  In one of the more recent redemptions, the board of the Kansas Public Employees Retirement System last month voted to ask for some of its money back from Trumbull.

Some background: started in 1978, Trumbull is one of the oldest and largest real-estate funds. It is known as a core fund, a type that focuses on less risky properties and pursues lower but steadier returns than riskier opportunity funds that aim for annual returns around the midteens. Unlike riskier private-equity style funds, which have stricter rules about investors pulling out money before the end of the fund’s life, most big core funds have open-ended withdrawals and no expiration date.

Trumbull and other core funds performed well after the financial crisis, when investors flocked to safer, more predictable strategies after a number of high-performing but riskier real-estate funds blew up in 2008 and 2009.

In fact, as late as June 2015, Trumbull had a $1.2 billion backlog of funds looking to invest, and no backlog of investors looking to get out, according to a report by consulting firm RVK for the Ohio Bureau of Workers’ Compensation. Core funds “just had incredible market tailwinds,” said Christy Fields, a managing principal at consulting firm Meketa Investment Group, Inc.

But over the past year, real returns have fallen back to their historical average, and now funds which as recently as 5 years ago had a wait list for investors, are suddenly hurting. And while J.P. Morgan’s Strategic Property Fund and other funds are experiencing outflows, Trumbull has been the hardest hit. It has performed worse than the core-fund benchmark index for 11 of the past 12 quarters, according to a December performance review by the City of Burlington, Vt., Employees Retirement System.

Between June 2018 and June 2019, the fund had a negative net return of 0.63% compared with a positive return of 5.46% for the NCREIF NFI-ODCE index, according to the RVK report for the Ohio Bureau of Workers’ Compensation.

To bolster the fund, UBS brought in Joe Azelby, a former professional football player with the Buffalo Bills and veteran of JPMorgan’s asset-management division and Apollo Global Management. He took over UBS Asset Management’s real-estate operations in March.

Meketa’s Ms. Fields said some core funds were losing investors in part because of their exposure to the struggling retail sector.

But the biggest culprit for the fund’s woes: Amazon, which has put countless bricks and mortar retailers out of business, and converted many of America’s malls into ghost towns. Trumbull owns across the U.S., many of them acquired when the outlook for the retail sector looked less dire, property records show. The mall sector is struggling with store closures as online retail expands its market share. These properties still account for nearly 20% of Trumbull’s assets, slightly above the industry average.

One of its largest malls, the Galleria Dallas, is expected to lose one of its department stores, Belk, in late March, according to the company. The fund plans to redevelop some malls in a bid to make them more profitable and sell others, according to a person familiar with the matter. At the CambridgeSide mall in Cambridge, Mass., UBS plans to convert some retail space into offices.