It’s certainly plausible that the global economy is in the early stages of grinding to a halt. Already, we’ve noted that two-thirds of China’s economy is offline, with major industrial hubs idle and 400 million people quarantined. 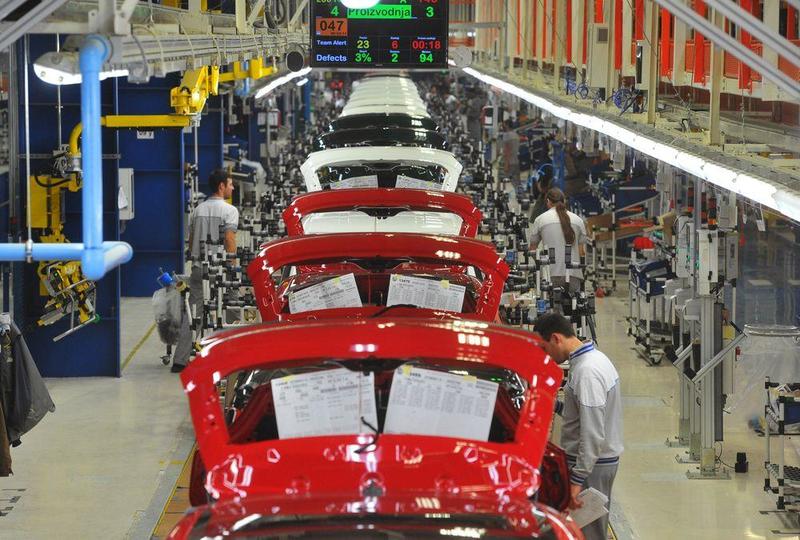 The next phase of the supply chain chaos is to spread to regions that are overly reliant on Chinese parts for assembly, such as a Fiat Chrysler Automobiles NV plant in Serbia.

Bloomberg reports Friday morning that the plant is expected to halt operations of its assembly line because of the lack of parts from China as the Covid-19 outbreak worsens.

Turin, Italy-based automaker’s Kragujevac factory in Serbia, which assembles the Fiat 500L, has to bring its production line to a halt due to lack of audio-system and other electric parts sourced from China.

We reported on Feb 6 that Fiat Chrysler was expected to close the plant if the virus continued to spread.

Four of the automaker’s suppliers have been impacted by China’s decision to shut down much of its industrial sector as part of a quarantine that’s expected to take a massive chunk out of GDP growth in the first half.

Fiat Chrysler CEO Mike Manley said four of the company’s suppliers in China had already been affected by the outbreak, including one “critical” maker of parts putting European production at risk.

The evolution of the supply chain disruption emanating from China is spreading outwards and to the West.

Wall Street is blind as a bat, or maybe their hope the Federal Reserve will keep pumping liquidity into the market will numb the pain of one of the most significant shocks expected to hit the global economy in the near term. This is mostly due to the world’s most complex supply chains, which as of late January, have been severed and will start affecting assembly plants in Europe.

The disruption could spread to the US, where many assembly plants source parts from China.

What’s about to hit the global economy was beautifully outlined by former Morgan Stanley Asia chairman Stephen Roach warned several weeks ago that the global economy could already be in a period of vulnerability, where an exogenous shock, such as the Covid-19, could be the trigger for the next worldwide recession.

Mohamed El-Erian, the chief economic adviser to the insurance company Allianz, recently said the economic damage caused by virus outbreak would play out this year.

El-Erian said the economic shock to China and surrounding manufacturing hubs is happening at a time when the global economy is slowing, and interest rates among central banks are near zero, indicating their ammo to fight the downturn is limited.

Freeport-McMoRan CEO Richard Adkerson said in an interview last month that the virus outbreak in China is a “real black swan event” for the global economy.

Alibaba Group’s CEO Daniel Zhang said this week that the virus outbreak in China is developing into a “black swan event” that could have severe consequences for China and the global economy.

When the world’s most complex supply chains break, so does the global economy. It’s only a matter of time before disruption is seen in the US.

“I Have No Idea What To Do Now”: South Korean & Japanese Firms Screwed By Shortage Of Chinese Migrant Workers