Wells Fargo has agreed to pay $3 billion to settle U.S. investigations into more than a decade of widespread consumer abuses under a deal that lets the scandal-ridden bank avoid criminal charges.

The deal resolves civil and criminal investigations. It includes a so-called deferred prosecution agreement, where the Justice Department files, but doesn’t immediately pursue, criminal charges. It will eventually dismiss them if the bank satisfies the government’s requirements, including its continued cooperation with further government investigations, over the next three years.

The accord also resolves a complaint by the Securities and Exchange Commission.

“Our settlement with Wells Fargo, and the $3 billion criminal monetary penalty imposed on the bank, go far beyond ‘the cost of doing business,’” U.S. Attorney Andrew Murray for the Western District of North Carolina said in a statement.

“They are appropriate given the staggering size, scope and duration of Wells Fargo’s illicit conduct.”

All of which means – nobody goes to jail!

While today’s settlement shuts the door on a major portion of the bank’s legal problems related to the fake accounts, a scandal that has claimed two CEOs; it’s hardly the end of the bank’s legal woes. The firm remains under a growth cap imposed by the Federal Reserve. Last month the Office of the Comptroller of the Currency announced civil charges against eight former senior executives, some of whom settled. And probes into other suspected misconduct in other businesses are continuing.

But, don’t expect anyone to held accountable for any of that either. 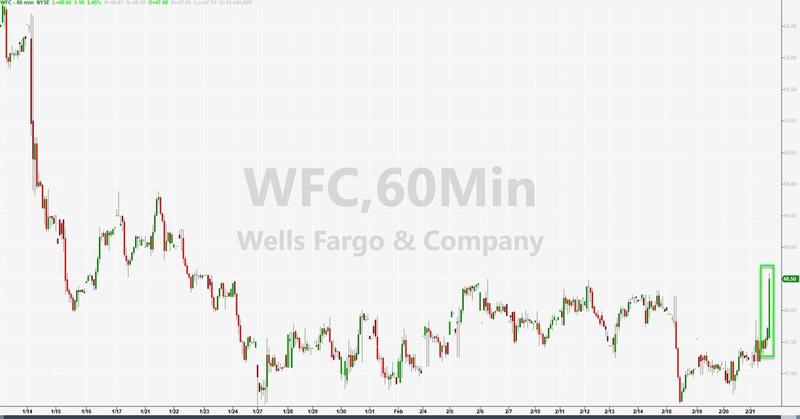