The jumbo loan market is facing a classic liquidity crunch. A perfect storm is brewing as millions of homeowners are seeking forbearances as the economy crashes into depression from coronavirus lock downs, and firms who usually bundle up jumbo loans have immediately exited the market.

Jumbo loans are mortgages for the best credit risk borrowers who want to purchase mansions. In pre-corona times, lenders were falling over each other to welcome jumbo borrowers, but not anymore.

Greg McBride, the Bankrate chief financial analyst, recently said demand has dried up for jumbo mortgages as investors shift to mortgage bonds for government-backed loans where “they’re assured of receiving payments even if large numbers of borrowers are in forbearance.”

“Most mortgages get made by lenders who then sell it to someone else,” McBride said. “If there is no willing buyer, lenders will stop closing loans so as not to be stuck holding the bag.”

Tendayi Kapfidze, the chief economist at LendingTree Inc., said in normal times, jumbo loans were all the rage. Now because these loans “don’t have the government guarantee, a lot of those loans end up on the bank balance sheet.”

According to Optimal Blue, a Texas-based firm that monitors mortgage rates, lenders are charging more for jumbos than conventional mortgages, and this is the first time in seven years. Lenders have also tightened lending standards for wealthy households.

David Adler, an aerospace executive in Irvine, California, told Bloomberg that he thought it would be easy to get a jumbo loan at a rate of 3.7% on his $700,000 home. Even with excellent credit, he was told the rate would be much higher.

“I told the guy at the bank, ‘I’m trying to use logic here,'” Adler said in an interview. “And he said, ‘That’s your problem.'”

The Mortgage Bankers Association said the availability for jumbo loans has plunged by 37% since March, making it harder for the best credit risk borrowers to get jumbos versus all other mortgages. 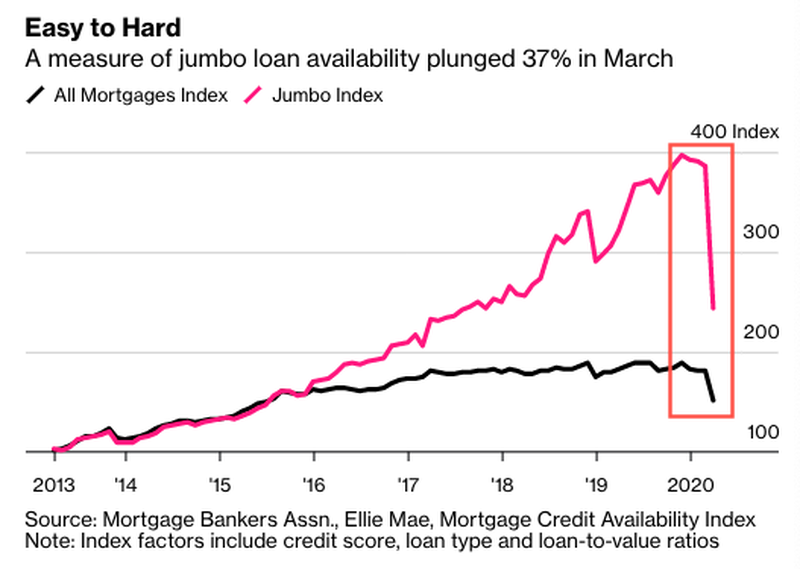 Before the pandemic, lenders welcomed jumbo borrowers, but now, since the economy crashed and 22 million people have lost their jobs, with the expectation the economic downturn could extend into 2021, the market for jumbos has dried up, hence why rates are surging. 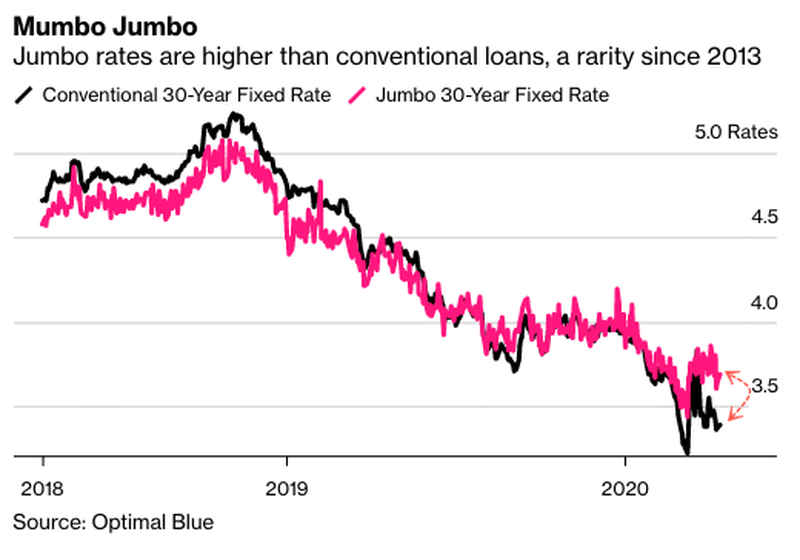 Lenders are pulling out of the jumbo loan market because a correction in real estate could be nearing, and many of the loans aren’t government guaranteed.

Wells Fargo has suspended the purchase of jumbo loans from other lenders, but not “direct-to-consumer originations through their retail mortgage channel,” said Tom Goyda, senior VP of consumer lending communications at Wells Fargo.

Truist Financial Corp. and Flagstar Bancorp Inc. are other banks that have “pulled back by limiting refinancings, suspending their purchases of new loans made by correspondent lenders or pulling short-term credit lines from smaller mortgage companies they fund that make jumbo loans,” said Bloomberg.

Freedom Mortgage Corp. CEO Stanley Middleman said much of the pullback is from investors who would typically buy these loans no longer want them because of the challenging economic conditions.

“Whether the assets are good or not good is irrelevant because there’s no liquidity to buy them,” Middleman said.

Damon Germanides, a broker at Beverly Hills-based Insignia Mortgage, said closing loans is getting much more difficult than ever before. He said a wealthy client that has good credit and owns a business in the area might not be able to qualify for a mortgage.

JPM also reported that its loan loss provision surged fivefold to over $8.2 billion for the first quarter, the biggest quarterly increase since the financial crisis. 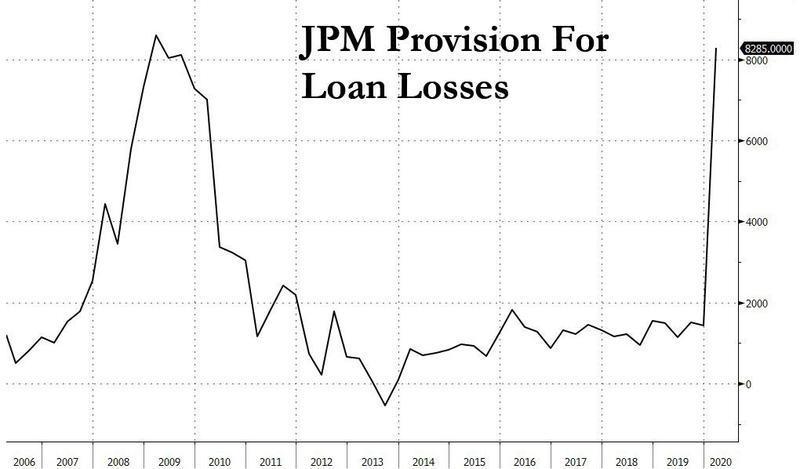 And as a reminder, we noted earlier this month the residential mortgage market is already free falling after borrower requests to delay mortgage payments exploded by 1,896% in the second half of March. Moody’s Analytics predicted as many as 30% of Americans with home loans – about 15 million households – could stop paying if lock downs continued through summer. 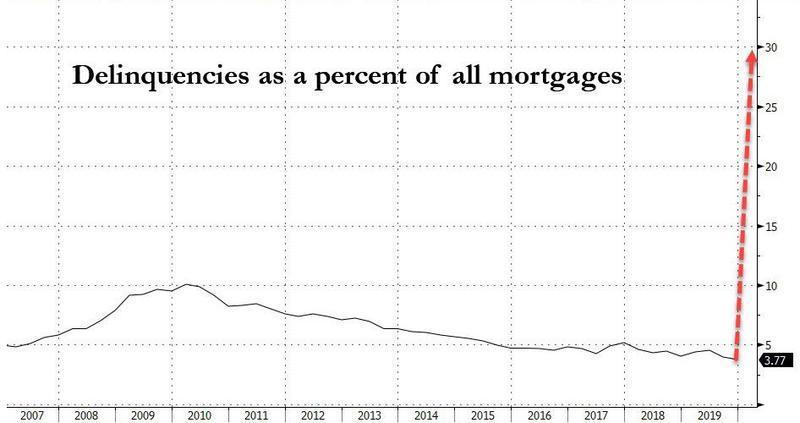