History doesn’t repeat itself, but it often rhymes,” as Mark Twain is often reputed to have said. Before the 2007-2008 GFC, people built real estate portfolios based around renters. We all know what happened there; once consumers got pinched in the GFC, rent payments couldn’t be made, and it rippled down the chain and resulted in landlords foreclosing on properties. Now a similar event is underway, that is, over leveraged Airbnb Superhosts, who own portfolios of rental properties built on debt, are now starting to blow up after the pandemic has left them incomeless for months and unable to service mortgage debt.

Zerohedge described the financial troubles that were ahead for Superhosts in late March after noticing nationwide lock downs led to a crash not just in the tourism and hospitality industries, but also a plunge in Airbnb bookings. It was to our surprise that Airbnb’s management understood many of their Superhosts were over leveraged and insolvent, which forced the company to quickly erect a bailout fund for Superhosts that would cover part of their mortgage payments in April. 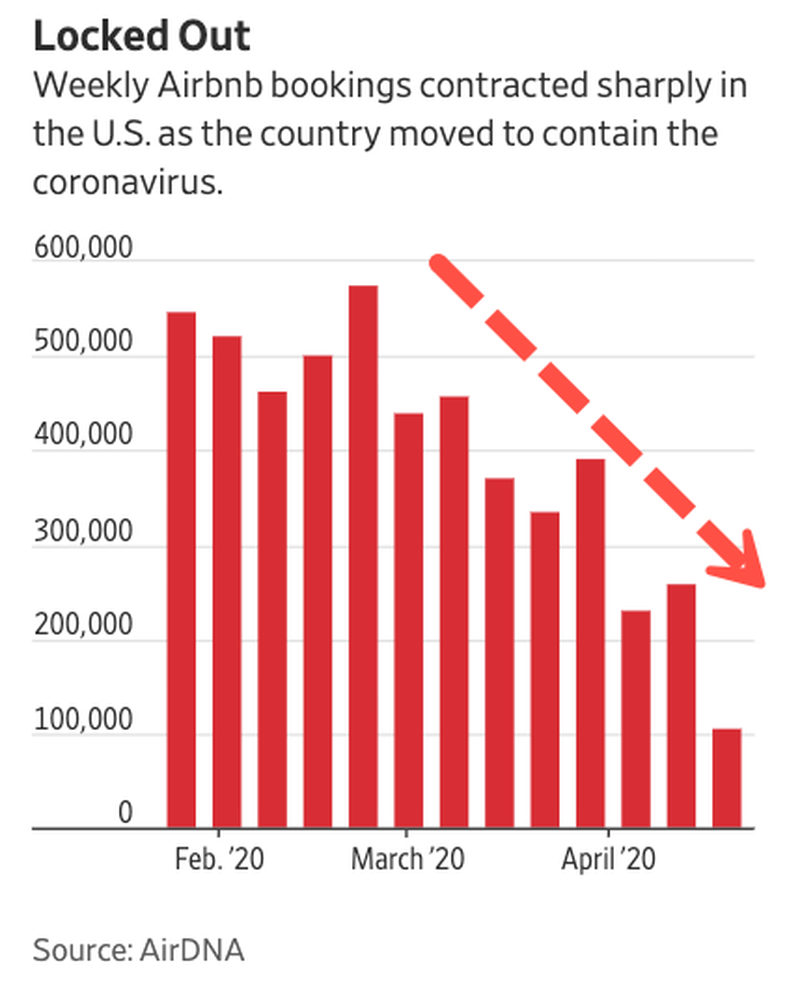 The Wall Street Journal has done the groundwork by interviewing Superhosts that are seeing their mini-empires of short-term rental properties built on debt implode as the “magic money” dries up.

Cheryl Dopp,54, has a small portfolio of Airbnb properties with monthly mortgage payments totaling around $22,000. She said the increasing rental income of adding properties to the portfolio would offset the growing debt. When the pandemic struck, she said $10,000 in rental income evaporated overnight.

“I made a bargain with the devil,” she said while referring to her financial misery of being overleveraged and incomeless.

Dopp said when the pandemic lock downs began, “I thought, ‘Holy God. We’re about to lose everything.'”

Market-research firm AirDNA LLC said $1.5 billion in bookings have vanished since mid-March. Airbnb gave all hosts a refund, along with Superhosts, a bailout (in Airbnb terms they called it a “grant”).

“Hosts should’ve always been prepared for this income to go away,” said Gina Marotta, a principal at Argentia Group Inc., which does credit analysis on real estate loans. “Instead, they built an expensive lifestyle feeding off of it.”

We noted that last month, “Of the four million Airbnb hosts across the world, 10% are considered “Superhosts,” and many have taken out mortgages to accumulate properties to build rental portfolios.”

Airbnb spokesman Nick Papas said the decline in bookings and slump in the tourism and travel industry is “temporary: Travel will bounce back and Airbnb hosts—the vast majority of whom have just one listing—will continue to welcome guests and generate income.”

Papas’ optimism about a V-shaped recovery has certainly not been echoed in the petroleum and aviation industry. Boeing CEO Dave Calhoun warned on Tuesday that air travel growth might not return to pre-corona levels for years. Fewer people traveling is more bad news for Airbnb hosts that a slump could persist for years, leading to the eventual deleveraging of properties. 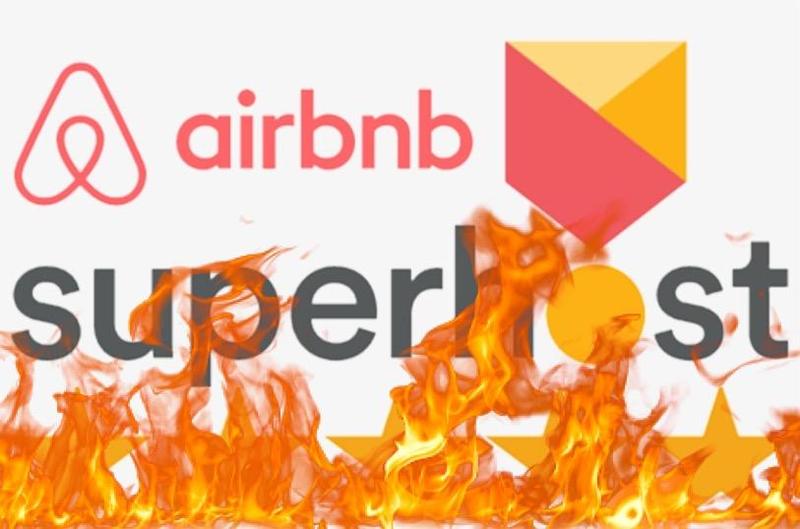 AirDNA has determined that a third of Airbnb’s US hosts have one property. Another third have two and 24 properties and get ready for this: a third have more than 24.

Startups such as Sonder Corp. and Lyric Hospitality Inc. manage properties for hosts that have 25+ properties. Many of these companies have furloughed or laid off staff in April.

Jennifer Kelleher-Hazlett of Clawson, Michigan, spent $380,000 on two properties in 2018. She and her husband borrowed $100,000 to furnish each. Rental income would net up to $7,000 per month from Airbnb after mortgage payments, which would supplement her income as a part-time pharmacist and husband’s work in academia.

Before the virus struck, both were expecting to buy more homes – now they can’t make the payments on their Airbnb properties because rental income has collapsed. “We’re either borrowing more or defaulting,” she said.

Here’s another Airbnb horror story via The Journal:

“That sum would provide little relief to hosts such as Jennifer and David Landrum of Atlanta. In 2016, they started a company named Local, renting the 18 apartments they leased and 21 apartments they managed to corporate travelers and film-industry workers. They spent more than $14,000 per apartment to outfit them with rugs, throw pillows, art and chandeliers. They grossed about $1.5 million annually, mostly through Airbnb, Ms. Landrum said.

They spend about $50,000 annually with cleaning services, about $25,000 on an inspector and $30,000 a year on maintenance staff and landscapers, Ms. Landrum said, not to mention spending on furnishings.

When Airbnb began refunding guests March 14, the Landrums had nearly $40,000 in cancellations, she said. The couple has been able to pay only a portion of April rent on the 18 apartments they lease and can’t fulfill their obligations to pay three months’ rent unless bookings resume. They have reduced pay to cleaning staff and others. Adding to the stress, Georgia banned short-term rentals through April.

“It’s scary,” said Ms. Landrum, who said she has discounted some units three times since mid-March. The Landrums have negotiated to get some leniency from apartment owners on their leases. If not, Ms. Landrum said, they would have to sell their house.”

To make matters worse, and this is exactly what we warned about last month, Airbnb Superhosts are now panic selling properties:

“There’s been a flood of people. You have people coming to us saying, ‘I’m a month or two away from foreclosure. What’s it going to take to get it sold now?'” Hague said.

And here’s what we said in March: “We might have discovered the next big seller that could ruin the real estate market: Airbnb Superhosts that need to get liquid.”

1 thought on ““Holy God. We’re About To Lose Everything” – Pandemic Crushes Over Leveraged Airbnb Superhosts”