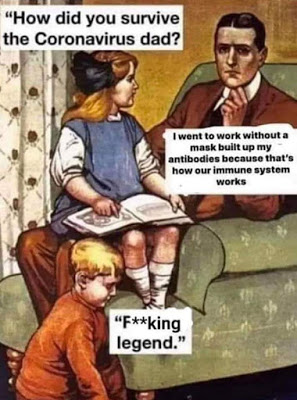 As the world makes its way through the coronavirus pandemic together, questions are starting to surface about what the post-coronavirus global economy is going to look like.

Among those questions is an obvious one: how many jobs that were lost due to the virus are going to remain permanently lost and, conversely, how many people will recover the jobs they once had?

The answer looks grim. While there is hope that global financial stimulus could help people head back to work once the pandemic runs its course, there is a very real chance of “lasting damage” in many sectors, according to Bloomberg.

Fed chair Jerome Powell predicted last week that there will be “well into the millions of people who don’t get to go back to their old job.” He continued: “In fact, there may not be a job in that industry for them for some time.”

Bloomberg has predicted that 30% of U.S. job losses between February and May were a result of reallocation shock. It suggests a swift labor market recovery, but one that will ultimately level off and leave millions unemployed.

Among those most at risk are jobs in hospitality, retail, leisure, education and health. Brick and mortar retailers are also even further in the crosshairs of online retailers than they were prior to the pandemic. Hilariously, however, Bloomberg economists say the “markets are already pricing in the risk”.

“50% of U.S. job losses come from the combination of lock down and weak demand, 30% from the reallocation shock, and 20% from high unemployment benefits,” Bloomberg found.

A report by the Becker Friedman Institute at the University of Chicago estimated 42% of layoffs that occurred as a result of the pandemic will be permanent.

Nicholas Bloom, professor of economics at Stanford University who worked on the study said: “There’s a massive reallocation shock. The recession hits different sectors differently. Some benefit and some fall.”

Similarly, The Peterson Institute for International Economics said last week that the shock of the virus may necessitate even further government intervention, including wage subsidies. The Organization for Economic Cooperation and Development said last week that those laid off should be afforded government job training, in order to help a shift in industries, if necessary.

Sharan Burrow, General Secretary of the International Trade Union Confederation, concluded: “The pandemic has exposed the fault lines that already existed for working people and the economy. The ‘new normal’ requires a new social contract between governments and their citizens with the backing of the international community.”