A stunning 30% of Americans didn’t make their housing payment for June – a figure that is likely going to ripple through the housing industry in coming months. According to a new survey by Apartment List, the rate is similar to May and shows that even though other industries are rebounding, the situation has not yet improved meaningfully in housing.

These figures stood at 24% in April and 31% in May, before falling slightly to 30% in June. One third of the 30% in June made a partial payment, while two thirds made no payment at all. 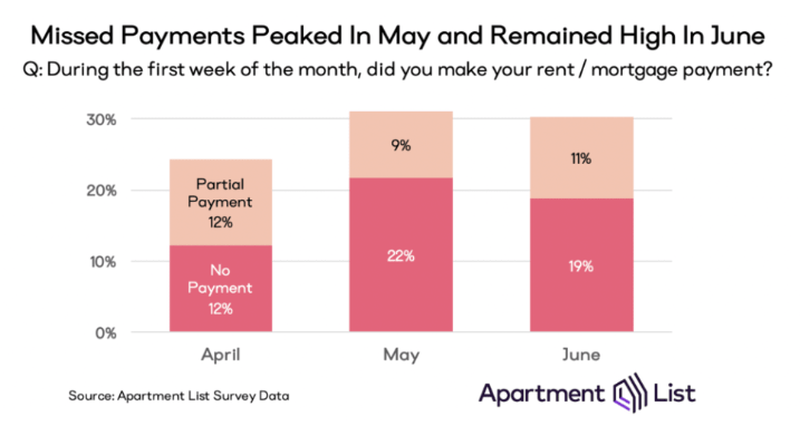 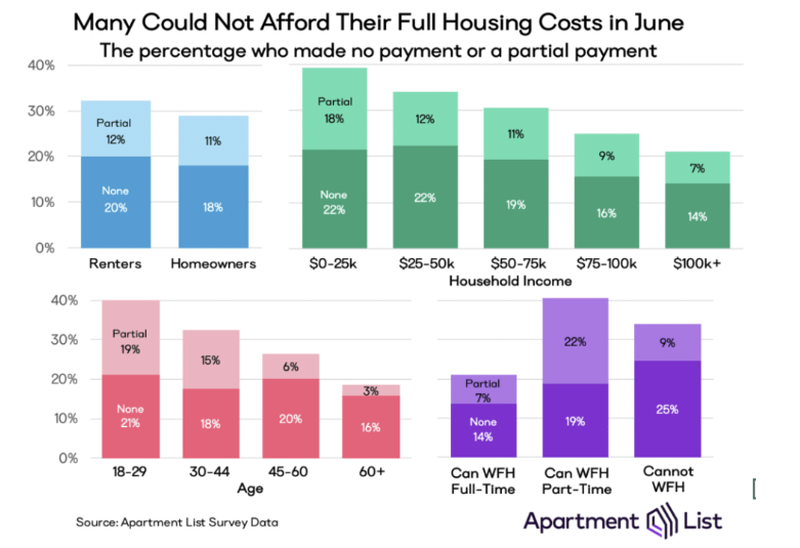 We’ll see how long people can play catch up.

Meanwhile, as the survey notes, delayed payments in one month are a strong indicator for coming months. 83% of those who paid on time in May did so in June. Meanwhile, only 30% of those who were late in May have made their payment in full for June.

This means the data for the beginning of July is likely to be just as ugly as June. 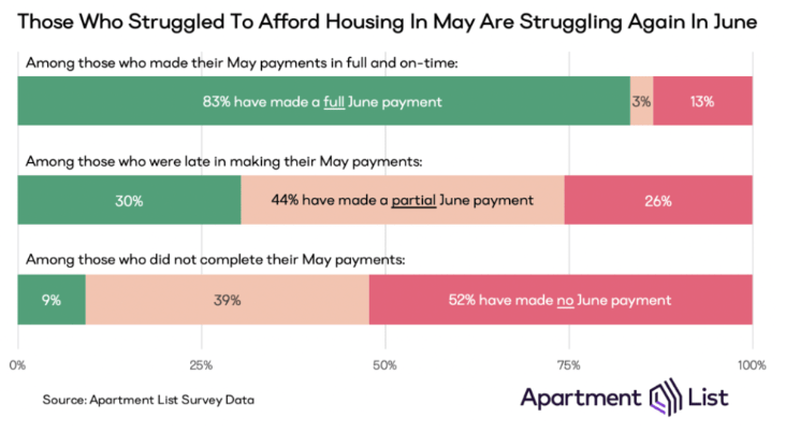 The number rises to 56% when polled just among those who have not yet paid their full rent for June.

Recall, just days ago ZeroHedge wrote that Americans had already skipped payments on more than 100 million loans while, at the same time, job losses continue to accelerate.

“The number of Americans that filed new claims for unemployment benefits last week was much higher than expected,” we noted.

To put this in perspective, let me once again remind my readers that prior to this year the all-time record for a single week was just 695,000.  So even though more than 44 million Americans had already filed initial claims for unemployment benefits before this latest report, there were still enough new people losing jobs to more than double that old record from 1982.

That is just astounding.  We were told that the economy would be regaining huge amounts of jobs by now, but instead job losses remain at a catastrophic level that is unlike anything that we have ever seen before in all of U.S. history.