(Jhanders) Soon to be confirmed, US Treasury Secretary Janet Yellen made the case earlier this past week for many more trillions in stimulus and infrastructure spending. All, of course, will be financed out of thin air and rationalized given the viral shock to the economy and still current historically low-interest rate regime.

Of course, ours is not the only privately owned central bank in the world, creating currency out of thin air and adding to their balance sheet.

This year 2021, we can again expect the private Federal Reserve’s balance sheet to balloon as the US government rolls over and refinances a record $8.5 trillion in government IOUs.

Simultaneously this week, as Janet Yellen was selling our spending many more trillions we have not saved, a record-sized one day inflow of over $1/2 billion showed up in the silver derivative markets.

Silver bulls are again laying down long bets assuming silver spot prices will rise given all the upcoming trillion in stimulus behind and ahead. 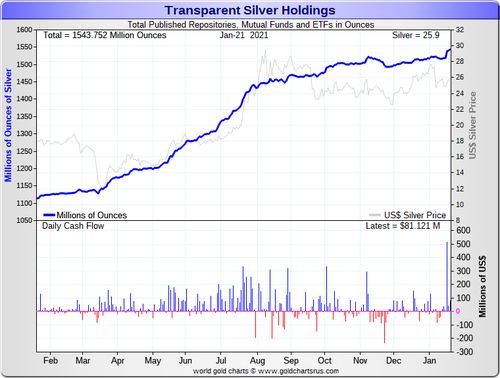 An over $1/2 billion Silver Derivative Inflow as Yellen spoke

Given that Mexico remains the world’s largest silver producer, their soon new record silver price foreshadows where we are all headed more shortly than later denominated in every fiat currency around the world. 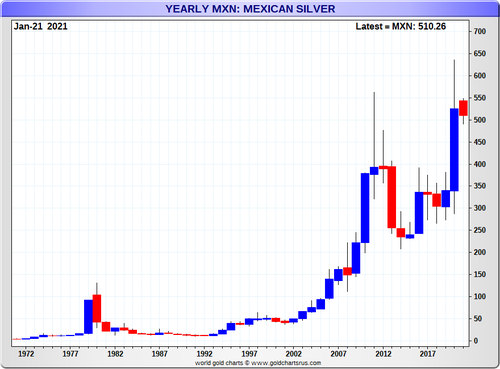 General commodity values appear to be turning up after a 12 yr downtrend now.

It’s no surprise to see platinum showing buoyancy above $1,000 per troy ounce to begin the year. 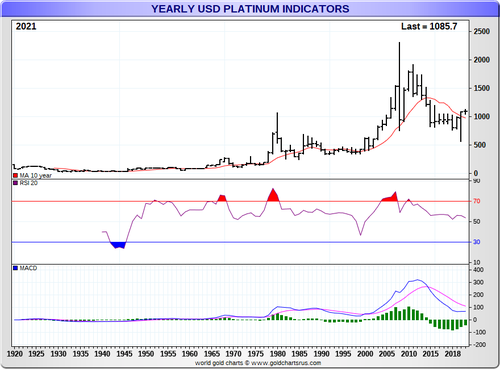 If we are indeed turning the corner for a coming commodity bull market, this now 100 years historical premium of gold over platinum will likely tighten back towards historic norms later this decade.

Turning to the ongoing mania in US stock markets, insider stock selling vs. buying by corporate executives has recently hit an all-time high level. This chart’s data goes back thirty years. 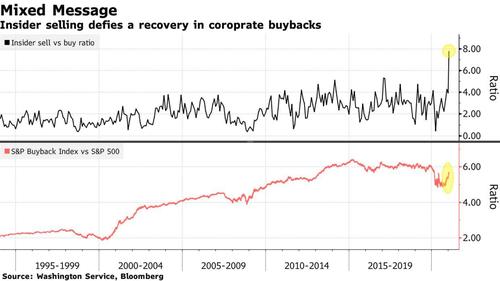 Today we witnessed Gamestop’s stock hit a record price based on a short squeeze mainly pushed by call option buying crowds from a subreddit called WallStreetBets.

Based on next to no real company fundamentals, but more so a short squeeze on call option market makers and shorts, this stock’s price within a handful of months went from its all-time low to an all-time high price reached today in the speculative stock market.

At the start of the year, Berkshire Hathaway billionaire Charlie Munger had a gloomy take on where the US stock market is headed this decade in real value terms.

So as we look out to the other building wall of debt and seemingly infinite stimulus about to be imposed into our financial system in the years unfolding.

We thinkers about the future are left to ponder.

How in the hell are were going to get out from the $100s of trillions in unfunded liabilities (debts and promise piles) collectively coming due this decade and into the next? 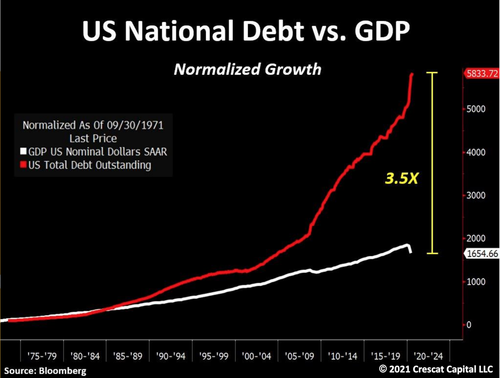 What happens once the interest on this growing debt overwhelms the diverging revenue growth and our collective faith in this system?

Well, an over five-decade Wall Street market veteran, Victor Sperandeo, last year expressed his take on the endgame or transition phase for the US ahead.

And on his website, he writes he is 100% certain it will not end in bankruptcy.

His certainty and confidence make sense. After all, the Federal Reserve and US Treasury have an infinite fiat currency creating keyboard at their disposal.

Instead, his belief is this system’s end, and the transition will be through eventual hyperinflation where we nominally devalue these seemingly ever-growing promise piles in a handful of painful months.

Of course, Victor’s endgame thesis is likely years out into the future.

But it is a real possibility given that record-in-debt governments often choose inflation over bankruptcy as the easier way out when cornered by their collective action’s comeuppance.

That is all for the week.

As always, take great care of yourselves and those you love.

Biden Administration Orders ICE Agents to Free All Illegal Aliens in Custody: ‘Release Them All’
***