LOS ANGELES, CA — The Los Angeles County Fairgrounds, one of the places Japanese Americans were held during World War II, will serve as an emergency shelter for unaccompanied children who have crossed the border into the United States, L.A. County has announced.

Hilda Solis, chair of the Los Angeles County Board of Supervisors, said Thursday the decision was made after discussions with the Biden White House.

The Biden administration has contacted communities throughout the nation to find space for undocumented children being sheltered in Border Patrol facilities. It even urged, unsuccessfully, that NASA employees go to the border to volunteer in the overcrowded camps.

Also known as the Pomona Fairplex, the mega-facility in the city of Pomona is the third in Southern California to serve in that capacity.

In 1942, months after the attack on Pearl Harbor, President Franklin Roosevelt authorized the detention of Japanese Americans, fearing they would be loyal to the emperor of Japan.

The Pomona location was selected as one of the camps. A California Historic Landmark plaque near Fairplex, at around 1099 West McKinley Avenue, Pomona, commemorates the event.

Opened in May 1942, the detention camp had 309 barracks, 8 mess halls, and 36 shower and latrine facilities. It reached a peak population of more than 5,000 before it closed later in the year. Most of the internees were transferred to another camp in Wyoming.

Today, the location serves as the Fairplex parking lot. In recent months, it has hosted one of L.A. County’s mega Covid-19 vaccination sites.

“Los Angeles County has a responsibility and an opportunity to care for unaccompanied minors invited into  to the United States,” Solis said. “This is not a border crisis – but, instead, it is everyone’s crisis.”

Long Beach and San Diego have both pledged to convert their convention centers into temporary shelters for migrant children. 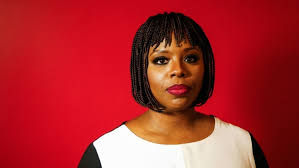 The Election Audits Are The Key To Bringing Back America