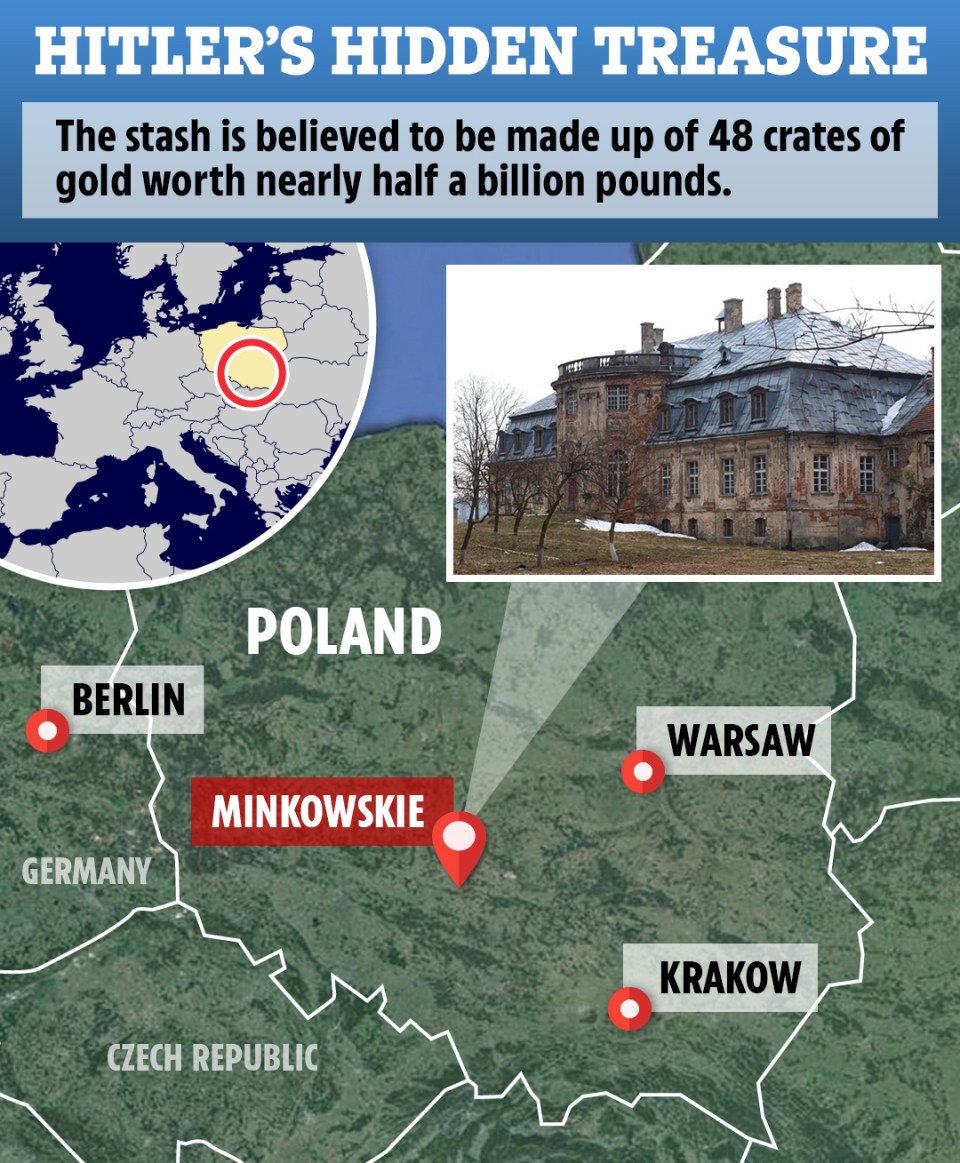 (Olivia Burke) TREASURE hunters are hoping to dig up 48 crates of Hitler’s hidden gold worth nearly half a billion pounds at a Polish palace used by his SS henchmen as a brothel.

The team will begin the archaeological excavation at the 18th-century palace in the village of Minkowskie in southern Poland next week and hope to unearth 10 tonnes of gold and other riches. 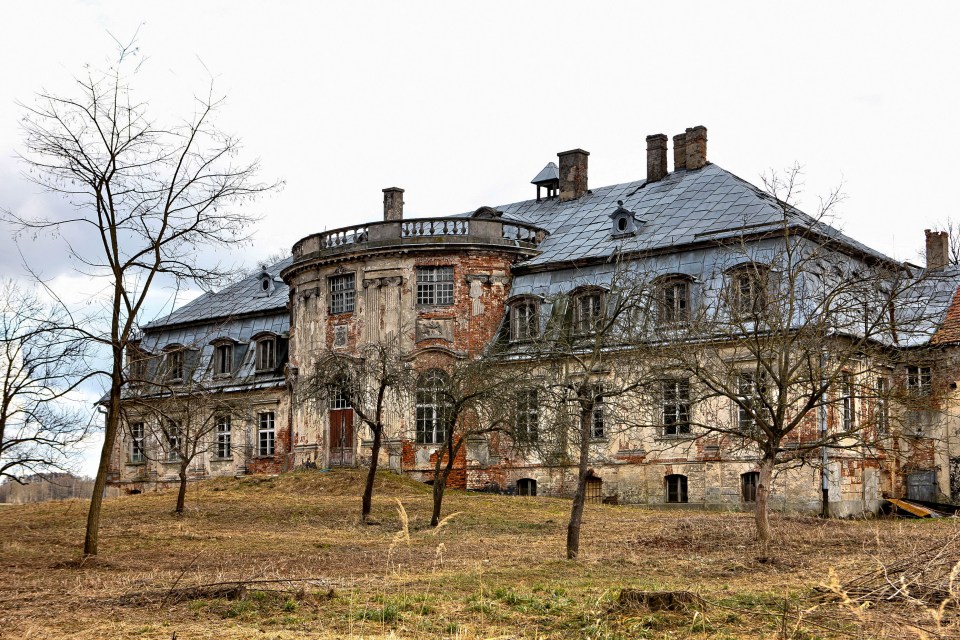 The historical palace in Minkowskie, southern Poland is thought to conceal a treasure trove of the Nazi’s lootCredit: Fot.Mariusz Przygoda/Silesian Bridge Foundation 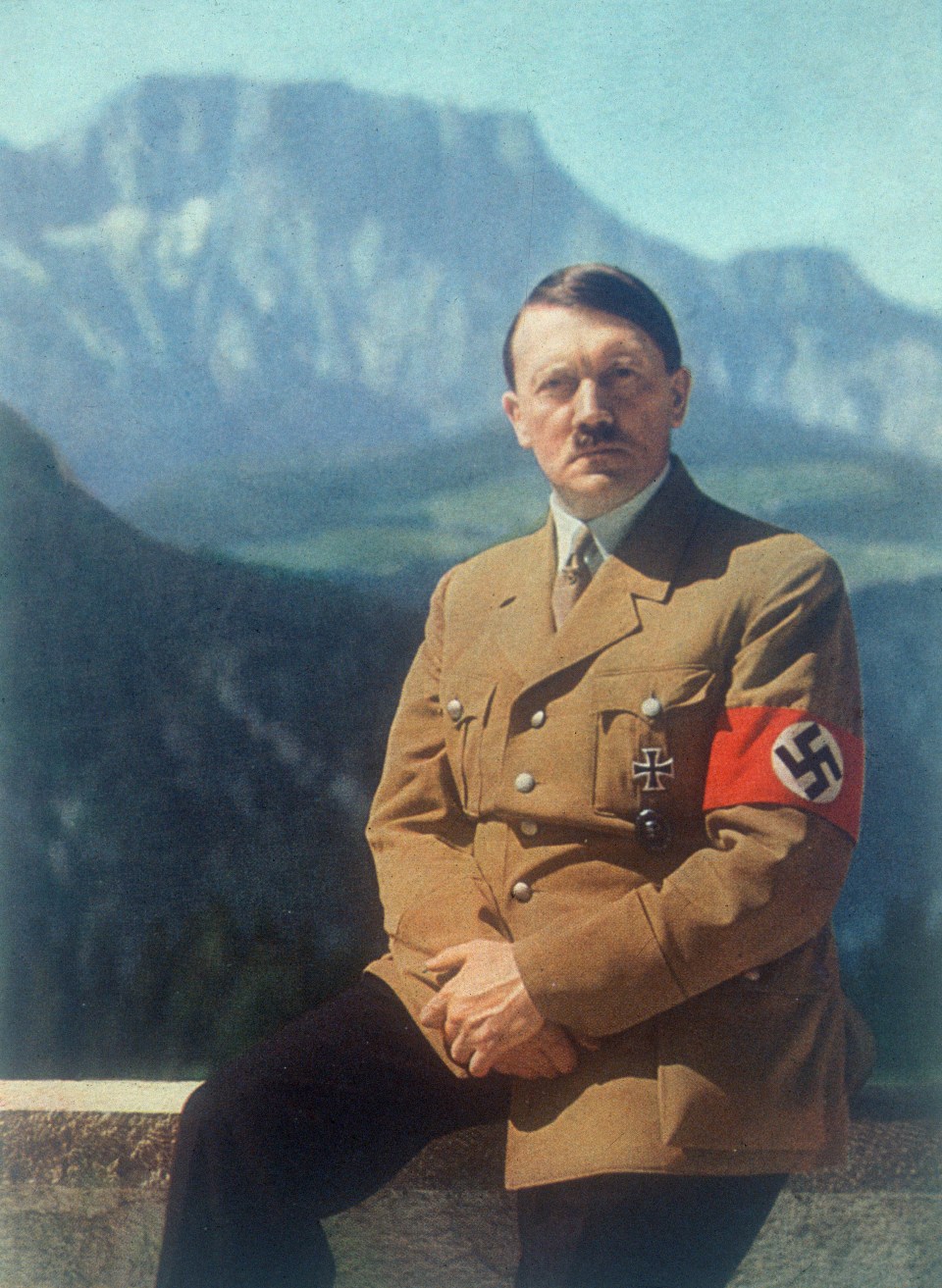 The team hope to find 48 crates of Adolf Hitler’s hidden gold which is worth up to half a billion pounds Credit: Getty – Contributor

The swag was stolen towards the end of World War Two under the instruction of SS boss Heinrich Himmler, to fund the creation of a Fourth Reich.

It is also thought to be made up of jewellery and possessions treasured by Germany’s elite who lived in the area and gave the Nazis their valuables to avoid them being snatched by Russia’s advancing Red Army.

The elusive ‘Gold of Breslau’, which disappeared from police headquarters in the Polish city of Wroclaw, is also believed to be amongst the hidden loot.

The treasure hunters, from the non-profit Silesian Bridge foundation, determined the location after scouring through secret documents, an SS officer’s diary, and a map they received from the offspring of officers who frequented a discreet lodge dating back over 1,000 years.

The 10th-century Quedlinburg lodge was created during the rule of the first German King Henry the Fowler – who was fascinating to Himmler, who even believed that he was the King’s reincarnation.

Quedlinburg members were awarded high-ranking positions in many Nazi institutions after the two formed an alliance in the Third Reich. 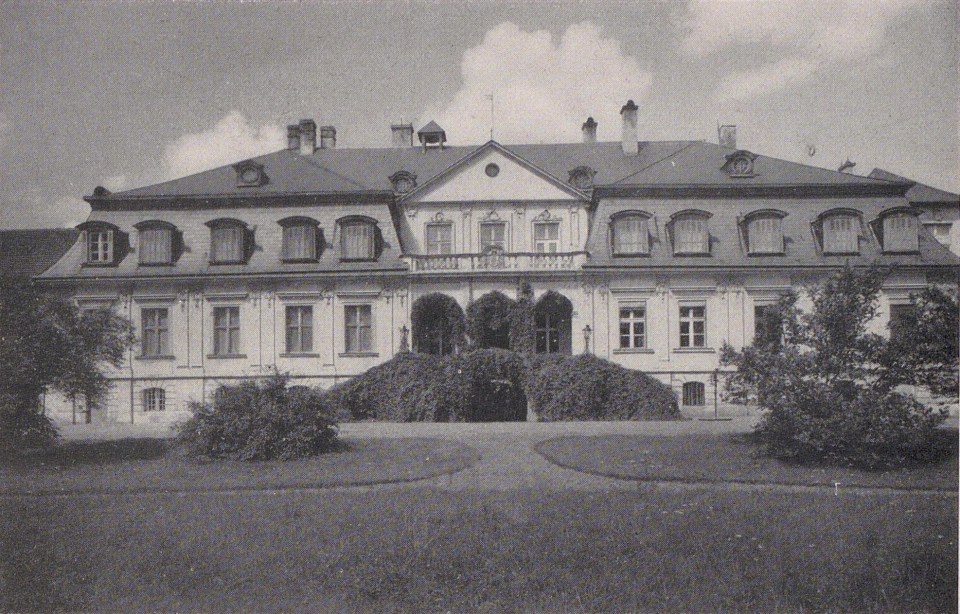 One diary entry claimed the loot was hidden in a trough dug in the orangery of the palaceCredit: POLSKA-org.PL 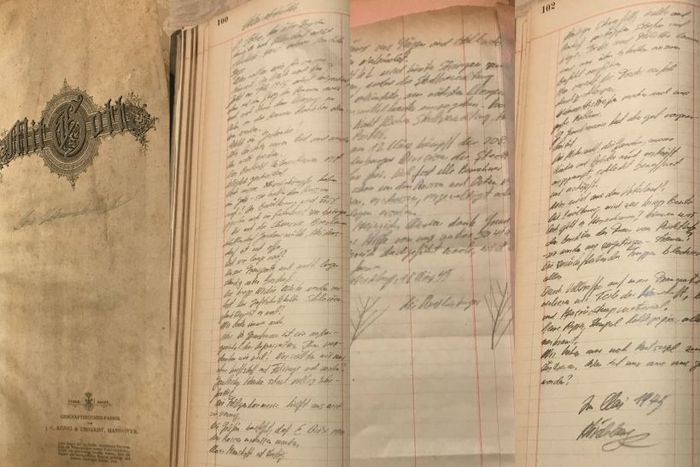 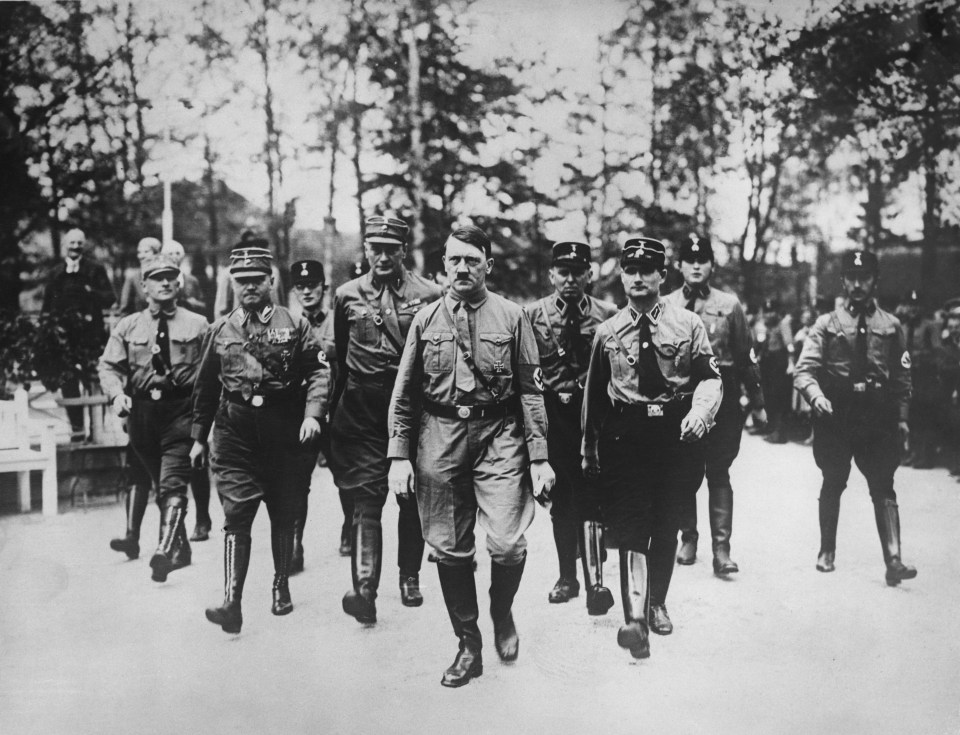 SS officers treated the Minkowskie palace as a ‘brothel’Credit: Getty

The records were handed over by descendants as “the return of world heritage is seen as a milestone on the long path of reconciliation,” according to the foundation.

The uncovered diary, believed to have been written by a high-ranking SS officer under the alias Michaelis, seems to be the key to the buried booty.

A pencil-written entry from March 12, 1945, discussing the stash at the palace in Minkowskie reads: “A trough has been dug in the orangery, which is a safe ‘home’ for the delivered chests and containers.

Michaelis continued, “48 chests from the Reichsbank, in good condition, were hidden, very well covered with earth and ‘greened’ with still living plants.

“Let providence watch over us.”

The revealing memoir has proved to be quite the treasure map, after it earlier revealed the location of another palace in the region last year where 28 tonnes of valuables are believed to be buried at the bottom of a well.

But the Silesian Bridge team have opted to excavate the Minkowskie mansion as the stash is easier to access.

Among the other indicative documents is a letter from a senior SS officer by the name of von Stein, written to a female who worked at the palace who later became his lover.

“My dear Inge, I will fufill my assignment, with God’s will. Some transports were successful. The remaining 48 heavy Reichsbank’s chests and all the family chests I hereby entrust to you,” he wrote. 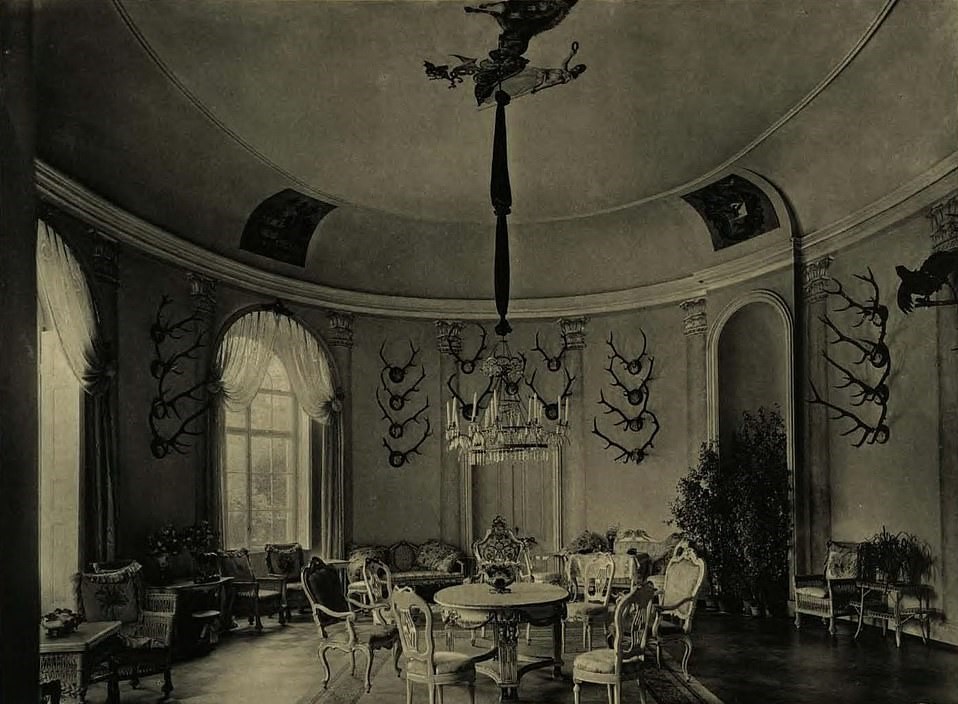 The grand palace later became a council office, a nursery, and even a cinemaCredit: POLSKA-org.pl 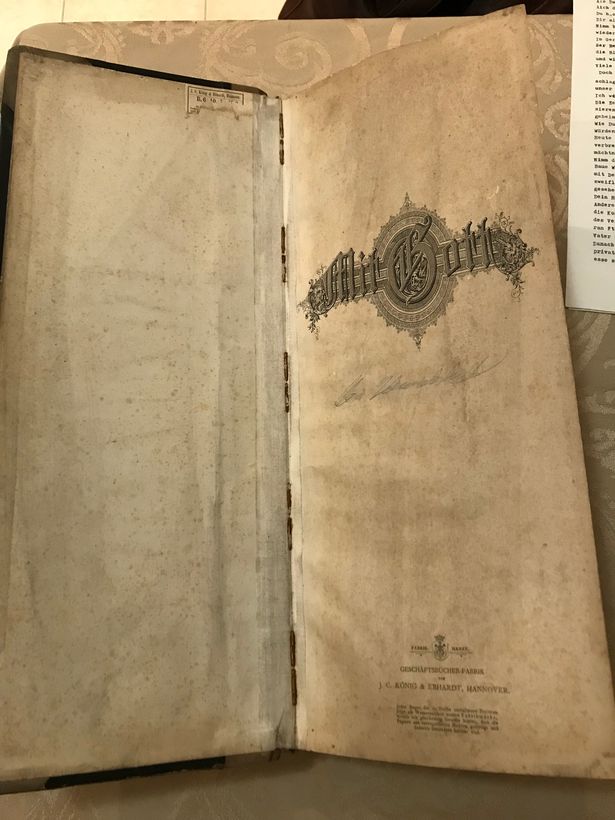 The diaries and documents have proved the key lead in the hunt for Hitler’s treasureCredit: Fot.Mariusz Przygoda/Silesian Bridge Foundation 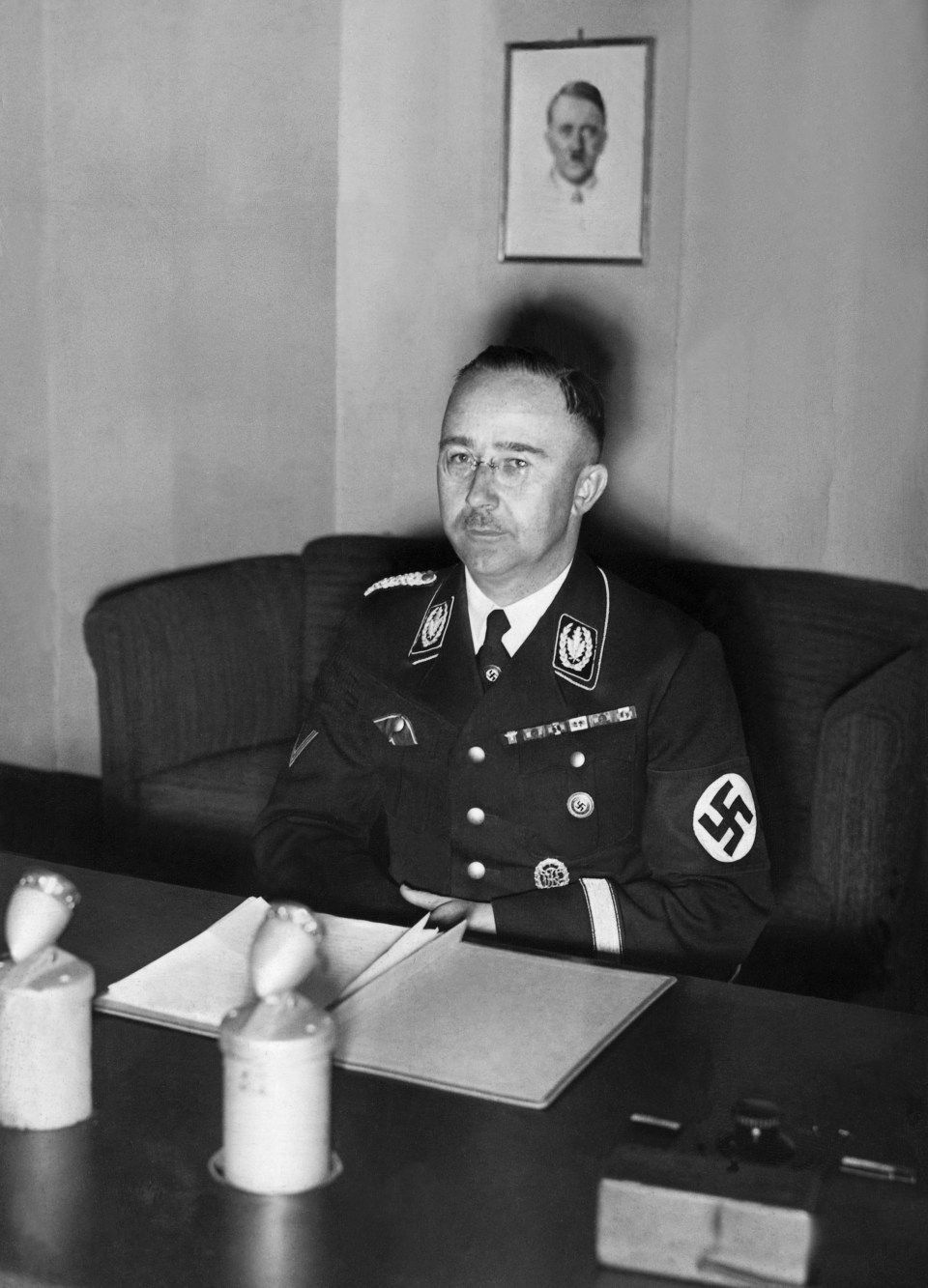 Chief of the Gestapo Heinrich Himmler ordered the seizure of the valuables towards the end of World War TwoCredit: Getty – Contributor 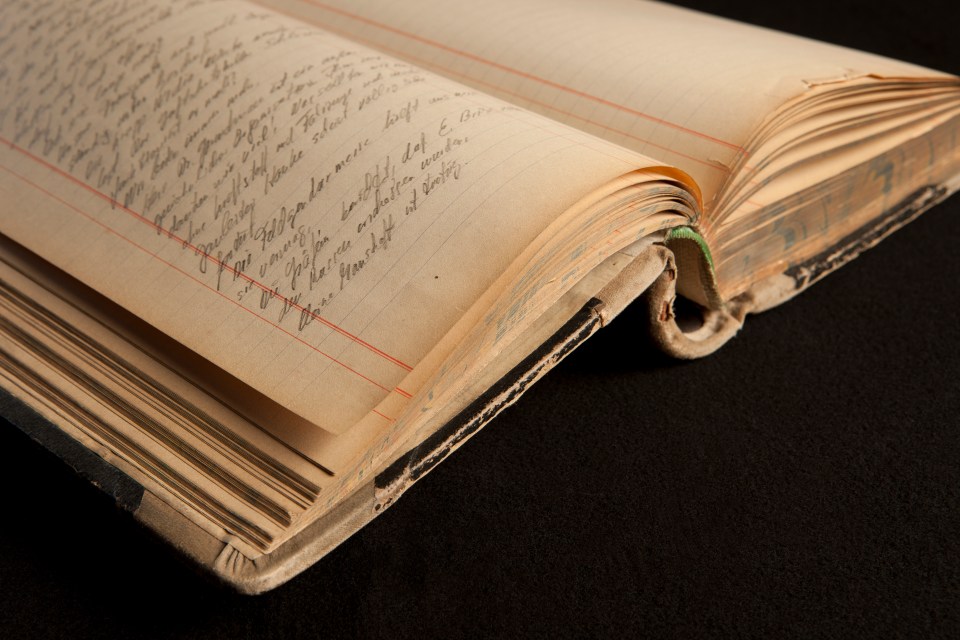 “Only you know where they are located. May God help you and help me, fulfil my assignment.”

It is a hint of what Hitler’s monstrous henchmen got up to in their free time and an indication of the masses of loot stolen by the Nazis.

“Several people took part in hiding the deposits in Minkowskie. One of them was an officer called von Stein,” Head of the Silesian Bridge foundation, Roman Furmaniak, told the MailOnline.

“He used to stay in the palace because he had a lover there. Due to its location it was often visited by high-ranking SS officers who treated it like a brothel.”

He convinced Inge to keep a watchful eye over the treasure, who happily obliged because “she was in love with the handsome officer in a black SS uniform”.

“They were like gods,” Furmaniak continued. “She believed that she would have to stay there for a year, maybe two, then it would all be over.

“There was a two-month period in 1945 when she had to hide in the forest from the Russians. But when she got back, the area had not been disturbed.

“If they had dug a hole, they would have taken what they wanted and then left the hole. We have seen this in history many times in Poland.” 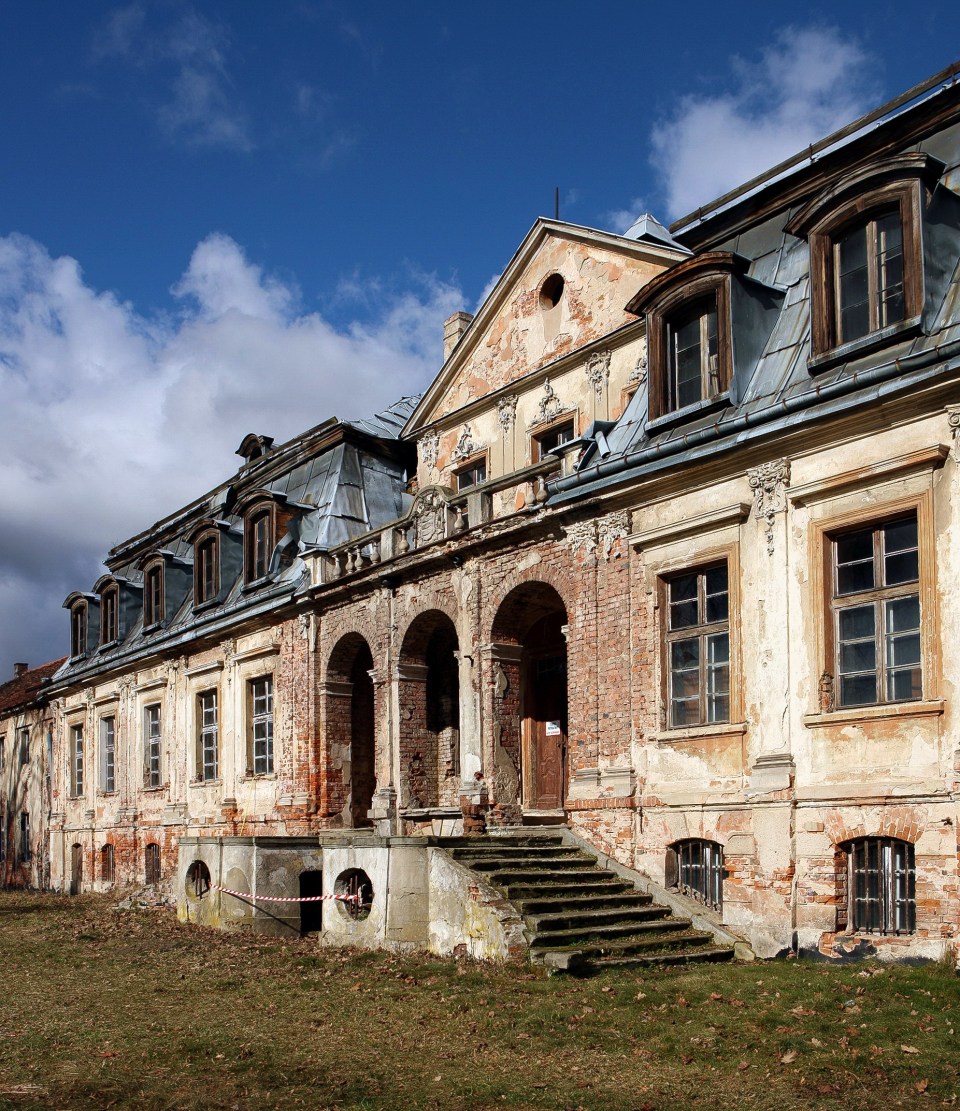 The pencil-written diary entries are believed to be written by a high-ranking SS officerCredit: Fot.Mariusz Przygoda/Silesian Bridge Foundation 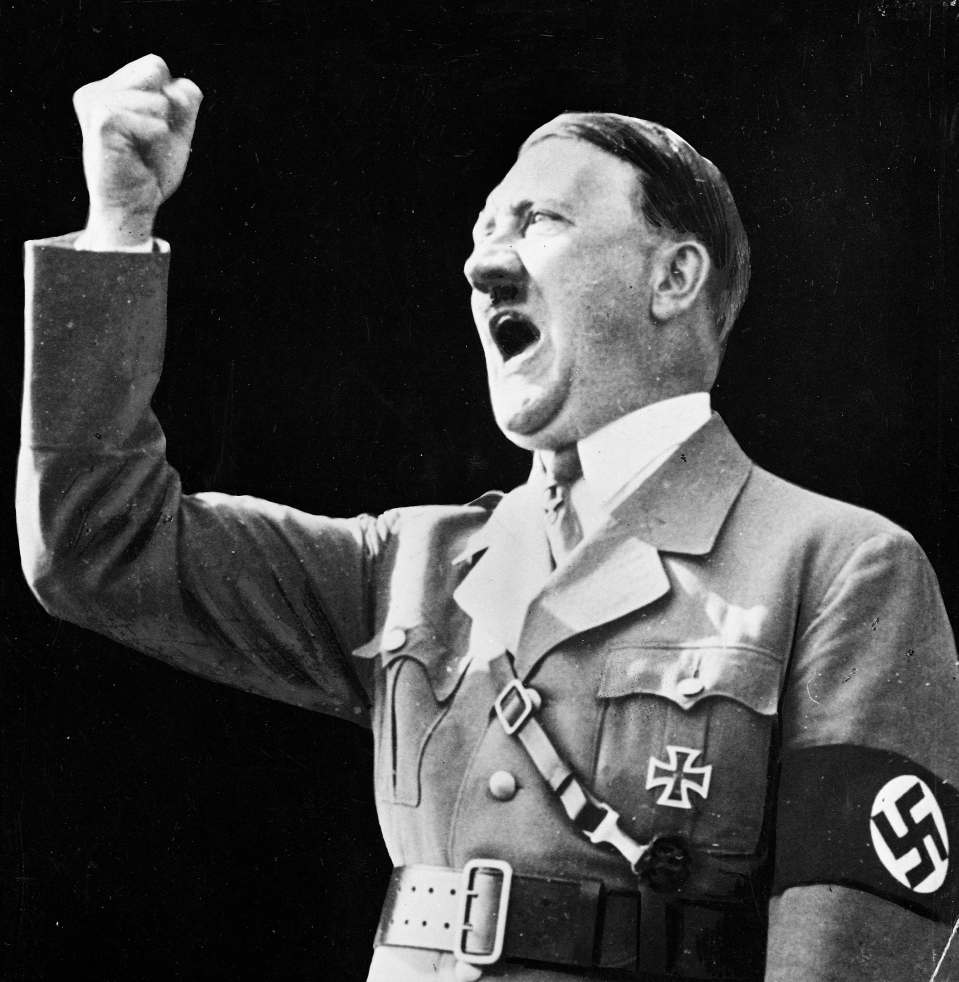 Around 600,000 pieces of artwork were stolen across Europe during Hitler’s ruleCredit: Getty – Contributor 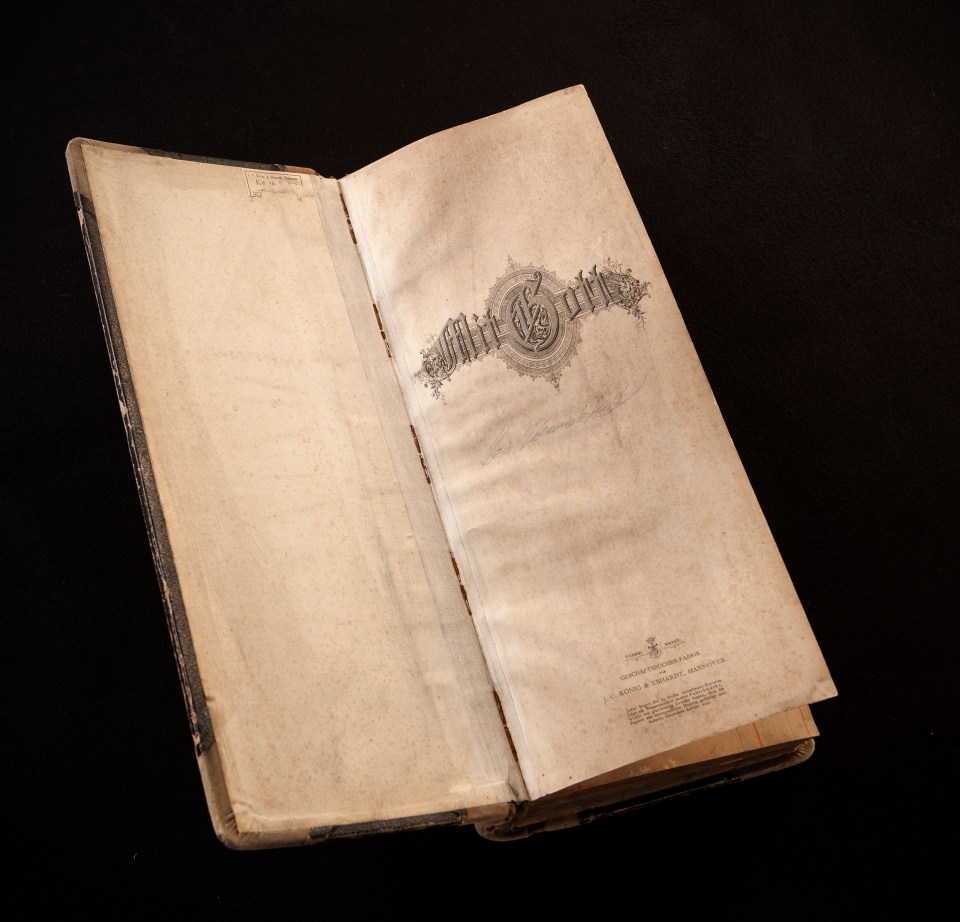 The non profit foundation want to use the diaries to help return the treasures to the rightful ownersCredit: Fot.Mariusz Przygoda/Silesian Bridge Foundation

The region eventually came under the control of the Russians at the end of the war, who ousted the German settlers amid the return of Poles who had taken refuge in Western Ukraine coming back.

Inge adapted her appearance and identity to conceal herself among the new population, even marrying a local man, while watching over the treasure until her death 60 years later.

The Minkowskie palace, built by Prussian general Friedrich Wilhelm von Seydlitz, was later a station for the Red Army and the Polish Army.

The historical building was later used as a local council office, a nursery and even a cinema, before the Silesian Bridge foundation took a long-term lease on the property.

“The recovery of lost works of art and their return to their rightful owners could become a catalyst for changes aimed to bring unity – not polarisation. This notion guides our mission,” Furmaniak said.

The fascist regime stole around 600,000 pieces of prized artwork from across Europe, amounting to billions of pounds.

Many pieces remain missing – including the infamous priceless collection of amber panels, known as the Amber Room and nicknamed the ‘Eighth Wonder of the World’.

Estimated to be worth somewhere between £120-£240 million in modern day currency, the Russian artifact was looted by the Nazis and put on display back in Germany – before disappearing towards the end of the war.

Regarded as one of the greatest mysteries of the war, some obsessive treasure hunters have lost their lives searching for the Amber Room – which remains undiscovered. 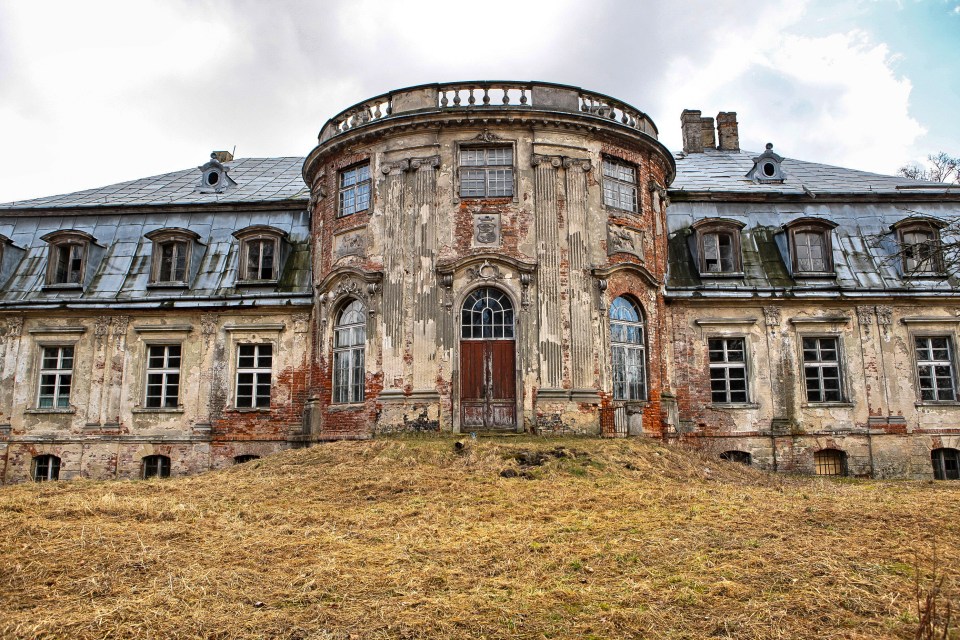 The elusive ‘Gold of Breslau’ is also believed to be hidden with the goldCredit: Fot.Mariusz Przygoda/Silesian Bridge Foundation 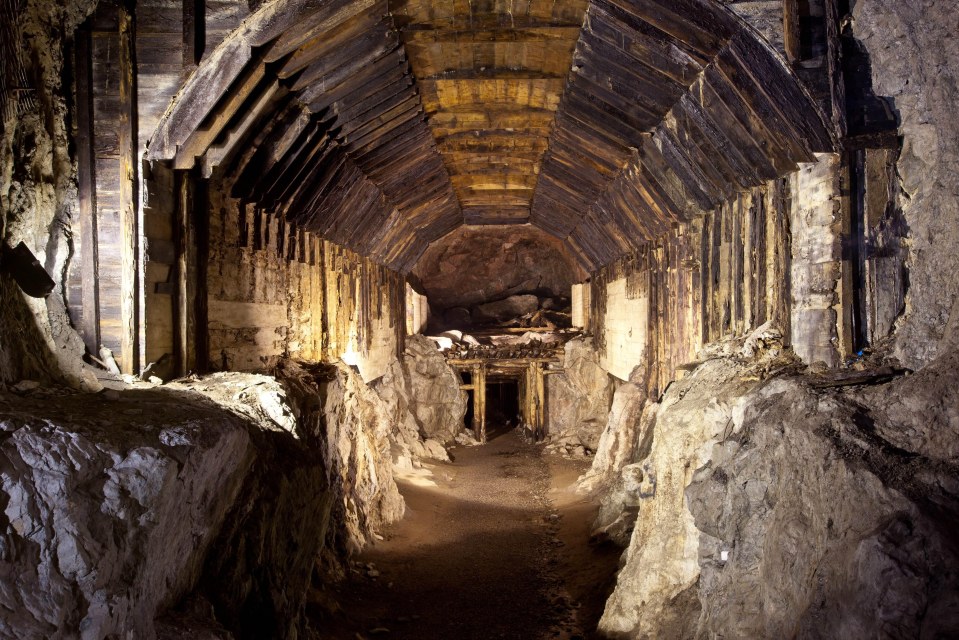 The Nazis were known for burying their valuables and secrets deep underground, and also used the subterranean systems (pictured) to travel throughCredit: AP:Associated Press

Source: by Olivia Burke | The Sun