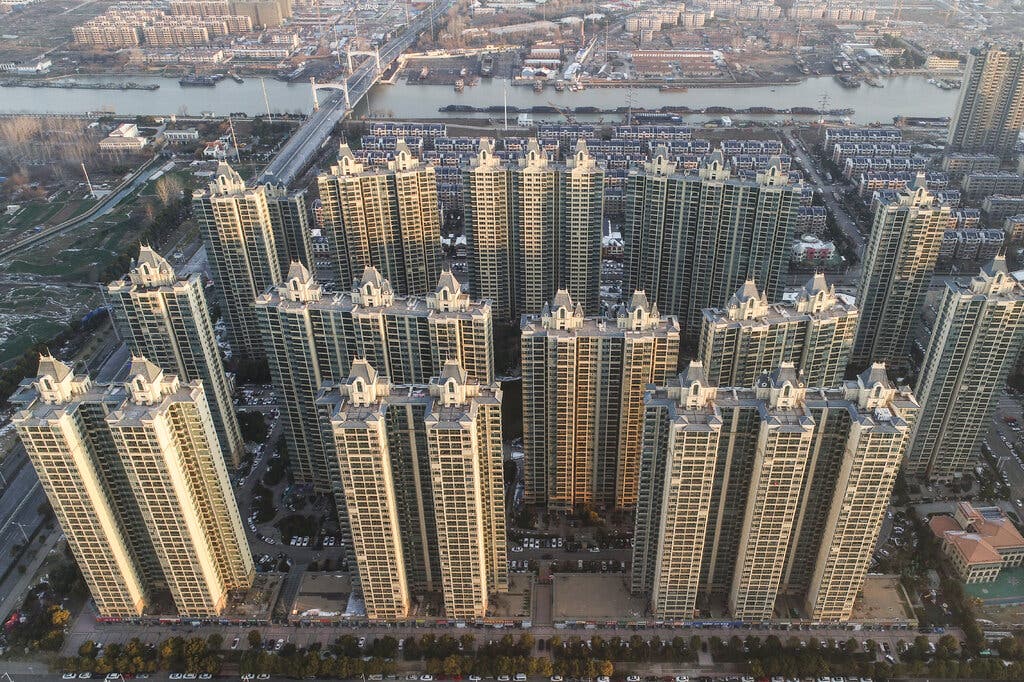 This past Tuesday I reported that Dr. Marco Metzler, former Fitch analyst and now of DMSA (Deutche Mrkt Screening Agentur GmbH) has announced that the past due interest payment on China Evergrande Group’s offshore international bonds that all of the western media reported as supposedly paid by Evergrande could not be confirmed. Today, he is stating that a second interest payment ($47.5 Million) allegedly made by Evergrande according to the western media last night has not been paid, once again contradicting mainstream media reports.

According the the GMBH News Release dated today (10/29/21)…’For the second time in a week, China Evergrande Group has apparently technically defaulted on interest payments to international investors.’… and in the opening paragraph goes on to say…’Should the Evergrande insolvency not only drag down China’s real estate sector, but the entire economy of the country, we will see even bankruptcies of major international banks – such as HSBC, fears DMSA senior analyst Dr. Marco Metzler.’…

…’ But there has been no official confirmation of any payment of that interest by the close of business at Hong Kong banks’…continued Metzler. Besides Encouraging Angels, the only other known doubts that concur with Metzler appear in a recent report in the Financial Times Metzler says in the press release. In that document, Dr. Metzler goes on to state that no one replied to their inquiries as to an actual confirmation of the payments to creditors by Evergrande.

Evergrande tried to raise capital through the sale of assets. The environment for asset sales is abysmal. The company tried to sell some of its assets to Hopson Development Holdings which fell through. According to reports, the deal would have been worth 20.04 billion Hong Kong dollars ($2.58 billion), according to filings.

This is, of course horrible news for a company who has over $300 billion of debt. How much good would $2.6 billion from the failed Hopson deal done for Evergrande anyway? $2.6 Billion is less than 1% of Evergrande’s indebtedness. A drop in the bucket. Evergrande is indeed, bankrupt no matter what the mainstream brokers of financial information ‘report’.

I have had friends basically say to me ‘If Evergrande defaults, so what? That doesn’t affect us’. In fact one friend sent me research from Janney dated 9/22/21 that stated: …’While the U.S. is not immune to disruptions in other parts of the world, we do not view the situation in China as a contagion risk that will derail the bull market.’…

What a difference 6 weeks can make. Dr. Metzler’s take on Evergrande is paradoxically opposed to the Janney position on the company as detailed in the press release from DMSA: …’Metzler considers it quite possible that Evergrande could drag China’s entire real estate sector down with it. This could have serious implications for major international banks such as HSBC. According to their figures for the third quarter of 2021, Hong Kong’s largest bank alone has extended loans totaling 19.6 billion U.S. dollars to Chinese real estate groups. Assuming a recovery rate of five percent in the event of an industry-wide wave of bankruptcies triggered by Evergrande, HSBC alone would have to write off around USD 18 billion.

If one also considers the limited possibilities of international banks to access assets in China (see above), there is much more at stake for HSBC: the default of the entire portfolio of Chinese corporate loans. And that, after all, is worth around $196 billion. “Such immense lending to Chinese companies, without a guaranteed possibility of accessing collateral in China itself in the event of bankruptcy, is irresponsible in my view,” says financial expert Metzler. With a return of five percent, HSBC would have to write off around 186 billion dollars in this case. That would correspond to almost the entire equity capital of the bank. And would probably lead immediately to its bankruptcy. This would make HSBC a victim of the Chinese financial virus, which would then spread rapidly throughout the international financial markets. “The Great Reset – the final meltdown of the current global financial system – has long since ceased to be a purely intellectual thought experiment,” concludes Dr. Metzler.

Since the rest of the financial media is not telling the truth about the interest paying ability of Evergrande, and actually reporting that the company has made payments when they have in fact not, I am inclined to buy the narrative of Dr. Metzler who has correctly analyzed the situation and told the truth.

“The Great Reset – the final meltdown of the current global financial system – has long since ceased to be a purely intellectual thought experiment,” concludes Dr. Metzler. Indeed. ‘Concluding’ the financial system is just what Evergrande is apparently in the gestational stages of.

Why should this matter to you? The ability of the American people to discern the truth of this situation and to act upon it in time to protect themselves and survive the coming financial reset is paramount. Obtaining sufficient amounts of food, water (& a way to purify), shelter, energy, security and if you have the resources -physical- precious metals will be the stuff that matters on the other side of the reestablishment of a new financial system. This is not financial advice-consult your financial advisor.

The most important thing is a right relationship with God almighty through His Son, Jesus Christ because without Him you are lost now and forever. You get to know God through His Word. …’In the beginning was the Word, and the Word was with God, and the Word was God. He was with God in the beginning. Through him all things were made; without him nothing was made that has been made. (John 1:1-3 NIV) Get to know Him now before it’s too late.

If you appreciate this article perhaps you might consider a gift to Encouraging Angels for the intelligence we provided today.

Venezuelans turn to gold nuggets as their local currency implodes