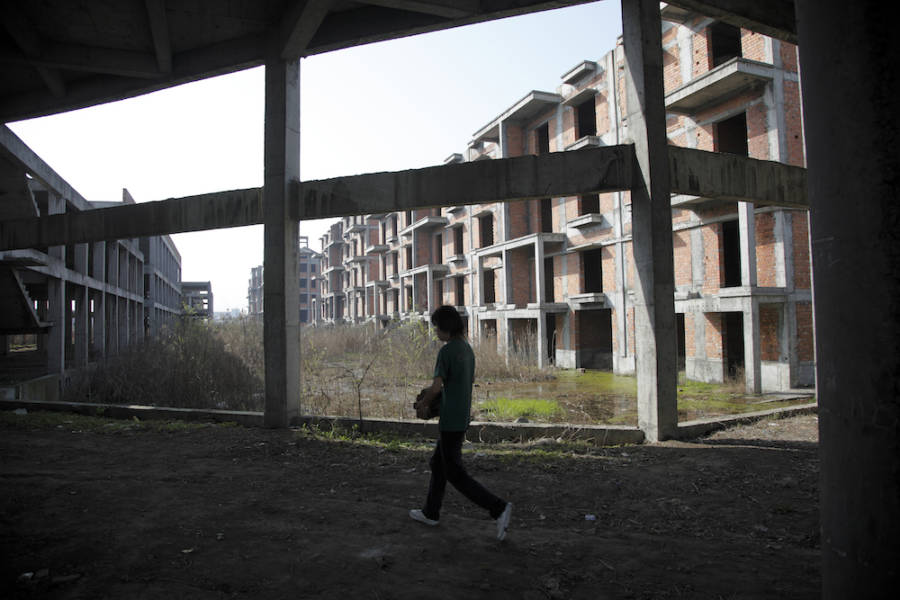 (John Rubino) The world recovered remarkably well from its 2008-2009 near-death experience, thanks largely to China’s decision to borrow an ungodly amount of money and spend it on the mother of all infrastructure builds. This pulled most developed countries out of a hole that they might, on their own, have been unable to escape.

Now the same group of idiots has dug an even deeper hole, leveraging pretty much everything to buy one last decade of false prosperity. The inevitable bust approaches, bigger and nastier than any in living memory. But this time there’s no Chinese economic miracle coming to the rescue, because China is arguably in worse shape than the US and Europe.

On the following chart of private sector credit growth, note the two dark lines. The lower one is the US, which conned its businesses and consumers into borrowing a fair bit of money post-Great Recession. But that rate of increase pales next to China’s, which is literally off the chart. Granted, the US and China started the century in different places, with the US already the world’s biggest debtor nation and China just getting started. Big percentage gains are easier to generate when you start with a very small base. Still, China’s private sector is now by any measure completely tapped out. So the possibility of China borrowing tens of trillions more to save the world from a debt-driven collapse is pretty much zero.

If not China, who steps up this time? You can bet the world’s central banks will try, but with inflation already above 5% in a lot of places – including Germany(!)  – it’s likely that another round of QE and NIRP will just make things worse.

China, meanwhile, might end up being the pin that pops this cycle’s bubble. Its property developers have ridden a liquidity wave that ended with 70% of household assets being exposed to real estate. With some major developers now defaulting on their myriad debts, the result is looking like the sub-prime mortgage bust on steroids. Just this morning:

The fate of Evergrande, which has more than $300 billion in liabilities, and other indebted Chinese property companies has gripped financial markets in recent months amid fears of knock-on effects around the world, although Beijing has repeatedly sought to reassure investors.

“The defaults of Evergrande and Kaisa move us to the second step of this China Property downturn, with systemic risk being gradually replaced by idiosyncratic risk,” said Robin Usson, credit analyst at Federated Hermes.

The realization that this time there are no adults left in the room will change market psychology in ways not seen since the 1970s.