A massive homeless encampment in downtown Phoenix, Arizona, known as the “Zone,” raises eyebrows as the shelter’s population swells to more than 900 people. 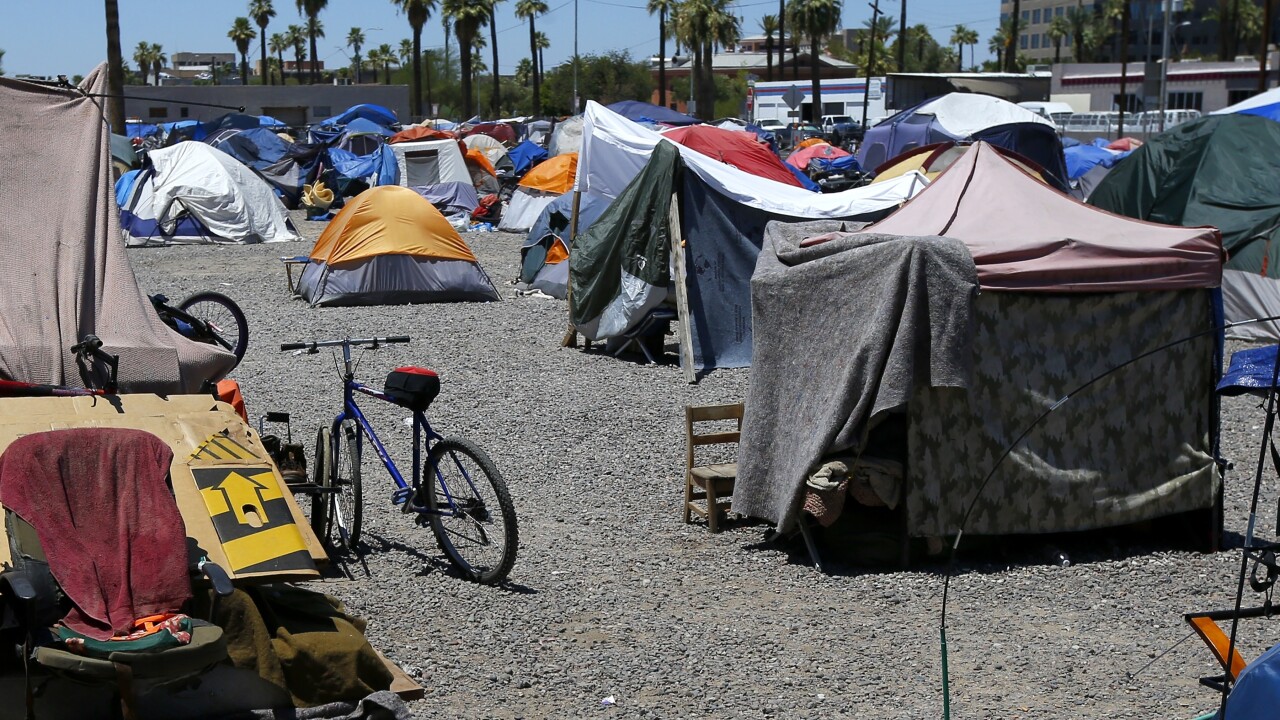 The Zone is located on 9th Avenue, Jackson Street, 13th Avenue, and Jefferson Street in Phoenix, down the street from the Arizona State Capitol complex.

Vice News points out, “the camp more than doubling in size over two years may be a testament to how bad Phoenix’s housing crisis has become.”

“People say, ‘Are you surprised?’ And I say, ‘No, not really, because all of the housing forces in Phoenix and Maricopa County have been working against us for years,'” said Human Services Campus Executive Director Amy Schwabenlender, who works in the Zone.

“We’ve had ongoing population increases in Phoenix and Maricopa County. We haven’t had housing production at all income levels keep up and meet that increase in population,” Schwabenlender said.

According to Schwabenlender, the tent city had a population of 200 people last summer. By the end of 2021, the population climbed to 500, then 700, and in the last three weeks, the number jumped to 900 unsheltered people. The rapid increase coincides with a massive boom in Arizona’s residential real estate market, where rents and housing prices skyrocketed during the virus pandemic, thanks to rock bottom interest rates and low inventory.

Home prices in the metro area have soared above 2008 levels.

“With rising rents and lack of affordable housing—which was a crisis a few years ago and still is—we’re going to continue to see rises in homelessness,” the shelter’s CEO Lisa Glow said.

It’s not clear how everyone living at the downtown Phoenix encampment got there. But data is expected to show a rise in first-time homelessness in Maricopa County over the pandemic, according to Glow. More people becoming homeless for the first time could be indicative of greater housing affordability issues in the county, rather than showing that the same people are cycling in and out of shelters and camps. – Vice

The growing number of unsheltered people in the Zone’ Bidenville’ is the second-largest encampment in the US. The first is Skid Row in the Downtown liberal paradise of Los Angeles, with an approximate stable population of around 4,200 to 8,000. Some people in skid row live like kings (read: here).