(Greg Jaffe) WOODBRIDGE, Va. — Until last summer, Khalid Payenda was Afghanistan’s finance minister, overseeing a $6 billion budget — the lifeblood of a government fighting for its survival in a war that had long been at the center of U.S. foreign policy. 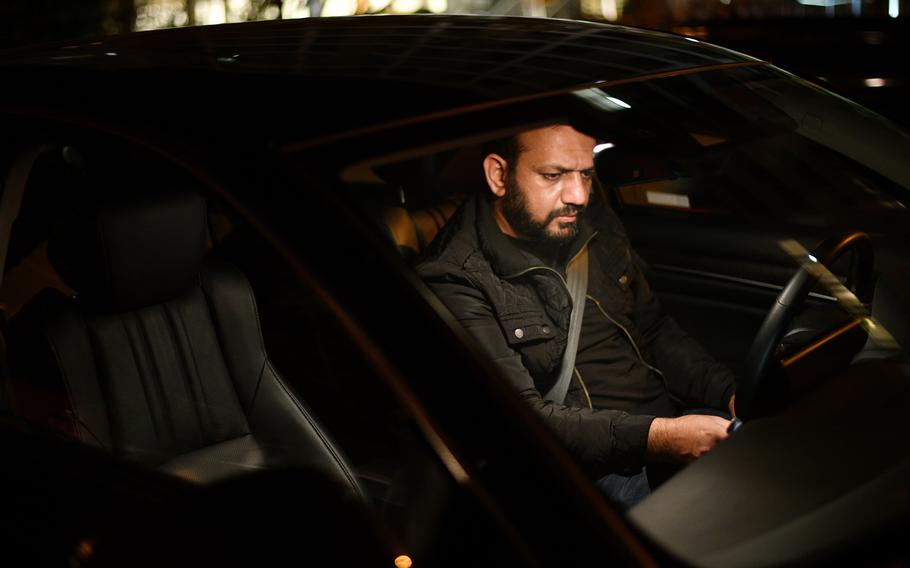 Now, seven months after Kabul had fallen to the Taliban, he was at the wheel of his Honda Accord, headed north on I-95 from his home in Woodbridge, Va., toward Washington, D.C. Payenda swiped at his phone and opened the Uber app, which offered his “quest” for the weekend. For now his success was measured in hundreds of dollars rather than billions.

“If I complete 50 trips in the next two days, I receive a $95 bonus,” he said as he navigated the light Friday-night traffic.

The job was his way of supporting his wife and four children after he burned through his family’s savings from Afghanistan. “I feel incredibly grateful for it,” said the 40-year-old. “It means I don’t have to be desperate.” It was also a temporary reprieve from obsessing over the ongoing tragedy in his country, which was suffering through a catastrophic drought, a pandemic, international sanctions, a collapsed economy, a famine and the resurgence of Taliban rule.

Senior U.S. officials have largely moved on from the Afghanistan war, which began 20 years earlier with high-minded promises of democracy, human rights and women’s rights and ended with an American president blaming Afghans, such as a Payenda, for the mess left behind.

“So what’s happened? Afghanistan political leaders gave up and fled the country,” President Joe Biden said as desperate Afghans rushed to the airport the day after Kabul fell, adding: “We gave them every tool they could need. . . . We gave them every chance to determine their own future. What we could not provide them was the will to fight for that future.”

The question of what happened and who was at fault haunted Payenda. He blamed his fellow Afghans. “We didn’t have the collective will to reform, to be serious,” he said. He blamed the Americans for handing the country to the Taliban and betraying the enduring values that supposedly had animated their fight. He blamed himself.

“It eats at you inside,” he said. He felt trapped between his old life and dreams for Afghanistan and a new life in the United States that he had never really wanted. “Right now, I don’t have any place,” he said. “I don’t belong here, and I don’t belong there. It’s a very empty feeling.”

He crossed the Potomac River into D.C. On his right, monuments to America’s democracy and its Founding Fathers shone against the night sky. His Honda rolled to a stop in front of the Kennedy Center, where two George Washington University students were waiting for him.

They settled into the back seat of his sedan and began talking about their day — the sudden drop in temperature, their plans for dinner, a mishap earlier that morning on the Metro train. “I dropped my phone and it slid down the entire car,” one of the women was saying. “It was the worst moment of my entire life.”

After a few minutes’ drive, Payenda dropped the women at their apartment and quickly checked his phone.

Source: by Greg Jaffe | The Washington Post, featured in The Stars And Stripes

100+ nations have global agreement now being deployed called ‘Project Sandman’ to drop and end dominance of U.S. dollar and petrodollar