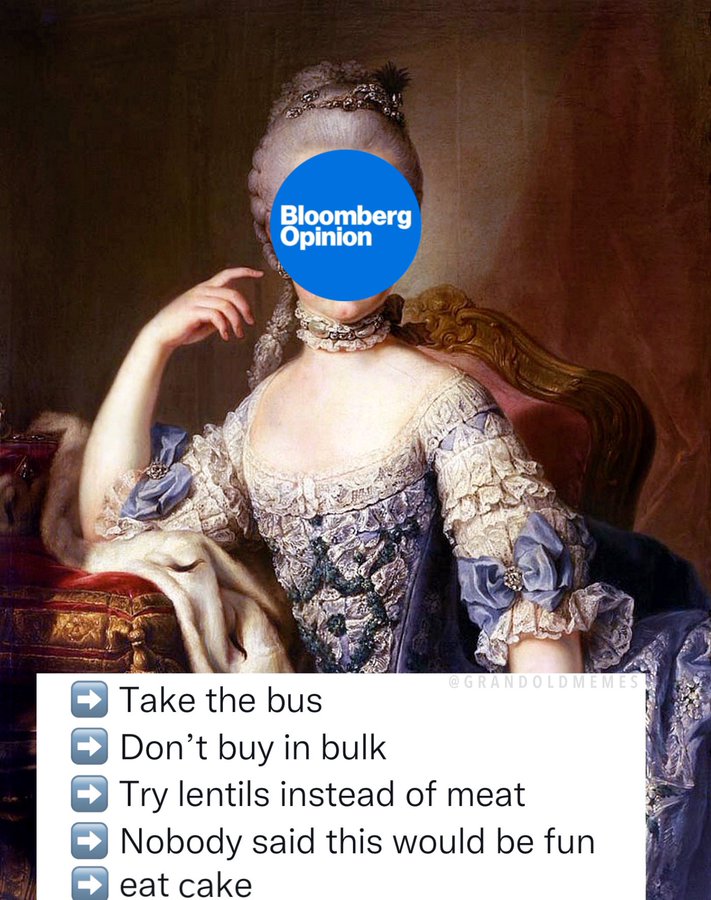 (Teresa Ghilarducci) If your income is more than $289,000 a year, the run-up in gas prices may be alarming — but it’s unlikely to hammer your overall finances. After all, Americans at that level spend no more than 1% of their take-home pay on gas and oil, according to the Bureau of Labor Statistics.

For those earning much less, it’s a different story. Those at the median, with income of about $50,000, spend more than 3% of it on gas and motor oil. Low-income households making between $7,000 and $19,000 spend about 9%. The latest inflation numbers show gas prices jumped 6.6% in February from a month earlier — even before President Joe Biden banned U.S. imports of Russian oil.

Economists say the overall share of income spent on gas is lower than it used to be, and despite the increases, prices are still relatively low by historical standards. That’s true, but it offers little consolation these days for someone on the lower end of the income distribution who drives to work.

Food prices are also up, posting their biggest monthly increase since April 2020. There, too, those making less than $19,000 spend much more of their income — almost 15% — compared with higher earners, whose total food spending is just 4% of their income. Households with income of about $50,000 spend 8.5% of it on food.

The most recent barometer of consumer sentiment showed the highest-ever share of Americans expecting their finances to worsen in the coming year. About 54% think their incomes will lag behind inflation in the year ahead — a pretty high percentage historically.

I expect those most affected will adjust to inflation in the classic way by shifting away from relatively expensive items toward close substitutes. Here are some ideas on how to reconfigure consumption and lessen the blow. But again, adjustment is hard for people without savings or choices.

First, you have to know your budget to control your budget. Budgeting takes effort, but it gives you power. And that power is even more important in inflationary times.

To deal with gas prices, it’s worth reconsidering public transportation if it’s an option where you live. Fares are up about 8% compared with 38% for gasoline. Now may even be the time to sell your car. It certainly isn’t the time to buy a new or used one. Prices have stabilized a bit, but used-car prices are still up more than 40% from a year ago, and new ones are up 12%.

When it comes to food, don’t be afraid to explore. Prices for animal-based food products will certainly increase. Ukraine and Russia supply a significant amount of corn and barley to the world market, mainly to feed livestock for human food. Meat prices have increased about 14% from February 2021 and will go up even more. Though your palate may not be used to it, tasty meat substitutes include vegetables (where prices are up a little over 4%, or lentils and beans, which are up about 9%). Plan to cut out the middle creature and consume plants directly. It’s a more efficient, healthier and cheaper way to get calories.

And stay away from buying in bulk — you usually don’t save any money by buying more. Sure, there may be great deals, but most consumers wind up falling for the tricks that entice them to spend more — things like offering free samples, which often leads to impulse buying, or placing discounted big-ticket items near the entrance. If you absolutely must buy in bulk, try to do it with a friend, so you can split some of the costs and ensure everything gets eaten or used.

Aside from being more thoughtful about purchases, it’s also prudent to think about unnecessary charges. So review your credit card to make sure there aren’t any unwanted recurring ones.

If you’re one of the many Americans who became a new pet owner during the pandemic, you might want to rethink those costly pet medical needs. It may sound harsh, but researchers actually don’t recommend pet chemotherapy — which can cost up to $10,000 — for ethical reasons.

Coping with inflation could mean drastic actions or small ones. There are lots of ways people can duck and dance around relative price changes. The Bureau of Labor Statistics found people in recessions hold off on buying cars, furniture and appliances. Though they don’t cut back on travel, they do cut back on restaurants.

Try to be as flexible and creative as possible. Scientists tell us our brain plasticity will improve by trying novel things. There’s an advantage to mixing up what you consume to cope with unusual price spikes: You become more resilient as you create a locus of control and interrogate your habits.

The Dominance Of The U.S. Dollar Is Fading Right Before Our Eyes

Five Critical Factors Why Prices Will Stay High For Years

The Evolution Of Credit & The Growing Fiat Money Crisis

3 thoughts on “Inflation Stings Most If You Earn Less Than $300K. Here’s How to Deal.”