(NM Gordon) How you answer these questions likely influences your perception of inflation and the economy.

We believe big, earth-shattering changes are under foot in the credit market.  A seemingly firm foundation may soon give way like liquified soil following an earthquake.

Many investment gurus in the early 1980s were predicting the future while projecting the past.  After a decade of raging price inflation, the popular dogma was to pack one’s portfolio with gold coins, fine art, and antiques.  This was the proven, surefire way to preserve one’s hard earned wealth.

The United States, it seemed, was about to go full Weimar.  Howard Ruff, in his investment newsletter The Ruff Times,  was predicting the dollar would soon turn to hyperinflationary ash, like conifer trees in a California wildfire.  It was inevitable.  And imminent!

But then something unexpected happened.  Ultra-high interest rates courtesy of Fed Chair Paul Volcker brought on a recession.  An inflection point was hit.  Consumer price inflation stabilized.  And a new trend of asset price inflation – including house price inflation – was born…though it wasn’t immediately clear what was going on.

To be fair, there were a few outcasts in the late 1970s who foresaw what was coming.  A. Gary Shilling was one of them.

Rather than the consensus view that inflation would persist forever, Shilling suspected the U.S. was entering a long-term era of lower and lower interest rates and low consumer price inflation.  Under this backdrop, traditional inflation hedges would be highly disastrous…

…and debt based financial assets would be highly prosperous.

Shilling, having a deep conviction and wanting to warn investors, wrote a book about his important insight.  The book was first published in the early 1980s, and its title asked two significant questions: Is Inflation Ending?  Are You Ready?

The book’s sales were an utter flop.  No one, save a handful of shrewd individuals, could actually fathom that consumer price inflation was dissipating.  But the book’s forecast was right on the money.

What’s more, Shilling also put his money behind his convictions.  By the mid-1980s he achieved financial independence through aggressive investment in the long bond.

Shilling’s astute call and capital deployment into the long-term decline in interest rates starting in the early 1980s is remarkable.  But what’s also remarkable is Shilling’s ability to successfully ride out this trend long after other big investors bailed out.

Bill Gross, the bond king, was also one of the early savants to recognize and exploit this trend.  Employing the total return bond strategy that he pioneered, Gross built PIMCO into a $1.7 trillion money manager and amassed his own personal fortune.  But in the decade that followed the Great Financial Crisis of 2008-09, Gross lost his magic touch.

Between a bitter public confrontation with colleague Mohamed El-Erain and emitting numerous cans of fart spray in his ex-wife’s Laguna Beach home (and formerly his beloved home), Gross heavily bet against the price of U.S. government debt.  He expected interest rates to rise.

But with all the Fed’s experimental QE purchases, interest rates didn’t rise.  They fell.  This mistake marked the beginning of the end of Gross’ otherwise notable career, which officially ended in February 2019.

After that, Gross took to blasting a continuous loop of the Gilligan’s Island theme song to infuriate his posh Laguna Beach neighbors.  Then, as part of a jail time diversion program, he found cutting carrots and onions at a local shelter to be “instructive”.  He also recently made somewhere between $15 and $20 million using options to bet against meme stocks, GameStop and AMC.

Welcome to the Death Zone

Last week, the 77 year old Gross took pause from his “wait for the prostate cancer” and emerged from what he calls “the death zone” to offer words of warning on Fed Chair Jay Powell’s newly commenced interest rate hiking cycle.  Here’s Gross:

“I suspect you can’t get above 2.5 to 3 percent before you crack the economy again.  We’ve just gotten used to lower and lower rates and anything much higher will break the housing market.”

Of course, breaking the housing market is precisely what needs to happen.  In the City of Los Angeles, where approximately 41,000 zombies (officially) thrash about, it now costs $837,000 to build a single housing unit for one homeless person.

Certainly, there’s plenty of grift built into LA’s homeless industrial complex, which merely exercises the malady to keep the money flowing.  And local and state development policies are utterly destructive.  But these sky high prices are also emblematic of house price inflation that’s totally out of control.

Remember, houses, more than any other financial asset, separate the haves from the have nots.  There are owners.  And there are renters.

Owners welcome house price inflation.  It makes them feel both richer and smarter, as the price of their house balloons out.  It also guarantees they’re holding a winning lottery ticket, which can be cashed in several times per decade.

It doesn’t matter if a home owner’s income has stagnated.  Not when they can refinance and pull out equity every few years at lower and lower interest rates while maintaining a similar monthly mortgage payment.

Renters, however, are like outsiders looking in.  Many have higher incomes than their home owning neighbors.  Yet since the price of houses have inflated 533 percent over the last 39 years, they’re continuously priced out of the market.

To add insult, renters suffer continuously rising monthly rents while home owners have a locked in mortgage payment.  Median rents in Miami, for example, are increasing at an annual rate of 55.3 percent.  Quite frankly, that’s insane.

In many cities along the coasts, renters pay thousands of dollars more per month for a rundown 2 bedroom apartment than owners of a 4 bedroom house who happened to get in the game in the mid-1990s.  The intergenerational inequality this creates pits Millennials against Boomers.

Indeed, financialization of the housing market over the last 39 years has created a mammoth mess.  But with the return of consumer price inflation, we’ve finally hit another inflection point… 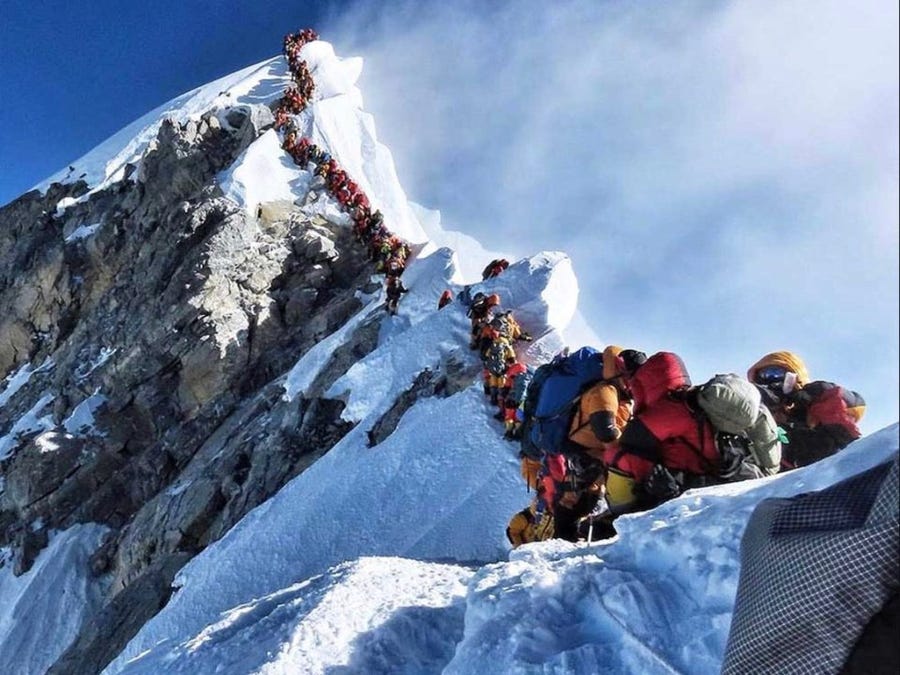 The U.S. economy has entered the death zone…where higher and higher interest rates will be needed for years to come to counter raging consumer price inflation.  The credit market reversal has only just begun.

Conversely, debt driven financial assets like bonds and houses will deflate.  And home equity will be ravaged in kind.

Still, it’s not all bad.  According to Gross, being in the death zone “allows you to be more happy in the moment.”

Unbeknown To Most, A Financial Revolution Is Coming That Threatens To Change Everything (And Not For The Better)

Who Are The Russian Oligarchs

Visualizing The Link Between Soaring Food Prices And Political Instability