Blackstone is giving up on one of its Midtown Manhattan office buildings, the latest sign yet that distress is beginning to hit the office sector. 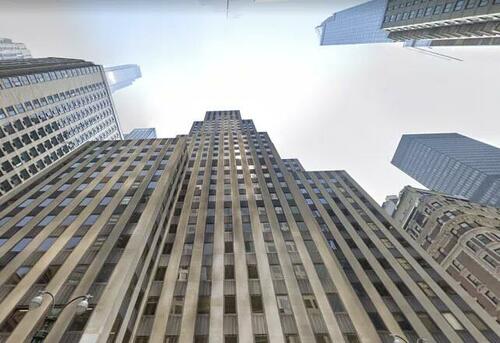 The world’s largest owner of commercial real estate, Blackstone has turned over the keys of 1740 Broadway, a 26-story office tower a block from Carnegie Hall, to the special servicer on its $308M commercial mortgage-backed security, Commercial Observer reports.

Deutsche Bank originated the loan in 2015 as part of a single-asset, single-borrower CMBS deal and enlisted special servicer Green Loan Services to manage the financing deal. Blackstone has extensive Manhattan holdings, and the decision to hand the keys to Green Loan Service is “a one-off occurrence,” a source close to the deal told CO.

“This asset faces a unique set of challenges, and we are working diligently to find a solution that is in the best interests of all parties involved, including our investors and lender,” a Blackstone spokesperson said of the building.

“The vast majority of our office portfolio comprises differentiated office properties, such as life science office and office properties benefitting from content creation tailwinds, and we are confident those properties will continue to outperform. We continue to be big believers in New York and cities like it that are hubs for innovation and talent.”

Blackstone’s decision to cut its losses at 1740 Broadway echoes recent moves in Chicago, another office market suffering from macroeconomic shifts. Last week, two towers each spanning over 1M SF were on track to find themselves in the hand of lenders, according to CMBS tracking firm Trepp.

Trepp reported that the Brookfield Asset Management-owned, 1.4M SF 175 West Jackson Blvd. was taken over by its lender last Monday, then the next day reported that the special servicer on a $100M loan for the 1.3M SF 135 South LaSalle St. tower expected the borrower to hand in the deed in lieu of a foreclosure action.

The future of the office market across the country is in a state of flux, with many employees electing to keep working from home at least of some of the time. In New York, Manhattan’s office availability rate hit 17.4% last month, a new record, according to Colliers. Since the pandemic began in March 2020, overall availability has increased by 74.1% and now sits at nearly 94M SF.

Many of those troubles will be most visible in the CMBS market; borrowers like Blackstone at 1740 Broadway took out large, single-asset deals, and the realities of the office market have cast doubt on many owners’ ability to meet their obligations without putting significantly more cash into their properties.

“The problems going forward are going to come from primarily markets that have sizable amounts of dated properties that are not particularly desirable to big drivers of demand these days,” Trepp Senior Managing Director Manus Clancy told Bisnow in January. “You’ll see episodes in New York, Chicago and other places where big buildings that back loans with nine-figure balances become distressed.”

Why Did Hunter Biden Have DOD
Encryption Keys On His Laptop?

A Remarkable Survey Of Mass Mind Control Being
Used On The Masses – Heart Attacks, Strokes And
The Evil, Lying, Fraud Of The ClotShot Media – Video

Foreign Materials Found In The Blood Of Vaxed