Demand for American Gold Eagles exploded in May according to the latest data from the US Mint. 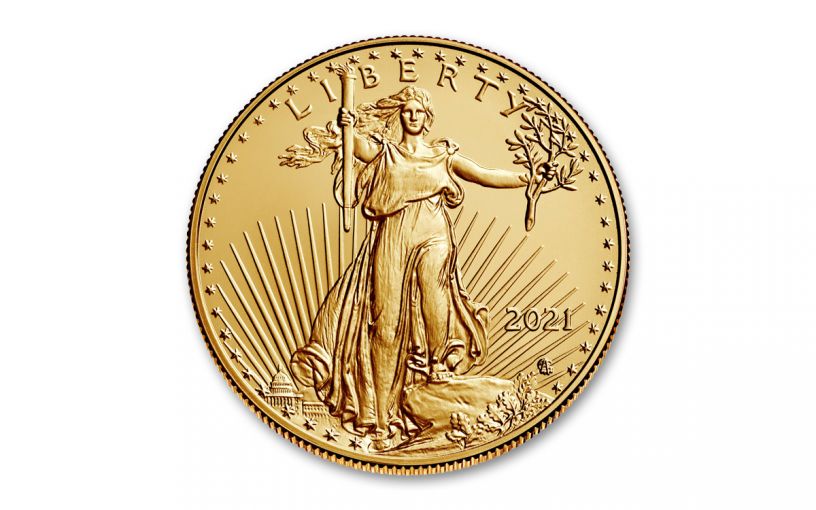 The mint sold 147,000 ounces of American Gold Eagles in varying denominations totaling 200,500 coins. That was a 67% increase from March.

A market strategist told Kitco News that the surge in demand for physical metal reflects growing investor anxiety bubbling under the surface.

Bullion sales better reflect the anxiety investors are feeling right now. When you hear economists talk about a recession, it starts to make sense why bullion sales are so strong. Gold will always be a long-term store of value.”

I don’t think it’s going to be a mild recession. I think this recession is going to be worse than the Great Recession that started following the 2008 financial crisis.”

The mainstream doesn’t seem to have picked up on this yes, but the demand for physical gold may indicate at least some people are beginning to worry.

Institutional investors focus more on the futures market. As Peter noted in a recent video on gold’s recent performance, the mainstream still thinks the Fed is going to successfully fight inflation by raising interest rates and believes the central bank has the tools to get inflation back to 2%.

Peter said faith in the Fed is misplaced, and he emphasized that the Fed is only pretending it’s going to fight inflation.

Because it’s also pretending the economy is strong enough to withstand the fight. It’s not. Even though the fight is inadequate to solve the inflation problem, it’s going to cause a big problem for the economy that is so levered up on debt.”

A senior commodities broker with RJO Futures told Kitco News that he doesn’t think interest rates can go too much higher because of the government’s massive twin deficits – budget and trade.

Gold futures are capped by rising interest rates, but people have been going out to buy the physical metal to have some ‘real money’ stashed away.”

The Economy and Markets

6/02  It turns out they really thought they had a crystal ball – GoldSeek
6/02  It’s possible to recover gold from waste with ~100% efficiency – Mining.com
6/02  Gold prices climb as U.S. dollar slides – Reuters
6/02  Gold and silver log second monthly losses – Coinnews
6/02  Gold advances as investors sort out the new economic mix – USAgold
6/02  Video: oil analysis & how it will impact gold miners – Daily Gold
6/01  Gold and silver are getting ready to test lows – Kitco
6/01  Russia’s central bank: Expect more demand for gold – Kitco
6/01  Gold is headed for the longest run of gains in more than a month – GoldSeek
6/01  Jim Rogers again predicts “Worst bear market in my lifetime” – GoldSeek
6/01  Gold hits 2-week low amid rising U.S. yields, dollar – Reuters
6/01  Everything is collapsing at once – Here’s what to do about it – Moneyweek
6/01  Gold drifts marginally lower as the Fed shifts to QT – USAgold

FED-up & Underfed: Inflation from Too Much Money & Too Few Goods

6/02  Are you upset about inflation? If so, you aren’t alone. – Snyder
6/02  A radical plan to halt the oil price rally – Oil Price
6/02  Diesel price increases could start domino effect on shortages – YouTube
6/02  ‘I am surprised’: Airline ticket prices reach jarring levels – Yahoo!
6/01  Looming inflation on food to hit Americans even harder this fall – Zero Hedge
6/01  JPM: Oil rising to $136 this month, but one trader bets millions on $200 – ZH
6/01  Oil prices continue to climb as supply uncertainties mount – Oil Price
6/01  Where are oil prices headed? – Oil Price
6/01  25% of americans are delaying retirement due to inflation – CNBC
6/01  Biden plots inflation fight with Fed chair as nation worries – AP
6/01  U.S. policymakers misjudged inflation threat until it was too late – MSN

Covid Craziness and Now a Pox Upon Us

Self-Reliance, Health and Prepping for Survival

The Art of Collapse

6/02  Huge rockslide crashes into drought-stricken Lake Powell due to lowering – ZH
6/02  Creepy optical illusion: A black hole is coming to get you – Science Alert
6/02  US frontier supercomputer named fastest in the world – Nextgov
6/01  The man who built his own cathedral – Guardian
6/01  Scientists brace for first glimpse of hell-world that constantly burns – Arca
6/01  Cow moose charges grizzly bear after it kills her calf – MSN