(Michael Oliver) We are now facing a government bond “illiquidity” crisis that threatens the entire system. 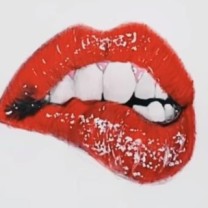 MSA (Momentum Structural Analysis) declared a major top in the U.S. stock market at the January close for the NASDAQ 100 (35% above today’s, 10/14/2022 “rally” close) and the February close for the S&P 500 (19% above today’s close). We said it was the top of a massive never-before-seen stock market bubble, and that its unwinding would be worse for investors and average folks (and also central banks) than any prior U.S. bull market peak and subsequent bear trend. We do not alter that assessment.

Public focus has been on the Fed and its supposed “Gonna stick with it!” QT policy. MSA has always suspected and said that ultimately that game would fall apart and that the government bank would be faced with events and trends that would force it back to its primary role—of supporting ever-expanding government debt and other paper assets that the Fed deems important (municipal bonds, high-yield corporate debt, etc.). We thought any reversal process by the Fed would hinge upon data points demonstrating to them that they had in fact broken too many key assets via their policy, hence the need to shift back. That process would take months to reveal as those various data points popped up— points that are much lagged to any underlying reality…

During this major decline we were also fully aware of the government bond market bear trend, and had projected that the lows seen today would likely be the next target lows for those instruments. (For example: TLT is the 20 yr.+ duration U.S. Government Bond ETF, and for it we’d previously projected a working next target from 98 to 95. Well, today it dropped to 98.34. Close enough!) What we didn’t anticipate is that this global major economies’ bond collapse would also inflict much pain and so quickly on pension funds, and also generate major “illiquidity” in those government bonds. It’s one thing to be ambushed like in 2008 and 2009 by illiquidity in the MBS market (see especially the movie Margin Call for what we mean by panic due to illiquidity), but it’s entirely a nuclear event to have illiquidity occur in major government bond markets such as Japan and the U.K. And even yesterday Yellen admitted (finally!) that she was worried about “liquidity” issues now in the U.S. Treasury market. Admitting that was a major policy implication/hint.

So now we have an Aha! moment that throws a spanner in the works of the Fed and other central banks. It’s either defend those absolutely essential markets—via central banks being forced back to QE- type defenses and monetary river flows—or let those asset markets burn. Of course, they can’t let them burn. That would be the end of their world, and they know it.

We now have a sudden sharp realization that the central banks’ policy shift will likely be forced out of tightening mode and possibly/likely back into print mode, whether the Fed wishes to admit it or not. They can’t let this forex/bond market situation get out of hand. And illiquidity is what “out of hand” means. Just as that once Fed-supported MBS market in 2008 went into a void of illiquidity and collapsed. This crisis could well (likely) override all other supposed data points!

Dollar Index
After September’s close at 112.17 we specified two sell trigger levels based on this quarterly momentum chart. One was a weekly closing level at 111.72 or lower (the uptrend going back to late 2020 would then be closed below). That level has been traded below this month, but with no weekly close there or lower. It remains a level to monitor — just below today’s low. 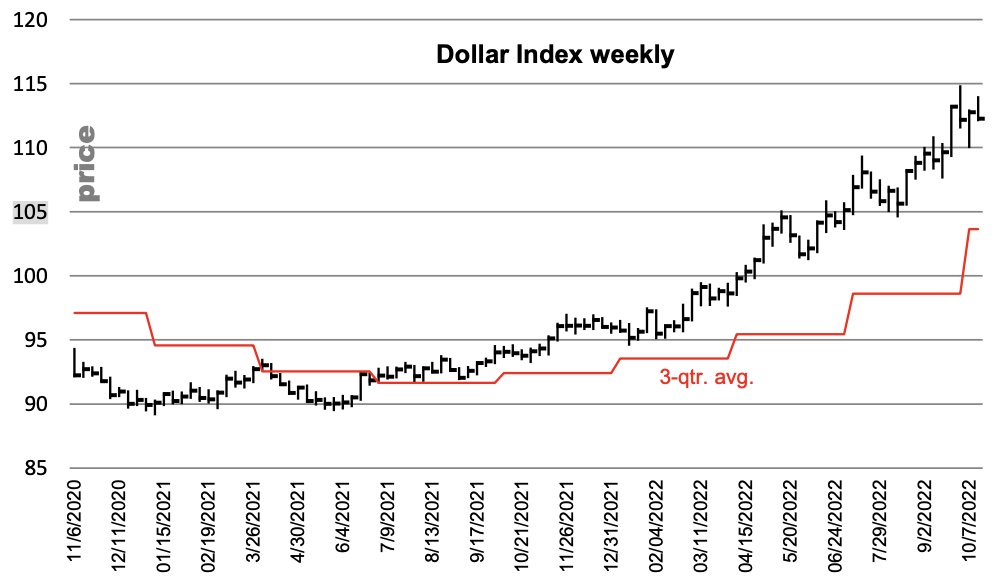 The other trigger was simply any trade this month (or this quarter) down to 109.85. The low trade early this month (coincident with gold making its highs just below its trigger level) was 110.05! 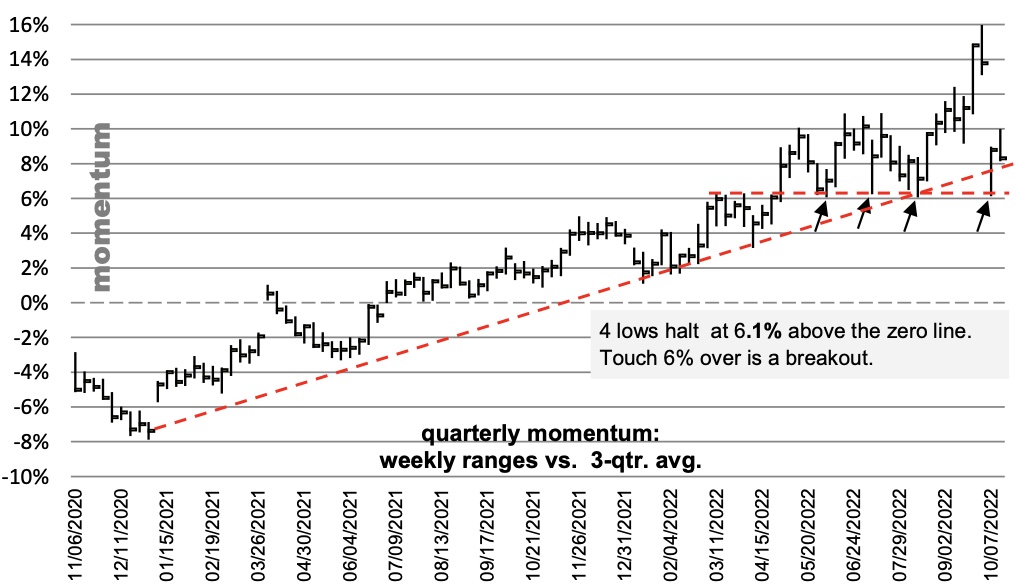 Once again (for the fourth time in five months) the momentum low reached 6.1% over the zero line but didn’t trade to 6% over. A nice rebound followed for the Dollar, though so far to a lesser price high than last month. And no doubt this rebound in the Dollar added to the crisis levels already underway in Japan and the U.K. in terms of forex and their bond markets. We suspect there might have been intervention today by various governments in the developed world given the sharp Dollar bashing rendered early this morning.

So we have the Dollar (a central bank “crisis causer” at this point) and gold now trading perfectly inverse, almost by the hour. And as we’ve shown in prior archival chart studies, that inverse relationship hasn’t been the norm. There are many times when major trends in both happened to coincide rather than be inverse. But now with the Dollar as a crisis maker, it has gold’s full attention. Could it be (yes!) that the Dollar’s relative strength to the Euro, Yen, and Pound has helped forge the crisis that has suddenly hit the central banks’ windshields (and financial analysts)? Especially its impact on now illiquid government bond markets? So instead of waiting for a gradual shift in the “economic” metrics the Fed and others are so fixated on, we have a sideline collision—a black swan event— with disastrous effects that is forcing central banks shift their
focus (or at least begin to) due to the dire emergency at hand.

Watch the Dollar! A 109.85 trade is especially major! And watch if gold reasserts its way back up to the monthly highs and closes over the monthly momentum zero line for the first time in almost six months. We suspect those events, when they occur, will nearly coincide and be inverse in impact.