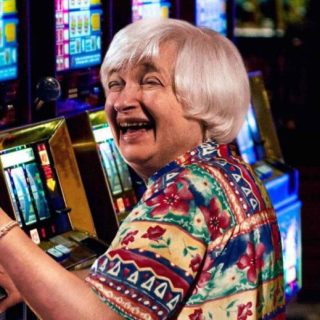 “Most Americans have never heard the term ‘Suspicious Activity Reports.’ These are actual reports that financial institutions file with the Treasury Department when they see suspicious activity,” Jordan told Epoch TV’s Joshua Phillip in an interview on “Newsmakers.”

END_OF_DOCUMENT_TOKEN_TO_BE_REPLACED

The deluge of leveraged loans is getting increasingly difficult to regulate as it takes over Wall Street. A new report brings up a perfect example of this: Bomgar Corp., who just lined up $439 million in loans. It was the company’s third trip to the debt markets this year and estimates have the company’s leverage potentially spiking as high as 15 times its earnings going forward, raising the obvious question of the risk profile of these loans.

As rates move higher like they are now, the loans – whose interest rates reference such floating instruments as LIBOR or Prime – pay out more. As a result, as the Fed tightens the money supply, defaults tend to increase as the interest expenses rise and as the overall cost of capital increases. And because an increasing amount of the financing for these loans is done outside of the traditional banking sector, regulators and agencies like the Federal Reserve aren’t able to do much to rein it in. The market for leveraged loans and junk bonds is now over $2 trillion.

Escalating the risk of the unbridled loan explosion, none other than Janet Yellen – who is directly responsible for the current loan bubble – recently told Bloomberg that “regulators should sound the alarm. They should make it clear to the public and the Congress there are things they are concerned about and they don’t have the tools to fix it.”

As we noted recently, the risks of such loans defaulting are obvious, including loss of jobs and risk to companies on both the borrowing and the lending side.

But you’d never know this by listening to the Federal Reserve. According to Fed chairman Jerome Powell, during his press conference Wednesday, the Fed doesn’t see any risks right now. Powell said that “overall vulnerabilities” were “moderate”. He also stated that banks today “take much less risk than they used to”… We’ll pause for the obligatory golf clap.

Goldman Warns Of A Default Wave As $1.3 Trillion In Debt Is Set To Mature

The lenders for the Bomgar deal included Jefferies Financial Group Inc. and Golub Capital BDC Inc., names that are outside the reach of the Fed. The company itself used the astounding defense that its pro forma leverage may only be “about seven times earnings”, which for some reason they seem to think is manageable, despite it obviously being an aggressive amount of leverage.

And since lenders may not ultimately wind up being the ones that pay the piper in the case of a default, the standards are lax on all sides. These types of loans are generally either bought by mutual funds or sometimes packaged into other securities that are sold to investors.

Of course, the harder that regulators squeeze to try to prevent these types of loans, the quicker that the market slips past them evolves. Trying to tighten loan standards has instead resulted in the market shifting to less regulated lenders, including companies like KKR & Co., Jefferies and Nomura. Hedge funds are next.

The history of regulating leveraged loans goes back to 2013, when the Fed and the Office of the Comptroller of the Currency and Federal Deposit Insurance Corp. issued guidance that told banks what acceptable leverage was. It restricted traditional banks from participating in the riskiest of these deals. Jerome Powell in 2015 said that this type of regulation would stop “a return to pre-crisis conditions”. Yes, the same Jerome Powell who today doesn’t see any risk.

Of course, Wall Street lobbied against this back then, as did Republican lawmakers, declaring it as an overreach of regulation. And so now that the market has evolved in its wake, the leveraged loan market has started to run amok again.

Joseph Otting, the former banker who leads the Office of the Comptroller of the Currency is quoted as stating in February that: “…institutions should have the right to do the leveraged lending they want as long as they have the capital and personnel to manage that.”

Trying to put a favorable spin on current events, Richard Taft, the OCC’s deputy comptroller for credit risk, stated this month: “There isn’t anything going on in the market right now that would cause us to increase our supervision of that because we are always looking at that type of portfolio.”

Increased demand also means that yields won’t rise much even though loan quality has gotten worse. Investors may not be compensated for the risk that they’re taking, as we pointed out recently. We quoted Guy LeBas, chief fixed-income strategist at Janney Montgomery Scott LLC, who stated: “It’s not a good time to be buying bank loans”.

He also noted something troubling which we have discussed on numerous prior occasions: the collapse in lender protections which are worse than usual as there’s a smaller pool of creditors to absorb losses, and as covenant protection has never been weaker.