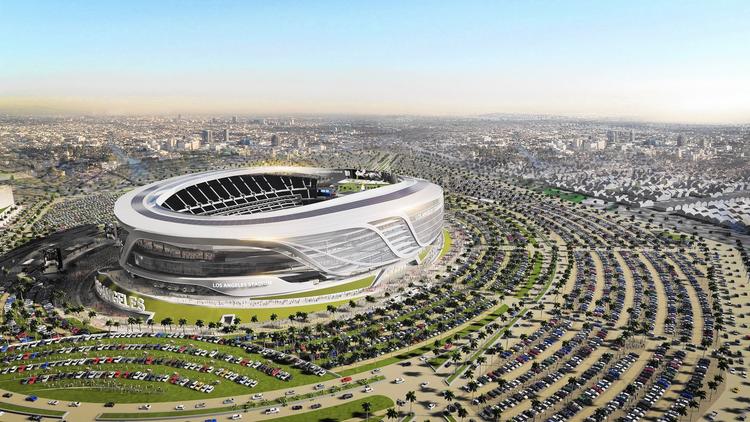 When San Diego Chargers executives needed help raising $1.7 billion for a football stadium in Carson, they turned to the professionals: Goldman Sachs.

The giant investment bank has become a major player in the high-stakes stadium financing game, crafting 30 deals with pro teams in the last decade.

Goldman has seized an opportunity in an era when cities and states are increasingly leery of subsidizing sports palaces for billionaires. The firm offers the next-best thing: upfront Wall Street money, along with help crafting creative deals that maximize a team’s profits and minimize its taxes.

Along the way, the bank and the investors it recruits pull in seven-figure returns and can even influence where franchises end up playing. 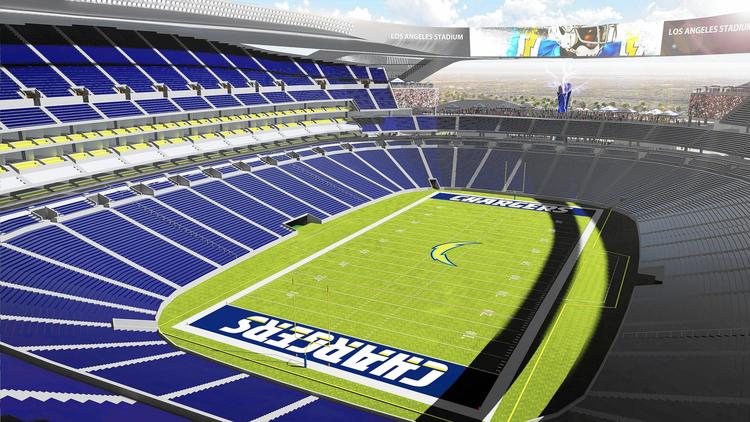 The firm has financed some of the biggest deals in sports, including the new Yankee Stadium in New York and the San Francisco 49ers’ new Levi’s Stadium in Santa Clara, Calif. Now Goldman is at the center of the Chargers and Oakland Raiders plan for a new stadium in Carson, where it has crafted a complex public-private partnership to build the nation’s most expensive stadium.

The stadium plan still needs approval from the NFL, and the league could choose to go with a competing plan for a $1.86-billion stadium in Inglewood from St. Louis Rams owner Stan Kroenke, the league’s second-richest owner.

But Goldman’s money and influence give confidence to the Carson plan’s boosters.

“Inglewood likes to say they have the money, because they have Kroenke and he’s worth $6.3 billion,” said Carson Mayor Albert Robles. “Actually, we have more money — because we have Goldman Sachs.”

The Chargers first hired Goldman several years ago to advise them on a new stadium in San Diego. But talks with the city stalled amid disagreements over sites and public financing. When the team then looked to Los Angeles, Goldman had a ready blueprint in the $1.3-billion deal to build Levi’s Stadium.

It is the first NFL stadium built in California since the mid-1960s, financed in a city about the same size as Carson with little upfront tax money and big potential profits for the team.

“It showed that, in a big market, you can do this,” said Mark Fabiani, who’s in charge of stadium efforts for the Chargers. “That definitely affected our thinking.”

The Chargers drove the stadium planning before inviting the Raiders to join earlier this year.

In Santa Clara, and in Carson, Goldman’s plan was to create a public authority to build and own the stadium, using the proceeds of a construction loan raised from private investors. The loan would be paid back using revenue from sponsorships, high-end seating and non-NFL events at the stadium and, in a two-team stadium in Carson, using as much as $800 million in personal seat licenses — upfront payments that allow fans to buy season tickets.

The structure of the deal would also save both teams a lot of money in the long run, said John Vrooman, a sports economist at Vanderbilt University.

Using a tax-exempt public authority to sell personal seat licenses and sponsorships allows the teams to avoid many taxes on those sales, saving them tens, perhaps hundreds, of millions of dollars, Vrooman said. The teams would also avoid property taxes on the building, though they would pay rent and other local taxes on the private use of a public facility.

Public agency bonds for the stadium would be tax exempt and sell at lower interest rates.

“Goldman Sachs’ job is to use, if not disguise, every public funding tax shelter and loophole,” Vrooman said.

Goldman’s investors also prefer the opportunities for private profits in L.A., which San Diego can’t match. That makes the Carson stadium a much safer bet. Building something similar in San Diego without generous public subsidies would require the Chargers to borrow more money at higher interest rates. The economics don’t work, Fabiani said.

Goldman declined to make members of its stadium financing team available for interviews. But at a recent Carson City Council meeting, Tim Romer, who heads the firm’s West Coast public-sector financing operation, said he’s confident that this plan can succeed in the L.A. market.

“We’re committed to making this happen,” he said. “We’ve concluded the financing is viable.”

Some have their doubts. Tony Manolatos, a spokesman for San Diego’s stadium task force, says Goldman’s plan in Carson leans too heavily on personal seat licenses. To raise $800 million, the Chargers and Raiders both would have to sell more seat licenses than anyone except the Dallas Cowboys and 49ers ever have — in a market where neither team has deep roots — while competing with each other.

“No one has ever sold that amount of [personal seat licenses] in a new market,” he said.

San Diego officials last week countered with an offer that includes $242 million in city and county subsidies, $173 million in construction bonds and $225 million from the sale of city-owned land near the stadium. The Chargers would put up $300 million and the NFL would pay $200 million. Team officials say they’re reviewing the proposal.

If Goldman is right, their investors should see a solid return. The Santa Clara deal generated about $75 million in interest and fees, according to financing documents, with more potentially to come when construction bonds are refinanced later this year. In Carson — where the stadium would cost $400 million more — financiers could easily recoup $100 million.