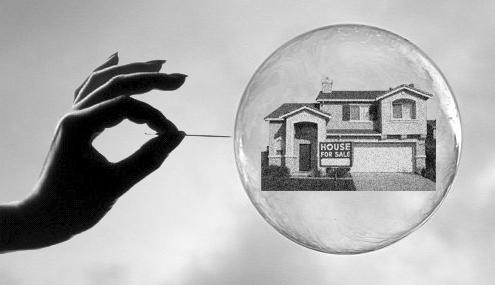 (Ben Jones) A report from the Orange County Register in California. “When 2018 started, the housing buzz was ‘where’s the supply?’ Now with the year almost complete, the industry now wonders ‘where did all the buyers go?’ Ponder that in housing-starved Southern California, builders have the largest standing supply of completed homes to sell in six years. Yes, newly constructed residences are a pricey niche that’s not for everyone. Still, the change of momentum is remarkable.”

“Housing tracker MetroStudy reports that at the end of the third quarter, 3,401 new homes were finished but unsold in the four-county region covered by the Southern California News Group. That’s up 428 homes in 12 months, or 14 percent, and was the highest inventory level since 2012’s second quarter.”

“But this year, house hunters have pulled back — for both new and existing residences. If you need a stark measurement of the buyer reluctance, look at this: CoreLogic reported Southern California home sales of all types in September suffered their largest year-over-year decline in nearly eight years.”

“It adds up to a situation where not too long ago local builders had many buyers waiting months for homes to be completed. Today, most housing projects offer new homes ready for immediate occupancy — with special pricing, no less.”

“Look at the market upheaval in Orange County. It’s got the region’s biggest boost in new-home supply, according to MetroStudy. As of Sept. 30, O.C. had 1,074 finished residences for sale, up 277 or 35 percent in a year. It’s O.C.’s largest new-home inventory in nearly 12 years.”

“Builders, faced with their own industry competition, also are up against homeowners in the region who rushed to list their homes. As that new-home supply swelled in the third quarter, Southern California owners averaged 35,333 listings, according to ReportsOnHousing. That’s 4,568 more existing homes on the market than a year earlier — or 10 times the growth of unsold new homes.”

“Yet this is an autumn period when many owners typically take homes off the market. Who knew that 2018 would be the year when house hunters had too many homes to choose from?”

From Curbed Los Angeles. “The number of homes for sale in the Los Angeles area climbed more than 30 percent in October, according to Zillow. That suggests the region’s sky-high home prices could continue to fall, as they did in September.”

“During the month of October, inventory (the total number of houses and condos on the market) in Los Angeles and Orange counties jumped nearly 32 percent above levels recorded in October of last year. A bump in the number of homes available for sale often corresponds with falling prices, since sellers have more competition when listing their homes and are less likely to be overwhelmed with offers above asking price.”

“The spike in the number of homes available for purchase mirrors—and far exceeds—a nationwide trend. Across the country, inventory went up 3 percent since last year, marking the first yearly increase since 2014.”

“‘This is a phenomenon we’re seeing in several pricey markets throughout the country,’ says Zillow economist Aaron Terrazas. He points out that inventory has also risen by double digit percentages in San Francisco, Seattle, and San Jose.”

“Terrazas tells Curbed that much of the inventory growth in LA and other markets is driven by homes that take longer to sell, suggesting that buyers may be less willing to pay bloated prices.”

“‘This is a reflection of how poor affordability is in those areas,’ says Terrazas. ‘Buyers are starting to pull back a little bit from where they were a year ago.’”