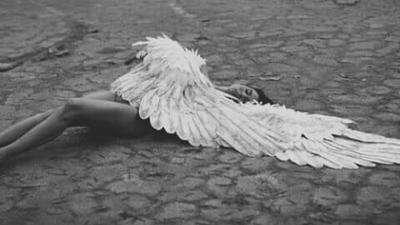 (ZeroHedge) One week ago when we wrote that with PG&E facing a threat of an imminent bankruptcy (which we now know will soon be realized), the most bizarre development in this latest corporate fiasco was that until the first week of January, both S&P and Moody’s had rated the California utility with over $30 billion in debt as investment grade even as its bonds and stocks were cratering ahead of what investors deemed to be an imminent Chapter 11 filing.

And while we have extensively discussed the multi-trillion threat posed by “falling angel” companies, or those corporations rated BBB – the lowest investment grade equivalent rating – as they slide into junk territory, the recent events surrounding PG&E highlight an even greater blind spot in the corporate bond arsenal: that of the failing angel.

As Bank of America’s Hans Mikkelsen wrote in a recent research note, Investment Grade defaults – defined as defaults within one year of being rated IG – are “rare and unpredictable” (even if in the case of PG&E, its downfall was quite obvious to many) as globally in more than half of years historically there were no HG defaults at all.

As such, Monday’s pre-announcement by The Pacific Gas and Electric Company (PCG) that it intends to file Chapter 11 by January 29th…

… is a singular event and if the company follows through, it will become the third largest IG default since 1999, behind Lehman and Worldcom, with $17.5bn of index eligible debt.

The chart below lists all US index defaults since 1999 that occurred within one year of being included in ICE BofAML benchmark US high grade index. The three largest defaults in terms of index notional were Lehman ($34.9bn), WorldCom ($22.9bn) and CIT Group ($12.4bn).

In fact, as BofA adds, if PG&E does file before the end of the month the company will become a member of a much more exclusive group of “Failing Angel”, formerly-IG companies consisting of Enron, Lehman and MF Global that defaulted directly out of IG, before making it into the HY index as Fallen Angels.

Ironically, as Mikkelsen adds, until recently he had looked at PCG as set to become a large Fallen Angel from BBB accounting for 1.4% of the HY market. Now it appears the company plans to bypass the HY market, and proceed straight to default.

So as the world obsesses over the risk of “falling angels”, just how many other “failing angels” are hiding in the shadows, waiting for their moment to wipe out billions in stakeholder value as the economy continues to slowdown to what is now an inevitable recession, and just what will the knock-on effects of this “historic” default be? We will find out in less than two weeks.