(WSJ) Heavy duty vehicles line both sides of many of the winding two-way streets in the Hollywood Hills, making them treacherous single-lane thoroughfares. Construction workers wave stop signs as trucks laden with glass and steel back slowly out of driveways. Empty parcels of land all over Los Angeles’s poshest neighborhoods are being transformed into lavish mansions with price tags in the tens, or even hundreds, of millions.

“Every time I drive up there for any reason, if I return without getting my car dinged I breathe a sigh of relief,” says Andy Butler, a real-estate marketing consultant.

Real-estate experts estimate that there are about 50 ultra high-end spec houses under construction in the area, from Beverly Hills to Bel-Air and Brentwood.

The unprecedented wave of development has its roots in the heady days of 2014 and 2015, when foreign buyers poured into Los Angeles and luxury markets across the country logged record sales. A couple of local megawatt deals—including the $70 million sale of a Beverly Hills compound to billionaire Minecraft creator Markus Persson in 2014—inspired the construction of bigger and pricier homes, most of which were built as contemporary cubes. Some were built by inexperienced developers; many had price tags north of $20 million.

Now, there are simply too many, and not enough buyers to go around. “It’s created its own monster,” says Stephen Shapiro of Westside Estate Agency. “We have an enormous oversupply of these white boxes. There’s years of inventory out there.” 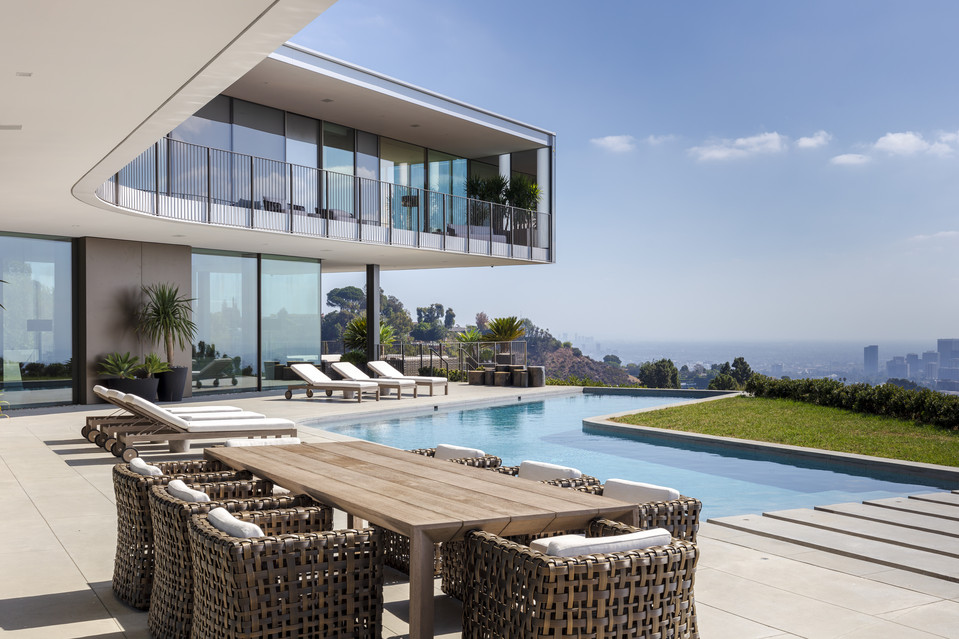 This Bel-Air home shaped like an airplane propeller is asking $56 million. A rendering of the home. Matthew Momberger

A review of the Los Angeles multiple listings service shows close to 100 homes on the market asking over $20 million in Los Angeles County, at least 35 of which could be classified as spec homes, and more are under construction. And those are just the listed ones: Appraiser Jonathan Miller says more than a third of homes in that price category are never entered in the MLS. Some of the city’s most expensive are notably absent.

The surplus mirrors a similar situation in New York, where high-end developers rushed to build pricey condos amid a market upswing, and are now faced with enormous competition for buyers.

But unlike New York, smaller, private lenders and wealthy individuals have provided much of the financing for the Los Angeles spec homes. 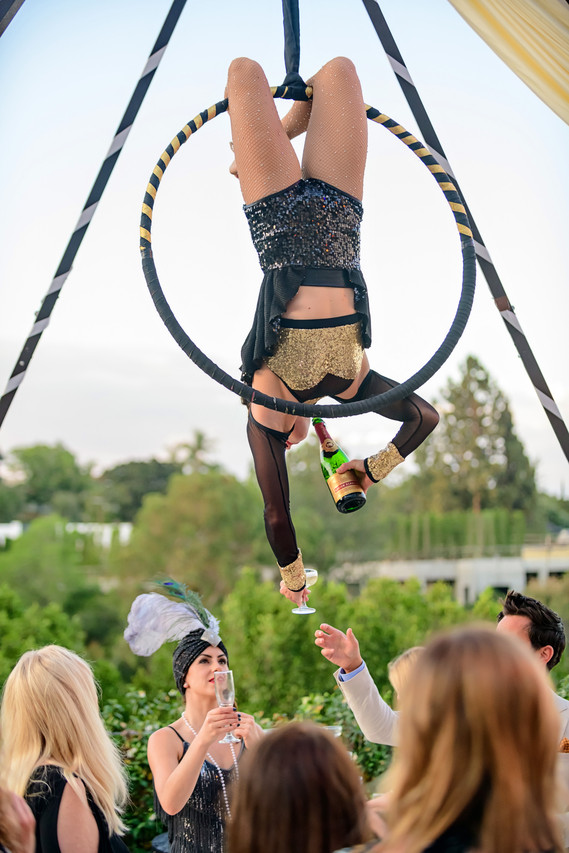 Don Hankey, a California businessman known as the king of subprime car loans, says one of his companies has provided close to $300 million on high-end homes in the Los Angeles market, including on spec homes. Public records show Hankey Capital provided about $82.5 million in financing to “The One,” an almost-built megamansion by Los Angeles developer Nile Niami, who plans to list it for $500 million.

That asking price is more than twice the record paid for a home in the U.S., a record set earlier this year by hedge funder Ken Griffin’s purchase of a nearly $240 million penthouse in New York. The record price for a Los Angeles area home was set by the $110 million sale of a Malibu mansion in 2018.

“You have to be concerned,” Mr. Hankey says of the oversupply. “We’ve cut back. We’re not as aggressive in the financing.”

The debt load for developers can be substantial. “If I’m living in my house and I put it on the market for sale, I’m still living in my house,” Mr. Shapiro says. “These are empty houses, and the developer is spending a lot every month to keep them.” 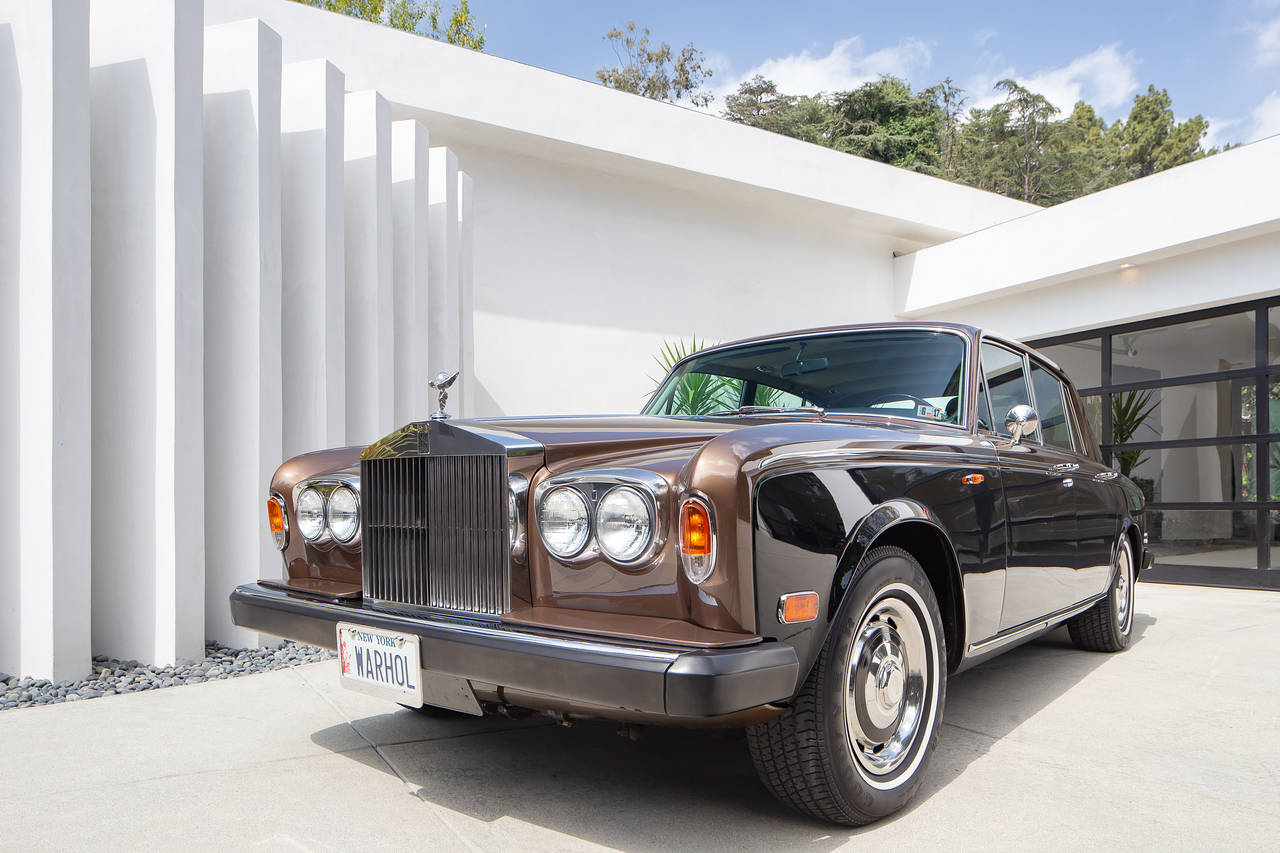 Andy Warhol’s 1974, two-toned, Rolls-Royce Shadow can be included in the deal for a new Trousdale spec home that’s branded around the artist. Photo: Darren Asay

In this environment, and amid signs that prices are falling, developers and their agents are going to extraordinary lengths to differentiate their listings from the pack. They are throwing themed bashes in lieu of traditional open houses, thinking up gimmicky new amenities and hiring marketing experts to reimagine homes as individual brands with their own names, logos and stories. Some developers are relisting plots of land, hoping to get their money out without sinking more money into construction.

“People come to us because they want to stand out,” says Alexander Ali, whose marketing and public relations firm the Society Group is finding a growing business in creating brands for megamansions. “There are so many new homes coming to the market every day.”

Mr. Ali’s latest exercise: Turning a roughly 7,600-square-foot contemporary home in Trousdale into “WARHOL 90210,” a property branded around artist Andy Warhol. Mr. Ali and the developer, Wystein Opportunity Fund, joined with a local gallery to display Warhol prints in the home. At a Warhol-themed disco to be held on site, a Warhol look-alike will be filmed striding through the party; the resulting video will be blasted out on social media. (The house has no connection to Mr. Warhol.) 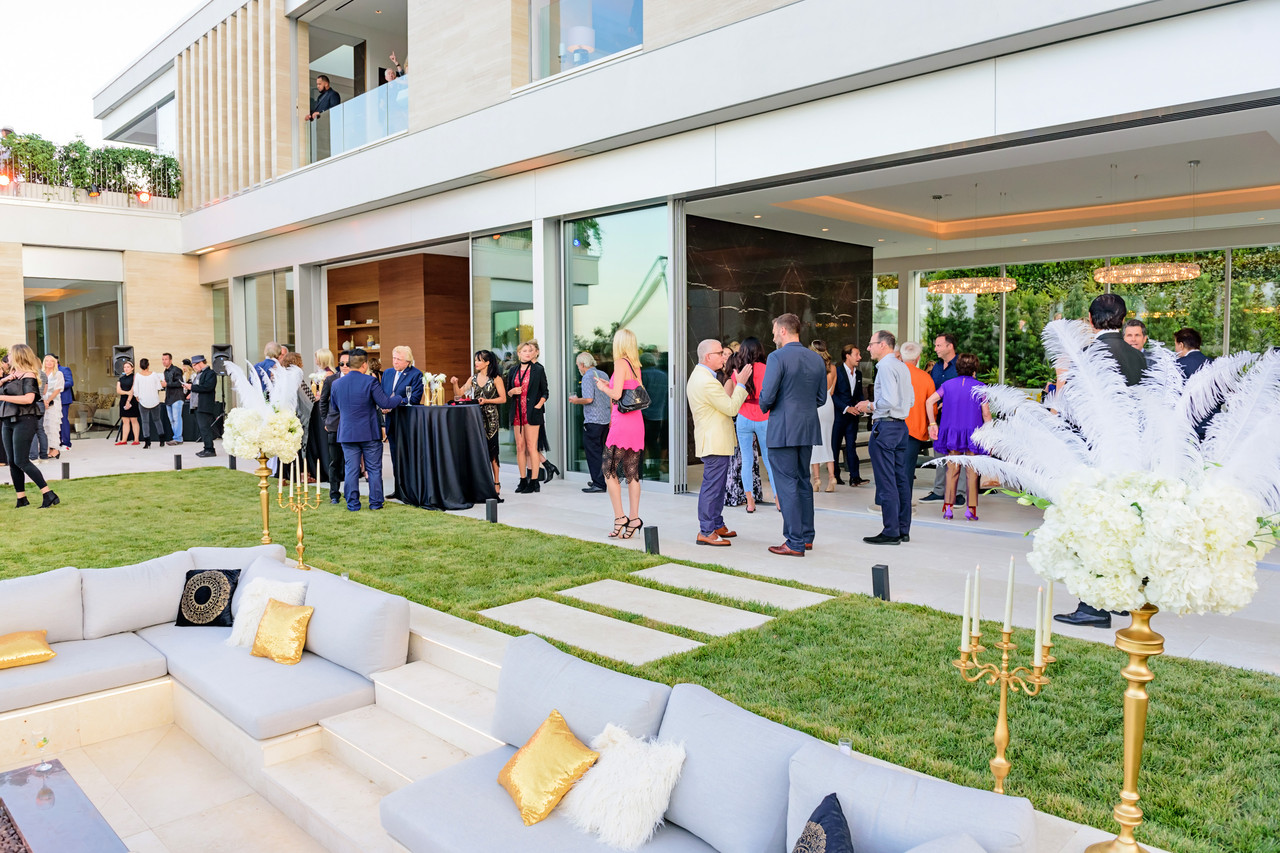 Amid a surplus of luxury spec homes, developers and their agents are going to extraordinary lengths to differentiate their listings from the pack, like throwing themed bashes in lieu of traditional open houses. Photo: Joshua Bobrove 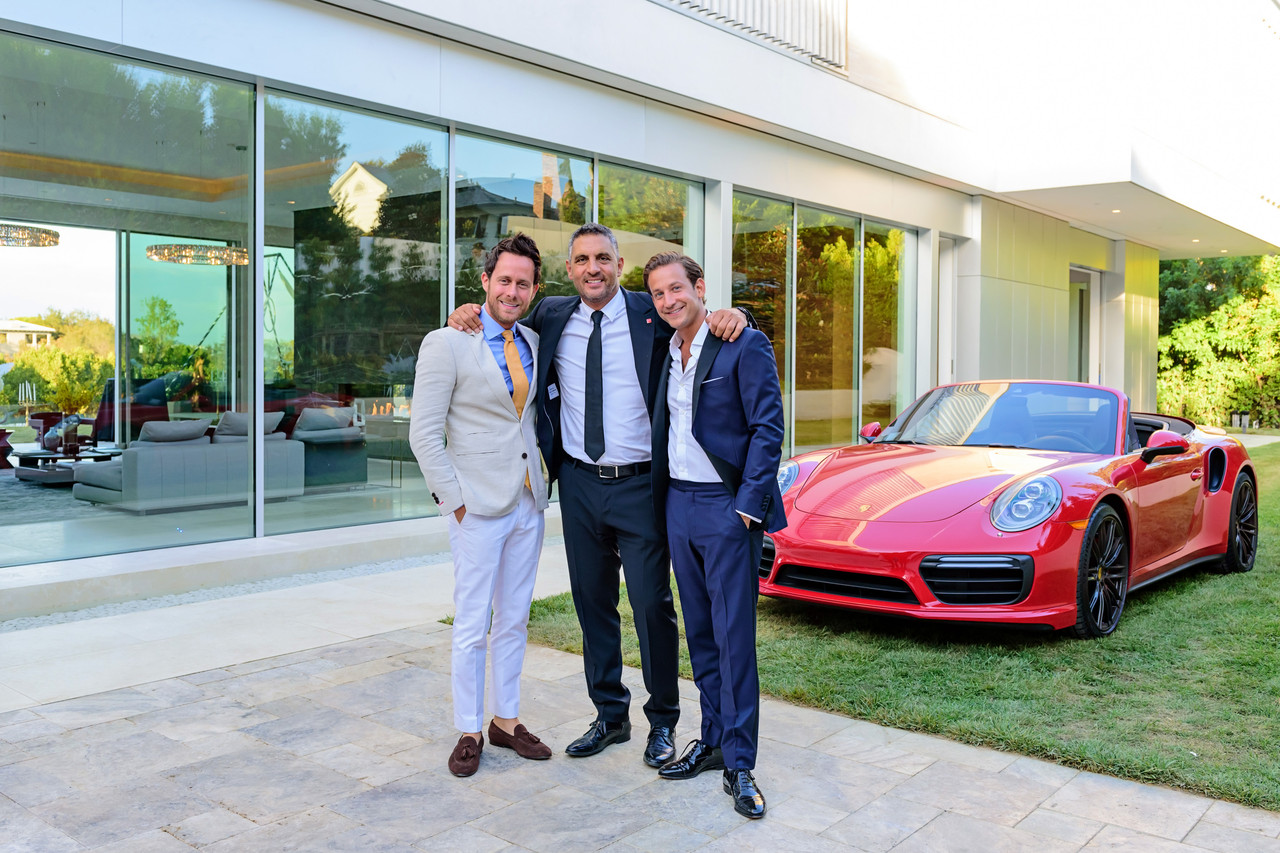 Mr. Ali convinced the agent that Mr. Warhol’s onetime car—a 1974, two-toned, Rolls-Royce Shadow—and the Warhol prints featured in the home should be included in the deal. “It defines the house as a collector’s dream,” Mr. Ali says. The whole package seeks $17.75 million. The house can be sold separately for $15.625 million.

In February, Mr. Niami threw an elaborate party inspired by Dutch artist Hieronymus Bosch’s painting “The Garden of Earthly Delights” in a home he is listing for $39.995 million. Its three levels were organized into heaven, earth and hell, and models in colorful tulle dresses swam in the property’s glass bottomed pool, said Mr. Ali, who organized the party.

There were actors posing as Adam and Eve while hosting a virtual reality game that allowed guests to enter a rendition of the Bosch painting. People drank whiskey infused with the body of a dead cobra, and dancing women dressed in leather, whips and chains. A camel stood at the entrance to greet guests. 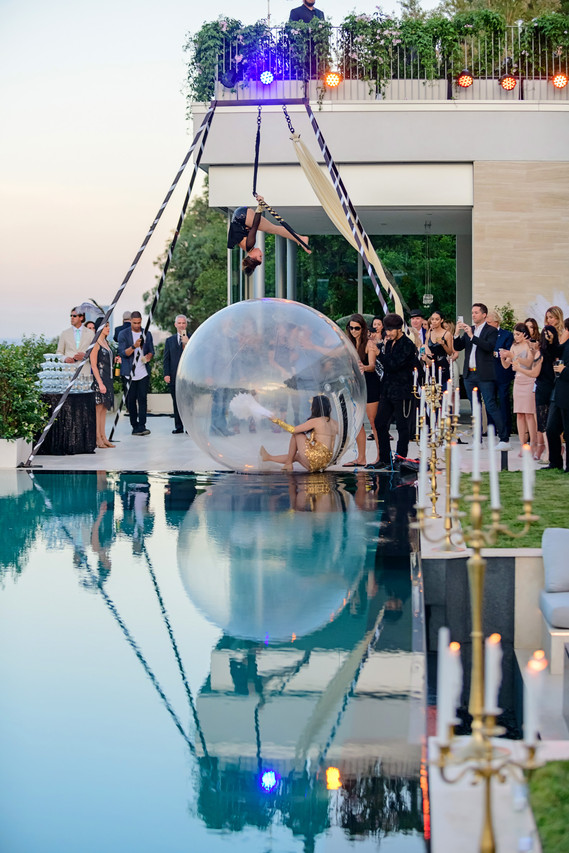 Another performer floated on the surface of the pool in a transparent bubble. Photo: Joshua Bobrove

In Bel-Air, real-estate brokerage firm the Agency recently threw a “Great Gatsby” themed event to launch a $35.5 million spec house. A female performer in a bedazzled costume hung upside down from a trapeze to pour champagne for guests, while another floated on the pool in a transparent bubble.

Mr. Ali says developers will pay anywhere from $20,000 to hundreds of thousands to throw such events.

In addition to the parties, developers are always on the hunt for creative new amenities. “It’s about the wow factor,” says spec home developer Ramtin Ray Nosrati, whose under-construction mansion in Brentwood includes a secret room for growing and smoking marijuana.

The ventilated room, accessed by hitting a button hidden inside a living room bookcase, will have tinted windows that darken for privacy. The house, slated to ask between $30 million and $40 million, will also come with a budget for an employee to supervise growing and harvesting. Mr. Nosrati compared the amenity to “having your own vineyard.”

Despite all this, price cuts are the order of the day. Bruce Makowsky, a handbag designer-turned-developer who sold the Minecraft property, lowered the price of his latest project, a lavish Bel-Air house with a candy room and a helipad, to $150 million, down from its original $250 million asking price. Mr. Niami slashed the price of a sprawling 20,500-square-foot house known as Opus to $59.995 million, down from $100 million.

Developer Ario Fakheri has chopped the asking price for his Hollywood Hills home with a roughly 300-gallon indoor shark tank to $26.995 million from $35 million.

Sales are still happening: Approximately 11 deals have closed for more than $20 million in Los Angeles so far this year, and a Saudi buyer recently paid $45 million for a spec home built by diamond manufacturer Rafael Zakaria. But buyers know they have the upper hand. “People are making lowball offers,” says Mr. Shapiro of Westside Estate Agency. “They’re not being shy.”

As for “The One,” the $500 million property was originally slated to come on the market in 2017 but has yet to be listed. The developer blamed construction delays.

Corrections & Amplifications: Stephen Shapiro of Westside Estate Agency said buyers know they have the upper hand in negotiations to purchase high-end spec homes. An earlier version of this article incorrectly stated that sellers have the upper hand. (May 30, 2019)

Source: by Katherine Clarke | The Wall Street Journal via @kathieClarkeNYC