Peter Stallion, an analyst at Freight Investor Services (FIS), told JOC that air cargo rates out of Asia in Aug. and Sept. have generally been a good indication of what to expect in 4Q. He said rates in Asia haven’t been this low since 2015, and that could mean the global economy is likely to slow through the year. 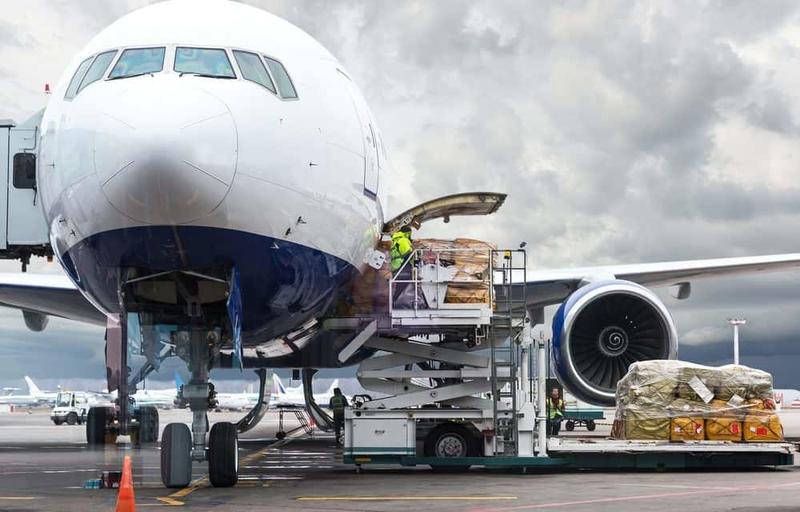 WorldACD, a firm focused on advising air cargo companies, said in the first eight months of 2019, from January to August, global air cargo demand fell 5% YoY. For the same period, demand for Asian carriers sank by 6%.

“Even those who usually try to drum up the peak expectations to push up rates are openly admitting that it will likely be weak,” he said.

“We have a rather pessimistic approach and believe that there will be no more than two to three weeks of peak in November and that even that will not be too strong. It is difficult right now to predict what will happen before [Chinese New Year]. Again, we believe it will not be strong.”

The air cargo slump is happening as global trade volumes are declining around the world. 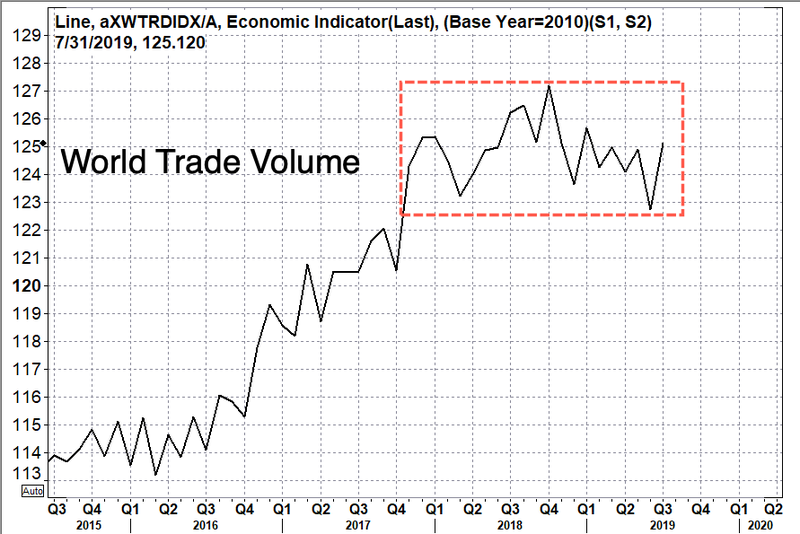 Earlier this week, The World Trade Organization (WTO) published its latest forecast that said trade growth would only expand by 1.2% in 2019, down from 2.6% it predicted in April.

The WTO warned: “The darkening outlook for trade is discouraging but not unexpected.”

The slowdown in air cargo is also seen in global shipping rates. The most serious of them all is the Freightos global 40′ shipping container rate, now plunging to new lows on the year, signaling that the probability of a rebound in the global economy this year is diminishing. 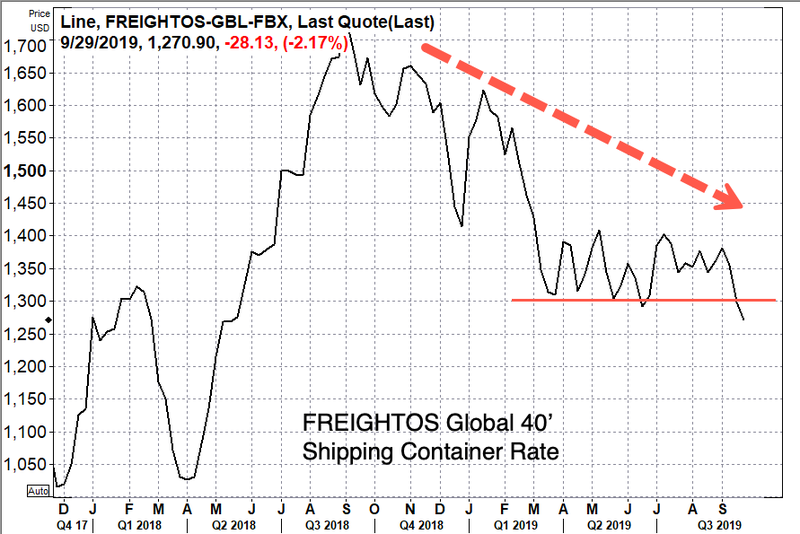 Global trade is in a destructive cycle, expected to move lower through the year, as the threat of a worldwide trade recession soars for 2020.