Following Fed Chair Powell’s surprising announcement today that the Fed was resuming Permanent Open Market Operations after a 5 year hiatus, just as we said last month that it would (see “The Fed Will Restart QE In November: This Is How It Will Do It“)…

… there was a brief debate whether the Fed’s soon to be permanent expansion in its balance sheet is QE or not QE. The answer to this semantic debate simple: Powell defined Quantitative Tightening as removing reserves from the system. Thus, by that simple definition, adding reserves to the system on a permanent basis via permanent open market operations, i.e., bond purchases, is Quantitative Easing. Incidentally, the repo market fireworks were just a smokescreen: the real reason why the Fed is resuming QE is far simpler: the US has facing an avalanche of debt issuance and with China and Japan barely able to keep up, someone has to buy this debt. That someone: the Fed. 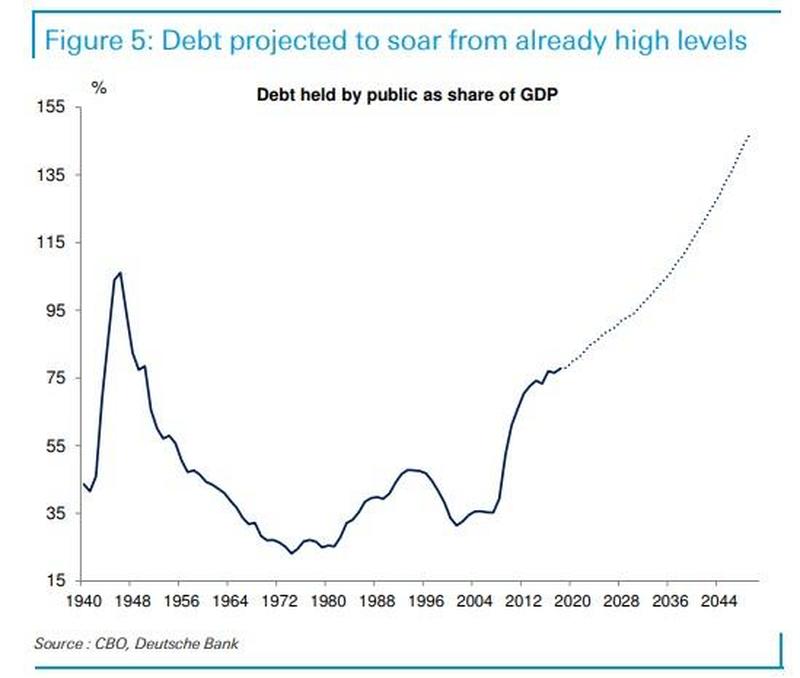 And just to shut up anyone who still wants to call the upcoming $400BN expansion in the Fed’s balance sheet, as represented in the following chart by Goldman… 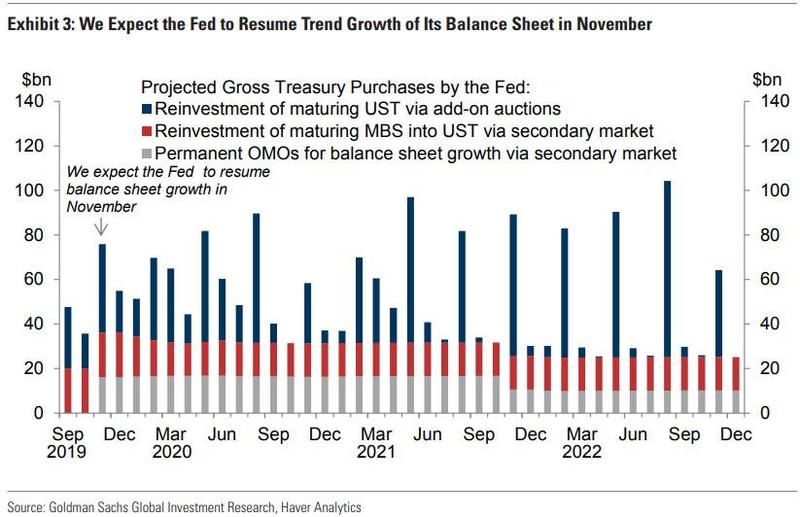 … QE-Lite, here is JPMorgan comparing what is coming with what has been: at a $21BN in monthly 10Yr equivalent TSY purchases, the “upcoming” operation is the same size as QE1.

Yet semantic bullshit aside, what is most infuriating about Powell’s “shocking” announcement (which we previewed a few weeks ago) is that it took place just one day after the central banks’ central bank, the Bank of International Settlements, finally caught up with what we first said in 2009 – for economists being only 10 years behind the curve is actually not terrible – and wrote that “the unprecedented growth in central banks’ balance sheets since the financial crisis has had a negative impact on the way in which financial markets function.”

Ignoring the fact that central bank policies are responsible for such phenomena as Brexit and Trump, as it is the flawed monetary policy of the past decade that made the rich richer beyond their wildest dreams by expanding the biggest asset bubble in history, while destroying the middle class… 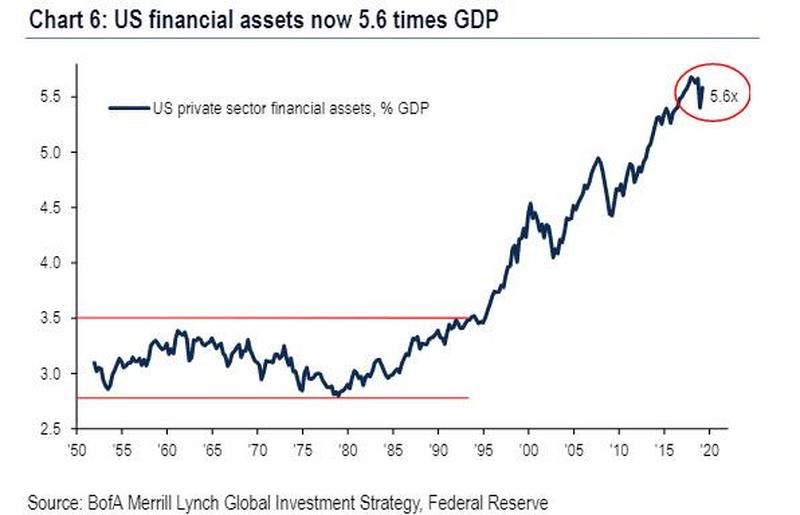 … it is disgusting that even as the Fed’s own supervisor admits that its balance sheet expanding policies have broken the market – something this “tinfoil” conspiracy blog has been saying since 2008 – the Fed is doing even more of the same, ensuring that the market will be more broken than ever!

So what was this startling epiphany? According to the BIS, while the immediate impact of this massive balance sheet expansion had eased the severe market strains created by the 2008 financial crisis, there had been several negative side-effects. These included a scarcity of bonds available for investors to purchase, squeezed liquidity in some markets, higher levels of bank reserves and fewer market operators actively trading in some areas.

In short: last month’s repo crisis is a direct consequence of central banks’ own actions. as Scott Skyrm explained earlier.

“Lower trading volumes and price volatility, compressed credit spreads and flatter term structures may reduce the attractiveness of investing and dealing in bond markets,” the BIS said in the Monday report. “Some players may leave the market altogether, resulting in a more concentrated and homogenous set of investors and fewer dealers.”

This “could result in market malfunctioning when large central bank balance sheets are eventually unwound”, the BIS warned, adding that “it could make it more difficult for reserves to be redistributed effectively between market participants.” Of course, the BIS was clearly joking because even five-year olds know balance sheets will never be unwound.

Additionally, the BIS went on to point out that negative impacts have been more prevalent when central banks hold a larger share of outstanding assets, as the FT reported: major central banks’ holdings of domestic sovereign bonds range from 20% of outstanding paper at the US Fed to over 40% in Japan. 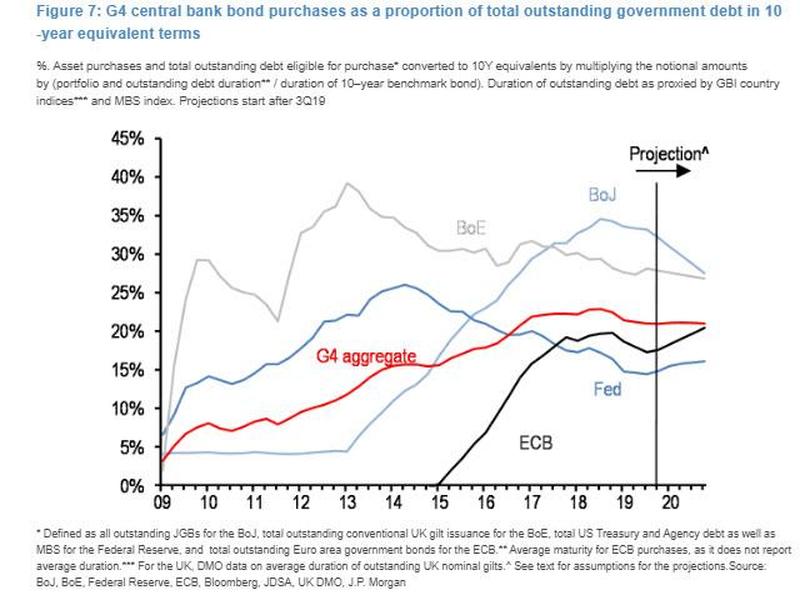 But the BIS said these side-effects had so far only rarely affected financial conditions in such a way as to impede central banks’ monetary policymaking, though it added that the full consequences were unlikely to become clear until major central banks started to shrink their balance sheets.

Worse, the BIS noted that regulations demanding liquidity at large banks might discourage the banks from offering to lend out their reserves — a source of same-day liquidity — into overnight markets. This is similar to what the large banks themselves have said in the last month. But the BIS also noted that since the financial crisis, risk management practices might have changed within the banks themselves.

Sadly, the Fed – which is fully aware of all of this – decided to ignore everything the BIS warned about, and by launching more POMO/QE/”don’t call it QE”, just ensured that the next financial crisis will be the last one.

“So looks like the banks are being re-capitalized, (bailed out) and lower rates are coming, zero or negative.. well.. now the banks can borrow cash for zero, or less directly from the Fed., then shell out loans and credit cards at exorbitant rates to We The People… oh… you are not supposed to know this… (don’t share)…”