As Californians grapple with this year’s annual fire season, President Trump has a message for Democratic Governor Gavin Newsom; clean up your act. 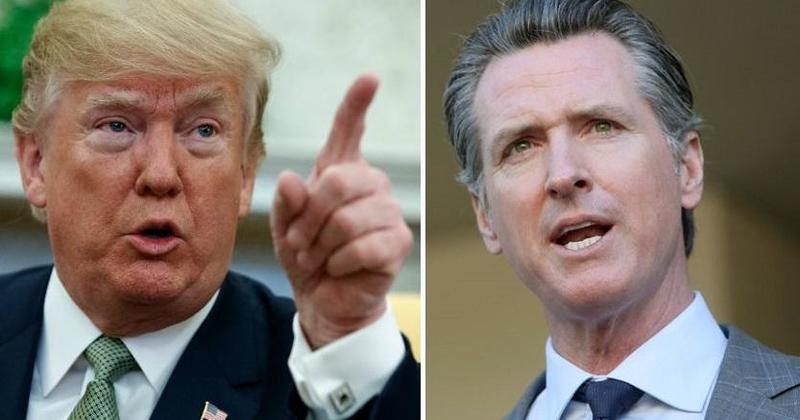 “The Governor of California, @GavinNewsom, has done a terrible job of forest management. I told him from the first day we met that he must “clean” his forest floors regardless of what his bosses, the environmentalists, DEMAND of him,” Trump tweeted on Sunday.

Trump then threatened to withhold federal money, which California receives every time they declare a state of emergency.

“Must also do burns and cut fire stoppers,” he continued. “Every year, as the fire’s [sic] rage & California burns, it is the same thing-and then he comes to the Federal Government for $$$ help. No more. Get your act together Governor.“

“You don’t see close to the level of burn in other states…But our teams are working well together in putting these massive, and many, fires out. Great firefighters! Also, open up the ridiculously closed water lanes coming down from the North. Don’t pour it out into the Pacific Ocean. Should be done immediately. California desperately needs water, and you can have it now!”

….putting these massive, and many, fires out. Great firefighters! Also, open up the ridiculously closed water lanes coming down from the North. Don’t pour it out into the Pacific Ocean. Should be done immediately. California desperately needs water, and you can have it now!

California state Senator Mike McGuire tweeted “Total crap” in response to Trump, claiming that “Approx 57% of CA’s forest land is owned by the Fed Gov’t. Only 3% is owned by State/local gov’t. THE FEDS HAVE CUT their forest budget by hundreds of millions.”

Total crap. Facts First: Approx 57% of CA’s forest land is owned by the Fed Gov’t. Only 3% is owned by State/local gov’t. THE FEDS HAVE CUT their forest budget by hundreds of millions. CA has increased ours massively. Show some empathy for #KincadeFire survivors, @realDonaldTrump https://t.co/ZdDCn8LebI

After more than a week battling around a dozen blazes throughout the state, fire crews have most of the incidents over 70% contained, according to the California Department of Forestry and Fire Protection. That said, first responders have been slowed down by reports of drones being operated in their airspace.

“The helicopters had to set down for 30 to 40 minutes each time,” DesForges said. “The drones are difficult to see and they can be pushed by winds very easily. If they strike one of our helicopters, they could cause it to crash, and if not, we would still need to land that helicopter to perform repairs.” –NPR

On Thursday night, the Maria Fire broke out near the cities of Ventura and Oxnard to the north of Los Angeles. It is currently 50% contained after burning around 9,400 acres. Following the new blaze, Newsom expanded the state of emergency in Sonoma and Los Angeles. 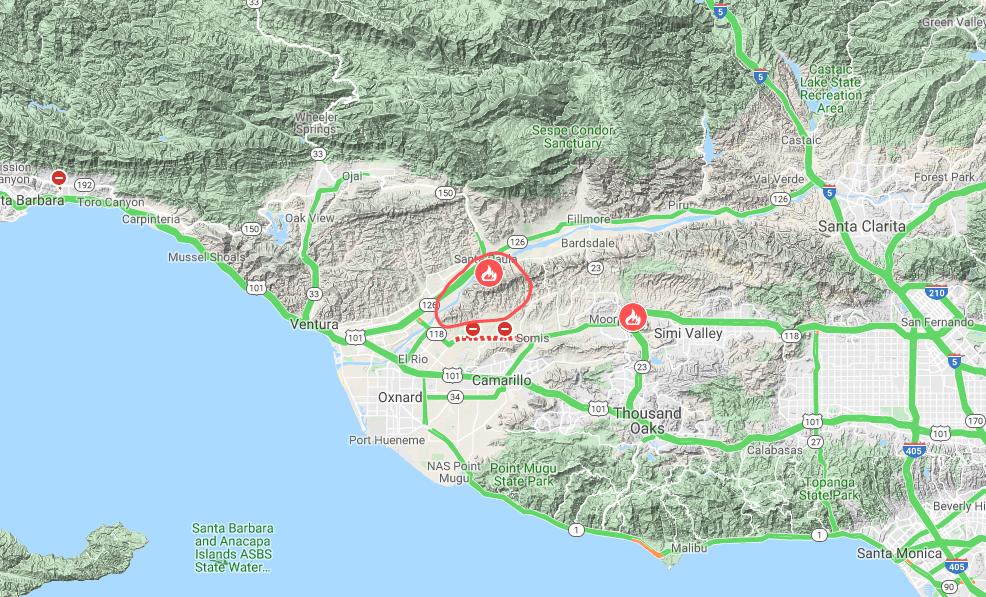 To the north, the Kincade Fire in Sonoma County has burned over 77,000 acres and is 76% contained. Over 4,500 fire personnel battled the blaze east of Geyserville.

“They’re still doing a lot of work in those hot spots, and there are still a lot of utility workers in there trying to get services restored,” said Cal Fire spokesman Cleo Doss. “We’re trying to help the people who have already been released get back into the area.”

According to the San Francisco Chronicle, evacuation orders have been lifted for all but a few locations affecting 1,500 people. During the height of the fire, around 185,000 people were evacuated. The fire has destroyed 372 structures, including 175 homes. Four first responders sustained non-life threatening injuries.