Before a complete fracturing of the US and Chinese economies, there have already been numerous signs of decoupling that are currently taking place behind the scenes.

But before we tell you about the decoupling and the latest evidence we’ve found. You must be asking: Where are we in the trade war? Beginning innings? Imminent trade deal?

The flurry of trade headlines from the US and China over the last 15 or so months have certainly been confusing. The fact is, there’s so much fake trade news that it’s hard to tell exactly the progress between both countries. 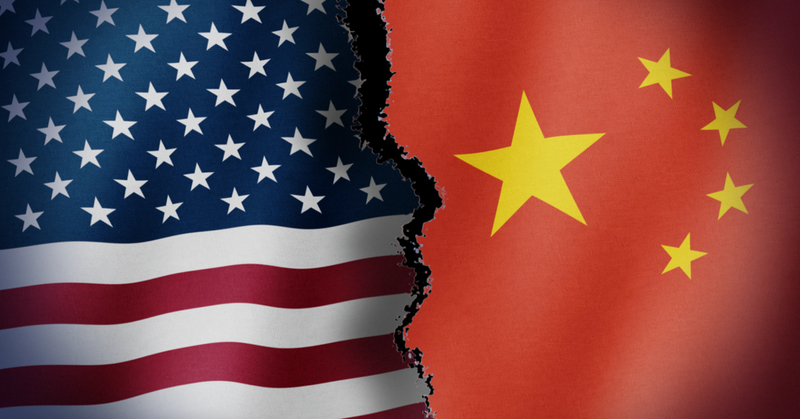 But what’s certain is that the trade war is in the beginning innings and nowhere near being resolved. Yes, there’s a Phase 1 deal being floated around, but that’s only for President Trump to save Midwest farmers and to create positive sentiment ahead of the 2020 election to pump the stock market.

In reality, the trade war is a winner take all game, it’s really about empire, and how Washington is attempting to prevent China from becoming the next global superpower. Hence the reason for tariffs, which is an attempt by President Trump, the Pentagon, and US corporate elites to limit China’s ascension.

The decoupling will be slow at first, then rapid. We’re already seeing small to medium-sized Chinese companies being denied IPOs on Nasdaq. President Trump has already banned Haweui access to key US markets. And now, the next evidence that the decoupling is gaining momentum comes from the US Department Of The Interior.

The Department has grounded its entire fleet of 800 drones for fear that Chinese hackers could spy on critical infrastructure, reported The Wall Street Journal.

“Secretary Bernhardt is reviewing the Department of the Interior’s drone program. Until this review is completed, the Secretary has directed that drones manufactured in China or made from Chinese components be grounded unless they are currently being utilized for emergency purposes, such as fighting wildfires, search and rescue, and dealing with natural disasters that may threaten life or property,” the Department told The Verge via an email statement.

US officials worry that the Department is relying too heavily on Chinese drones and has put critical infrastructure at risk of being spied on by the Chinese.

Last month a bipartisan bill was introduced that would limit federal agencies from purchasing Chinese drones.

A DJI spokesperson told The Verge in a statement that the latest grounding of their drones by the Department Of The Interior is rather “disappointing.”

“We are aware the Department of Interior has decided to ground its entire drone program and are disappointed to learn of this development…As the leader in commercial drone technology, we have worked with the Department of Interior to create a safe and secure drone solution that meets their rigorous requirements, which was developed over the course of 15 months with DOI officials, independent cybersecurity professionals, and experts at NASA. We will continue to support the Department of Interior and provide assistance as it reviews its drone fleet so the agency can quickly resume the use of drones to help federal workers conduct vital operations,” the DJI spokesperson said.

The Department’s decision to ground Chinese drones is a clear trend of what’s to come in the year ahead: more groundings across a wide array of agencies.

Just wait until the groundings start hitting state and local municipalities and lower-level agencies. It’s going to be a nightmare.

Nevertheless, when the government starts banning certain Chinese products from consumers, you’ll know the great decoupling between the US and China is imminent.

For this to all happen, the Trump administration will need to ramp up Sinophobia propaganda to convince the American people that decoupling is the right move.